ACCESS ALLOWED. The Comelec gives permission to members of the media and election observation groups to enter the premises of the National Printing Office on Tuesday, March 15, 2022, the first time since the poll body began printing the official ballots for the 2022 polls in January.

MANILA, Philippines – The Commission on Elections (Comelec) will authorize the random sampling of official ballots, amid controversy that the poll body did not allow election stakeholders to observe the operations in the National Printing Office (NPO). 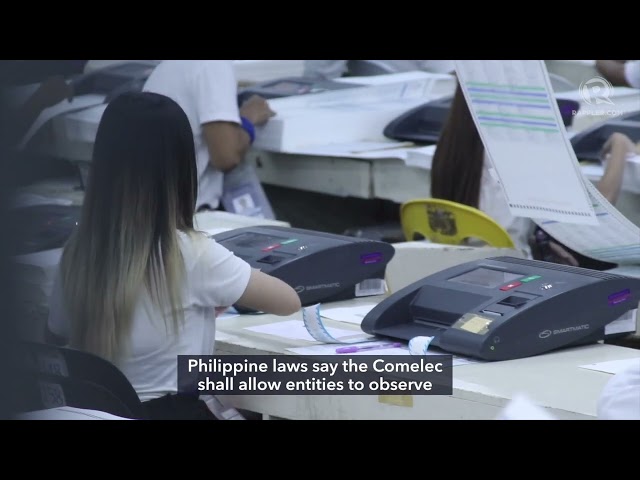 The Comelec’s announcement on Tuesday afternoon, March 15, came hours after election lawyer Romulo Macalintal suggested that two to three ballots from each municipality be checked by accredited entities to make sure they are in the right condition.

“The Comelec will not be a hurdle to those suggestions. That is a reasonable request that should be granted to ensure that we are transparent and accountable,” Commissioner George Garcia said in Filipino in an ambush interview at the NPO.

“But if possible, our request is for them to send us a letter as soon as possible so we can come up with the guidelines,” Garcia added, noting that the seven-member Comelec en banc is ready to discuss the proposal in their session on Wednesday, March 16.

Garcia said that once the proposal is formally approved, political parties, represented by their lawyers, can check random ballots and see whether they will be recognized by the vote-counting machines. 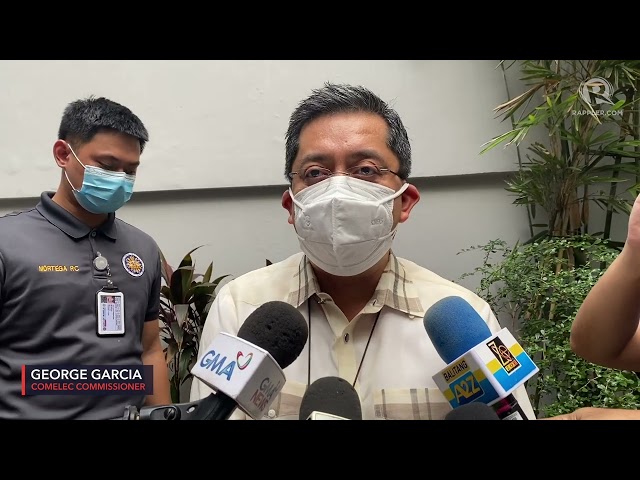 The Comelec has been criticized for not giving election stakeholders access to the NPO, where 67.4 million ballots were being printed for the 2022 elections.

The poll body said strict pandemic restrictions were the reason why it had to postpone observation by various groups of the printing process earlier this year, when Metro Manila and other parts of the country grappled with a COVID-19 surge.

But stakeholders were unconvinced by the explanation, saying Comelec could have at least conducted a livestream of the printing to ensure transparency.

“Printing these sensitive official documents to be used in the exercise of our constitutional right to vote, without the presence of the parties and the candidates’ watchers, as mandated by law, is a clear violation of their constitutional rights of due process as they were unlawfully denied of their right to be represented during the printing of such very important election documents,” Macalintal said on Tuesday morning.

The Comelec opened the NPO to election observation groups and members of the media on Tuesday afternoon, in the wake of surge of criticisms.

“This is part of our program for complete transparency, subject only to the limitation that we will not allow to compromise the security of the ballot and configuration of the SD cards,” Comelec Chairman Saidamen Pangarungan said.

Of this number, only 37.2 million ballots have undergone verification to ensure they are in good quality. From this batch, 34.7 million ballots are ready for shipment when the delivery to various parts of the Philippines begins on April 20. – with a report from Sabrina Joyce Go/Rappler.com