Facebook Twitter Copy URL
Copied
'Only one Duterte can run in 2022,' says Malacañang about the President's latest stance on his plans for next year's elections 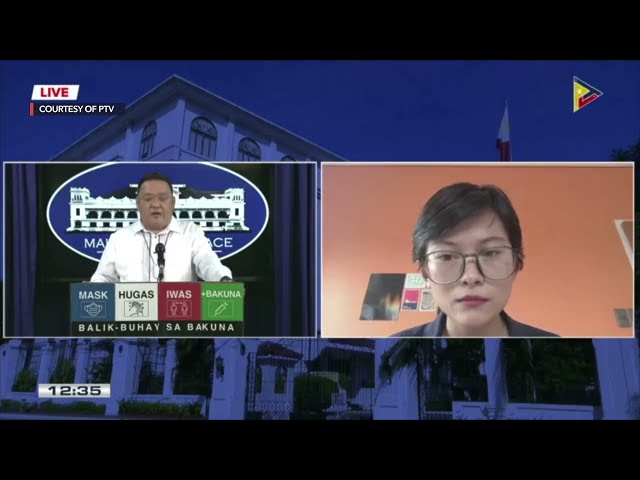 This is a video clip of Presidential Spokesman Harry Roque saying President Rodrigo Duterte has firmed up his plan to run for vice president because he believes his daughter, Sara Duterte, will not run for president in 2022.

Roque said this during a press briefing on Thursday, August 26.

Duterte’s stance, claimed Roque, is that “only one Duterte” can run in the presidential and vice presidential elections next year. (READ: Duterte says he, Bong Go stepping aside if Sara runs for president)

What supposedly convinced the President was Sara’s statement on Wednesday belittling his party, PDP-Laban, and urging him and his longtime aide, Senator Bong Go, to be more forthright to the public about their 2022 plans. – Rappler.com