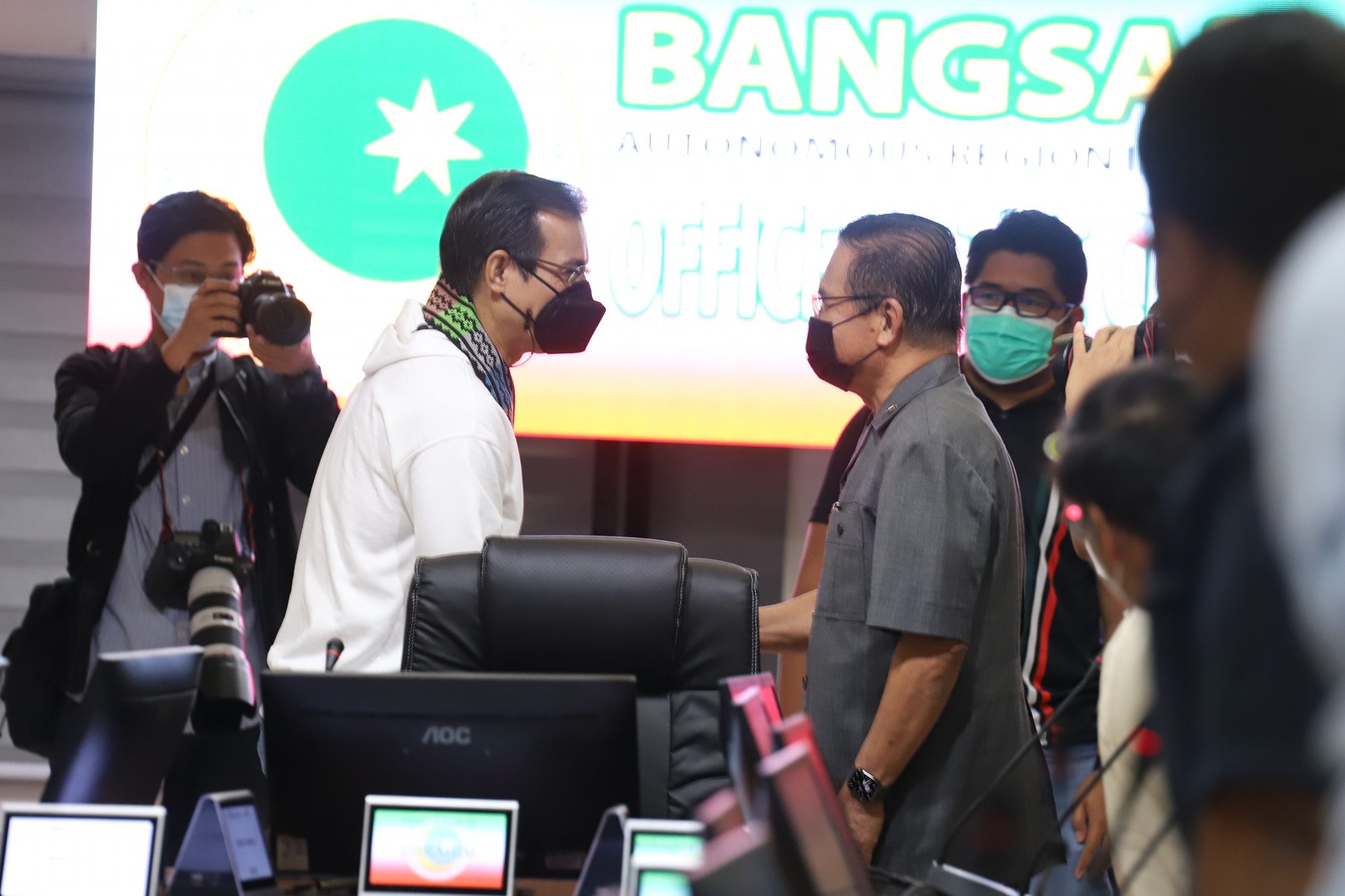 During the meeting at the Bangsamoro Government Center, Murad even referred to Moreno as “incoming president,” heartening words for the candidate’s team.

But Bangsamoro Education Minister Mohagher Iqbal told Rappler that the phrase was not a formal endorsement.

“Any of the presidential candidates, if he or she wins, can be ‘incoming president.’ That is the context of the statement of the Chief Minister,” he told Rappler later on Monday.

No formal UBJP endorsement yet

“Not yet,” he told Rappler on Monday.

“Our position in the UBJP is to allow the national candidates to present their platform of government, and in particular, their agenda on the Bangsamoro peace process. We will decide on the basis of what is best for the Bangsamoro people,” said Sinarimbo.

But the party “notes” that Moreno is the first presidential candidate to visit the Chief Minister. Murad was also virtually present at a UBJP event in Maguindanao where Moreno was given a chance to address what the Moreno camp estimated to be a crowd of 40,000, including UBJP members. Rappler could not independently verify the size of the crowd.

Moreno promised “continuity of the gains of peace and progress in Mindanao,” during his meeting with top Bangsamoro officials, said Iqbal.

There were also parts of Moreno’s Sunday speech before UBJP members that Sinarimbo appreciated.

“He has shown enough courage to acknowledge that the ancestry of people in Manila was Muslim such as Rajah Solaiman,” the minister told Rappler.

He was referring to the start of Moreno’s speech when he recalled the 1571 Battle of Bangkusay, the last resistance of Muslim natives to Spanish rule near Tondo, which was a Muslim kingdom at the time.

In June last year, Moreno himself led the unveiling of a Battle of Bangkusay marker in Moriones, Tondo to mark the showdown’s 450th anniversary.

Sinarimbo also said Moreno “demonstrated his commitment to equality” when he built Manila’s first Muslim cemetery within the South Cemetery. Moreno inaugurated the cemetery in June 2021.

Asked why Moreno was the first bet to score a meeting with Murad, Iqbal said it was simply because the Manila chief was the first to request such a meeting.

It’s a tricky choice for Murad who is keen on staying on Duterte’s good side given the Mindanaoan Chief Executive’s support for the Bangsamoro government, his critical help in the passage and ratification of the Bangsamoro Organic Law, and the postponement of the new region’s first elections.

Duterte was also the one who appointed Murad Interim Chief Minister along with the rest of the members of the Bangsamoro Transition Authority.

While Duterte has not yet endorsed any would-be successor, some of his PDP-Laban party mates and a major 2016 Duterte volunteer group are openly backing Moreno. Maguindanao 2nd District Representative Toto Mangudadatu, a key ally of the President in Mindanao, has also endorsed Moreno and hosted him in his province. Mangudadatu is Murad’s and UBJP’s Maguindanao gubernatorial candidate. Maguindanao (including Cotabato City) is the Bangsamoro region’s most vote-rich province, with over 939,000 registered voters.

In contrast, Duterte has publicly criticized Ferdinand Marcos Jr. in past speeches while Vice President Leni Robredo is the opposition’s candidate. Senator Manny Pacquiao has also locked horns with Duterte on corruption allegations, while Senator Panfilo Lacson is openly critical of many of the President’s policies. – Rappler.com