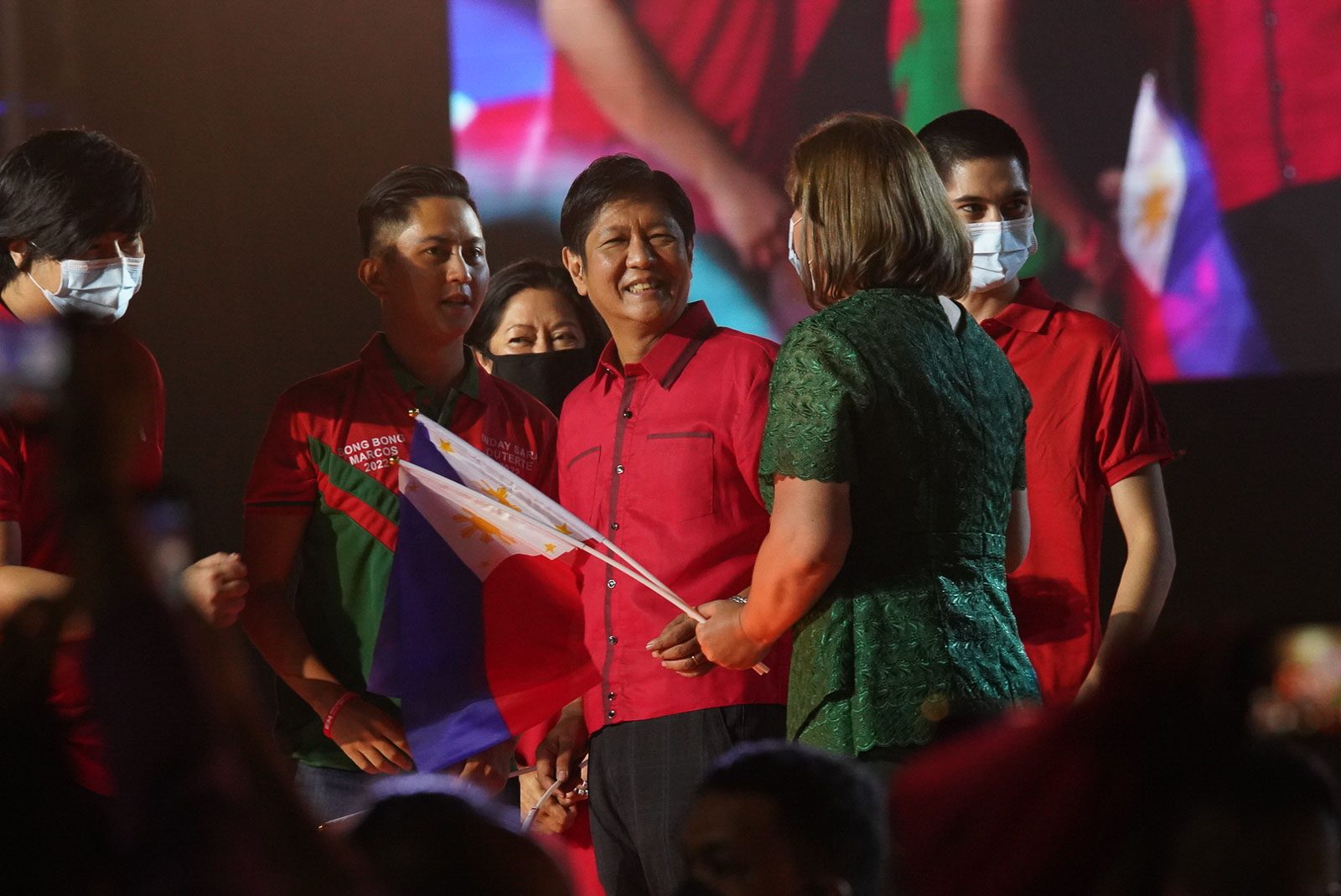 PROCLAMATION. Uniteam standard-bearer Ferdinand 'Bongbong' Marcos Jr. and running mate Davao City Mayor Sara Duterte kick off their campaign for the May elections at the Philippine Arena in Bulacan on February 8, 2022. Photo by Rappler

Facebook Twitter Copy URL
Copied
The only thing that can potentially shatter this is his running mate Sara Duterte, who has her own senatorial picks 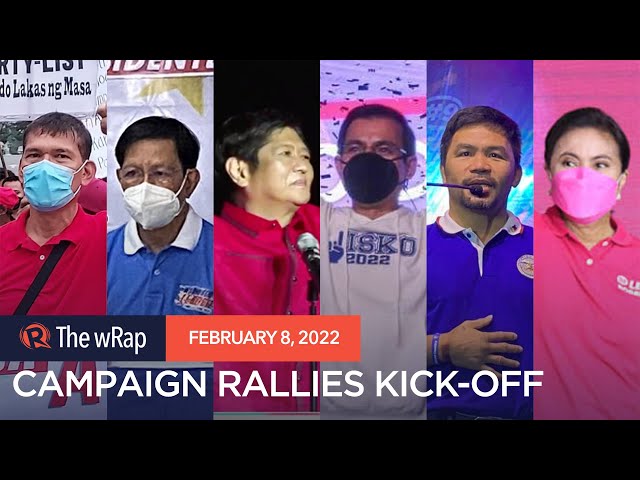 MANILA, Philippines – Skipping references to previous leaders and opponents, and skipping platforms too, presidential candidate Ferdinand “Bongbong” Marcos Jr stuck to a disciplined message of unity on Tuesday, February 8, a campaign branding that could do no wrong given his survey numbers.

In a speech that lasted 20 minutes at his proclamation rally at the Philippine Arena on Tuesday, Marcos mentioned the Filipino word for unity 21 times.

Unlike typical political speeches that usually hit rivals, Marcos used his proclamation to say he’s not out to make enemies.

(We’re not war freaks, we don’t look for trouble. All we want is decent life for ourselves, our families and our country.)

This strategy of keeping the message light and positive works for him in big ways, because it also avoids talking about the human rights abuses and corruption of his father during the dark period of Martial Law.

Marcos also didn’t mention any platform. He rarely does in his campaign events, as he is only compelled to detail his plans during media interviews, which he has been selective of so far.

(We will take the Philippines not to where it was before, but to bring our beloved country to greater heights. So we can face the whole world, and we can say again, shout to everyone that I am a Filipino, and proud.) The only thing that can potentially shatter this theme of unity comes from the Uniteam itself – his running mate Sara Duterte has been doing solo events with her motorcycle rides.

And on stage at the Philippine Arena, Marcos opened his speech the way he always does – acknowledge Sara.

(I am the luckiest presidential candidate in this elections because my partner, my vice president, is the best, most competent and most of all, has the strongest conviction and love for country, Mayor Sara Duterte.) 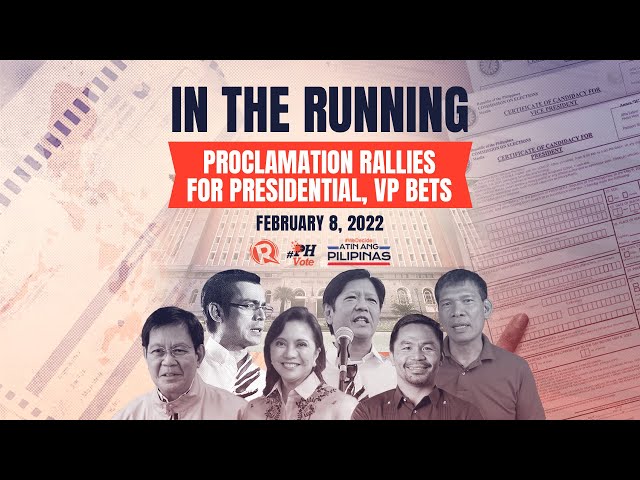