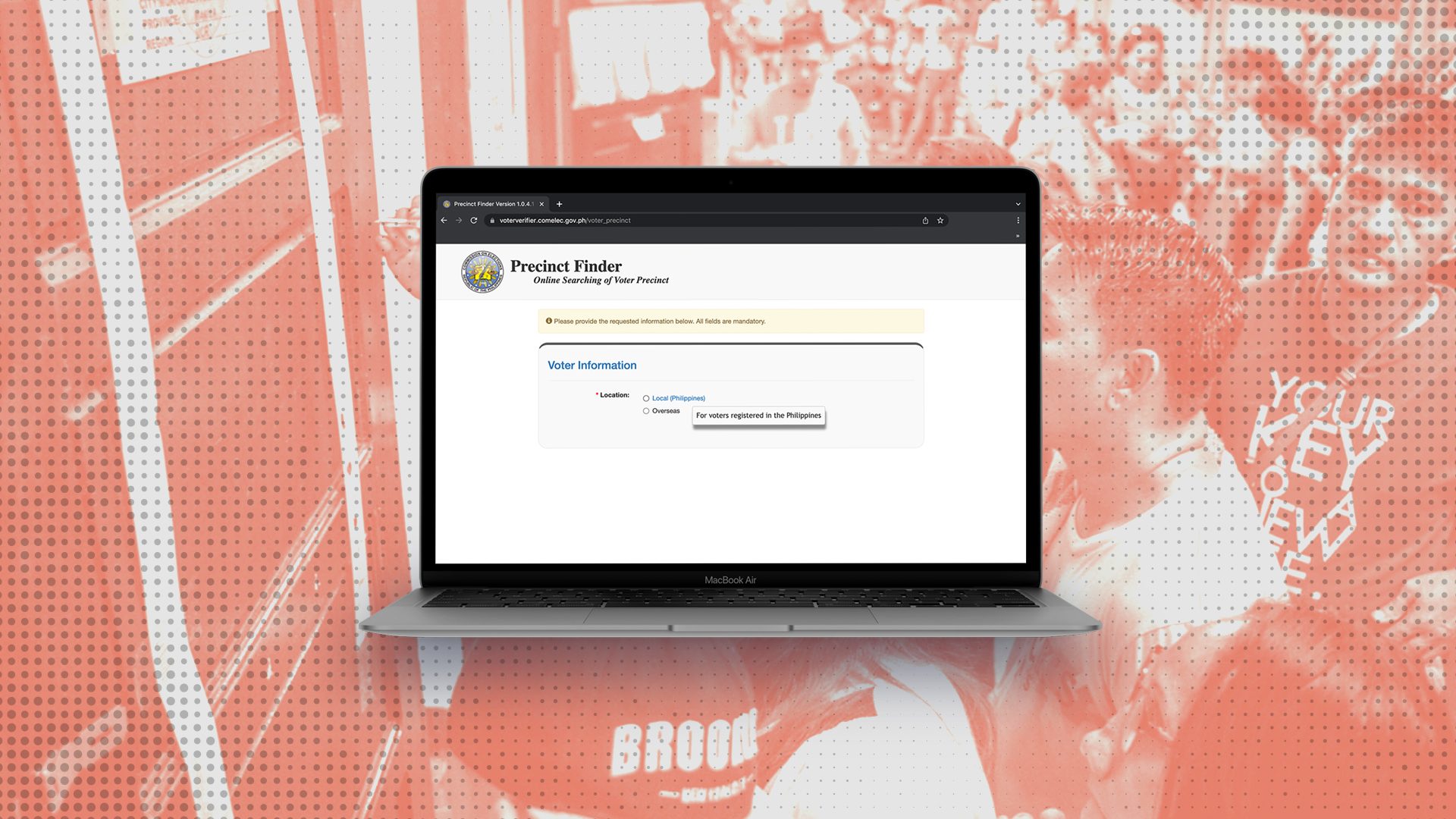 Facebook Twitter Copy URL
Copied
Got some issues with the Comelec's online precinct finder? Here are some potential reasons why, and ways to resolve them.

MANILA, Philippines – The Commission on Elections (Comelec) has activated its online precinct finder in an effort to combat voter disenfranchisement.

But some Filipinos have trouble finding their names on the website, or are suddenly finding out that their voter registration data has been deactivated.

Rappler is here to answer some frequently asked questions.

I didn’t vote in 2019, but cast my ballot in 2016. Why does the precinct finder say my voter data is deactivated?

The Comelec deactivates accounts of voters who failed to participate in the last two consecutive elections.

The 2018 barangay elections is counted as a regular election, so if you also missed that one, you are considered to have missed two elections, and your voter data is considered deactivated.

Because the deadline for voter registration and reactivation ended in October 2021, your next chance to participate in the elections is in December 2022, for the barangay polls, should you decide to have your voter data reactivated.

(READ THESE #PHVote GUIDES: How to reactivate your voter registration | How to apply for online reactivation of voter data for the 2022 polls)

I am an overseas voter for the first time, but my voter data in the Philippines is still active. Why is that so?

Some people reported having seen two entries for them: one in the domestic precinct finder, and another in the post finder.

Comelec Commissioner George Garcia said that’s normal, and it just means your registration is active but has been transferred to the poll body’s office for overseas voting.

He also guaranteed this won’t open the risks to double voting schemes.

Why can’t I find my name on the precinct finder even if I am a registered voter?

Make sure you have accomplished the fields properly.

In some instances, voters misspelled their names, did not include suffixes (for example: Jr., Sr., III,) after the first name, or forgot the place where they registered to become a voter.

I voted in 2019, so why is my voter data still deactivated?

We’re not ruling out the possibility that the precinct finder is not 100% accurate, based on complaints online. Comelec spokesman James Jimenez told CNN Philippines on April 23 that aggrieved voters can email itd@comelec.gov.ph, and provide their full name, date of birth, and city or municipality where they registered.

The precinct finder website says voters can also email voterverifier@comelec.gov.ph or call the hotline of their local Comelec offices.

Can this problem be avoided?

Election lawyer Emil Marañon said on April 26 that one common occurrence is that electoral boards on election day would forget reminding voter to sign the election day computerized voters lists (EDVCL), which will be the Comelec’s reference point as to whether you participated in that election.

If your poll worker forgets it, remind them so that you are less likely to encounter issues in the next election. – Rappler.com