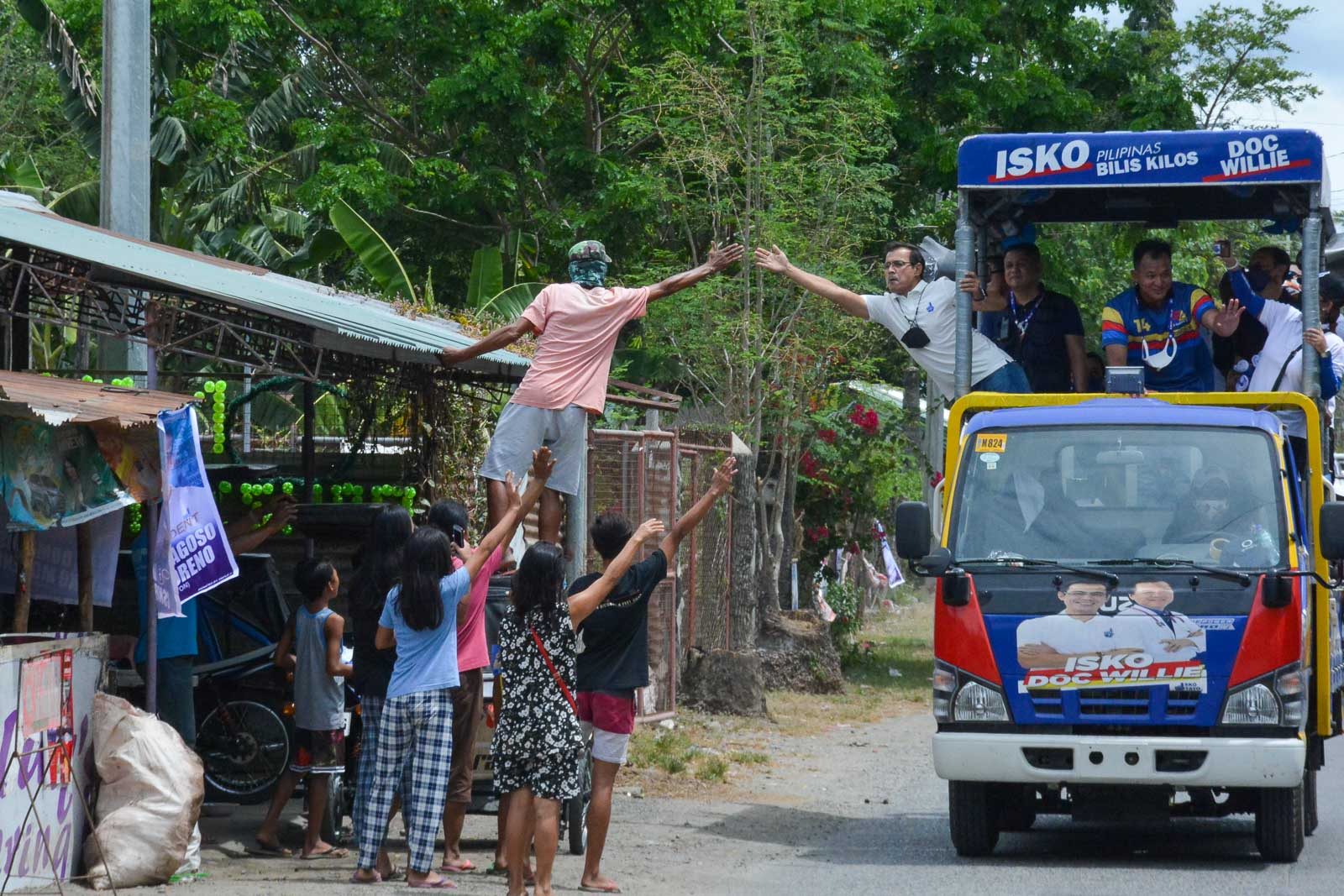 On Saturday, March 12, Banayo said Robredo’s crowd draw may be great “optics,” but it doesn’t mean they can convert enough voters to win in May. He joined other political personalities in claiming that Robredo’s giant crowds are partly driven by “hakot,” a term referring to the practice of transporting people to a place they are not from to boost the crowd size in an event there.

He had been asked by a reporter if he was worried about Moreno’s chances of winning given the large crowds Robredo draws. The Manila Mayor is currently in third place in recent voter preference surveys while Robredo is at second place, behind frontrunner Ferdinand Marcos Jr.

(We aren’t competing in terms of how many supporters you can bring from one province to another, bringing them to Cavite, then to Bulacan.)

“The supporters were the ones who spent money to print out posters, make their own signs, get their own T-shirts… To get to the venue, the people walked, went there on their own. No hakot in this rally,” said Gutierrez in Filipino.

Ernest Ramel, chairman of Moreno’s party Aksyon Demokratiko, had written to the Department of Education to complain about how officials of a public high school in Alcala, Cagayan may have violated the rule prohibiting partisan political activity among government employees.

Baybayog National High School had sent “parental consent” forms to students’ parents asking if they would allow their children to participate in welcoming Robredo during an activity with Alcala Mayor Tin Antonio, who is pro-Robredo. Antonio said the activity was an official one and was to be done in honor of Robredo because she is a sitting Vice President.

Because of criticisms, however, the school canceled the activity.

Robredo spokesperson Gutierrez said the activity was organized independently by the school.

“If Mr. Ramel really wants to go after the teachers of a public high school over this, then that is his option. It certainly reveals a lot about the campaign he is representing,” said Gutierrez.

Ramel quoted Briones’ office as saying the department has “demanded an apology” from the school principal Artemio Te.

Banayo implied that the Robredo campaign team may be using “techniques” to make their crowds bigger than they would have been. When asked by another reporter if photos were being edited to show a larger crowd, Banayo said, “Possible. I don’t really know what technique they are using.”

Banayo contrasted Robredo’s campaign activities with those of his candidate, Moreno, activities he helped coordinate.

Moreno does not hold a lot of campaign rallies like Robredo but does town hall meetings in covered courts which draw much smaller crowds than the Vice President’s rallies. These town hall meetings are typically organized by local volunteers or ally local government officials. They are held in either major cities or villages in rural parts of the province.

Banayo said the Moreno team holds town hall meetings more often because it brings their presidential candidate close to people who are not necessarily supporters.

Duterte also held mostly town hall meetings. His biggest crowd was the one that gathered for his miting de avance the eve before elections in Rizal Park, Manila.

Moreno has also been doing plenty of motorcades which so far have mostly managed to draw plenty of locals to the streets to greet him. – Rappler.com