One of Isko Moreno’s volunteer groups defects to Robredo SWITCH. Leaders of IM Pilipinas unfurl a banner showing their support to the candidacy of VP Leni Robredo, during a press conference in Quezon City on April 12. 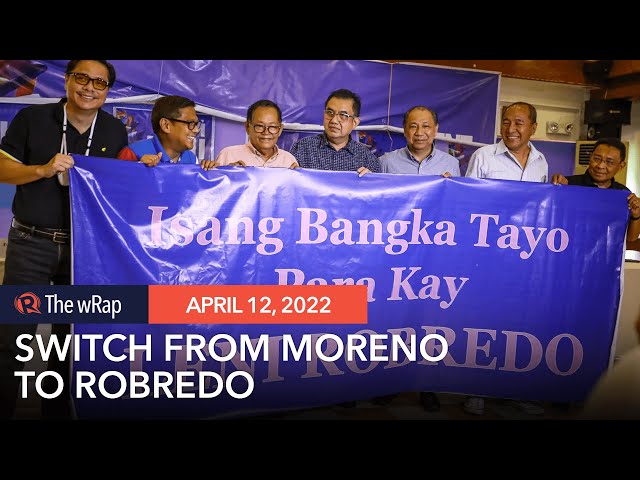 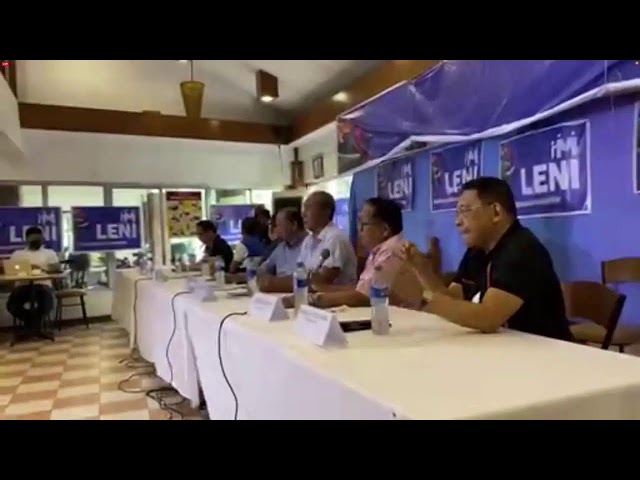 Even before the press conference started, it was apparent what it was going to be about.

Posters saying “IM Leni” with the hashtag “#AngTagumpayAyMaramingKulay” (Victory has many colors) was displayed behind the table of speakers.

“Are we that opportunist? No, we are not. If so, we would go with Bongbong (Marcos) because he’s a sure win. This is still an uphill battle, we don’t know if we will make it to victory but we’d rather bet on someone who, in all trajectories, the pattern, the sentiment, they’re all leaning towards the Vice President,” Argaño told Rappler.

Asked why they decided to switch to Robredo now, not after Holy Week as convenor Tim Orbos had suggested previously, Argaño said, time is of the essence.

“We’re running out of time. If we wait longer, maybe our help will not count for as much,” he said.

Their move comes only a week after its Visayas chapter, led by Nick Malazarte, declared it would be supporting Robredo and no longer the Manila mayor. On Monday, April 11, its Zamboanga chapter held a press conference also switching to Robredo and, for their vice-presidential bet, Sara Duterte.

These groups had also cited Moreno’s far third-place standing in the March Pulse Asia survey as reason for their decision. Moreno’s national campaign team shot back by pointing to a more recent survey, done among mobile phone users, that showed the Manila mayor, not Robredo, in second place.

Before announcing its switch to Robredo, the national IM Pilipinas made calls for Moreno to consider withdrawing or enter into unity talks again with Robredo and other non-Marcos presidential bets.

(The decision of supporters from other sides to choose me is very crucial. Whether from one candidate or from the other candidates, this is crucial because the elections are drawing nearer, and any additional support is always welcome. I’m thankful and I hope we can meet in person so I can personally thank them.)

The decision of the national IM Pilipinas to switch to Robredo matters because it was one of the earliest groups to back Moreno’s bid and claimed to have 800,000 members nationwide.

Dani Enriquez, head of another Isko Moreno volunteer group, described IM Pilipinas in a Rappler Talk interview, as a “very significant” volunteer group that was “one of the most active.” 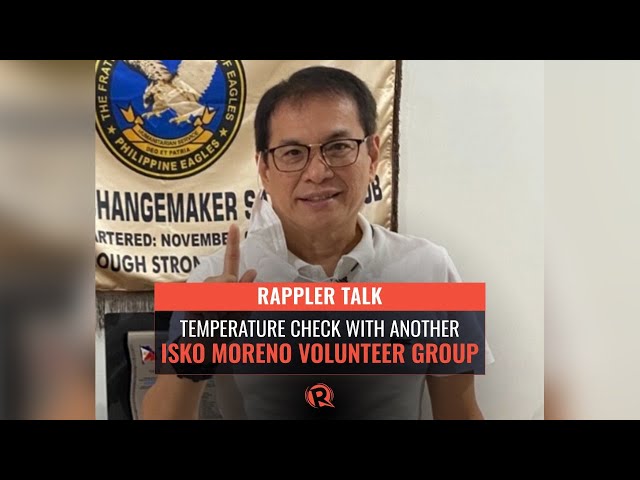 However, he said there are still over 100 active volunteer groups last time he checked.

Enriquez implied that one factor in IM Pilipinas’ defection was the national campaign team’s unwillingness to fund some of its initiatives.

“They can’t implement what they want to do because they have their own style, so maybe they got frustrated,” he said in Filipino.

In a meeting of Isko Moreno with representatives from various volunteer groups in March, the candidate emphasized he didn’t want volunteers to rely on national campaign team funding because he wished efforts to be as “organic” as possible. But this supposedly ran counter to what IM Pilipinas was proposing.

“IM [Pilipinas] was proposing some ways for the campaign but they couldn’t reconcile it with the idea of Yorme (Isko). We were sold on his (Moreno’s) idea because Yorme wants a more organic operation, meaning to say, from the people… When you operate, you need to send some financial support on the ground but Yorme’s direction is from the heart of people who are really supporting him,” said Enriquez.

Argaño denied in another Rappler Talk interview that they asked the national campaign team for funding. – Rappler.com