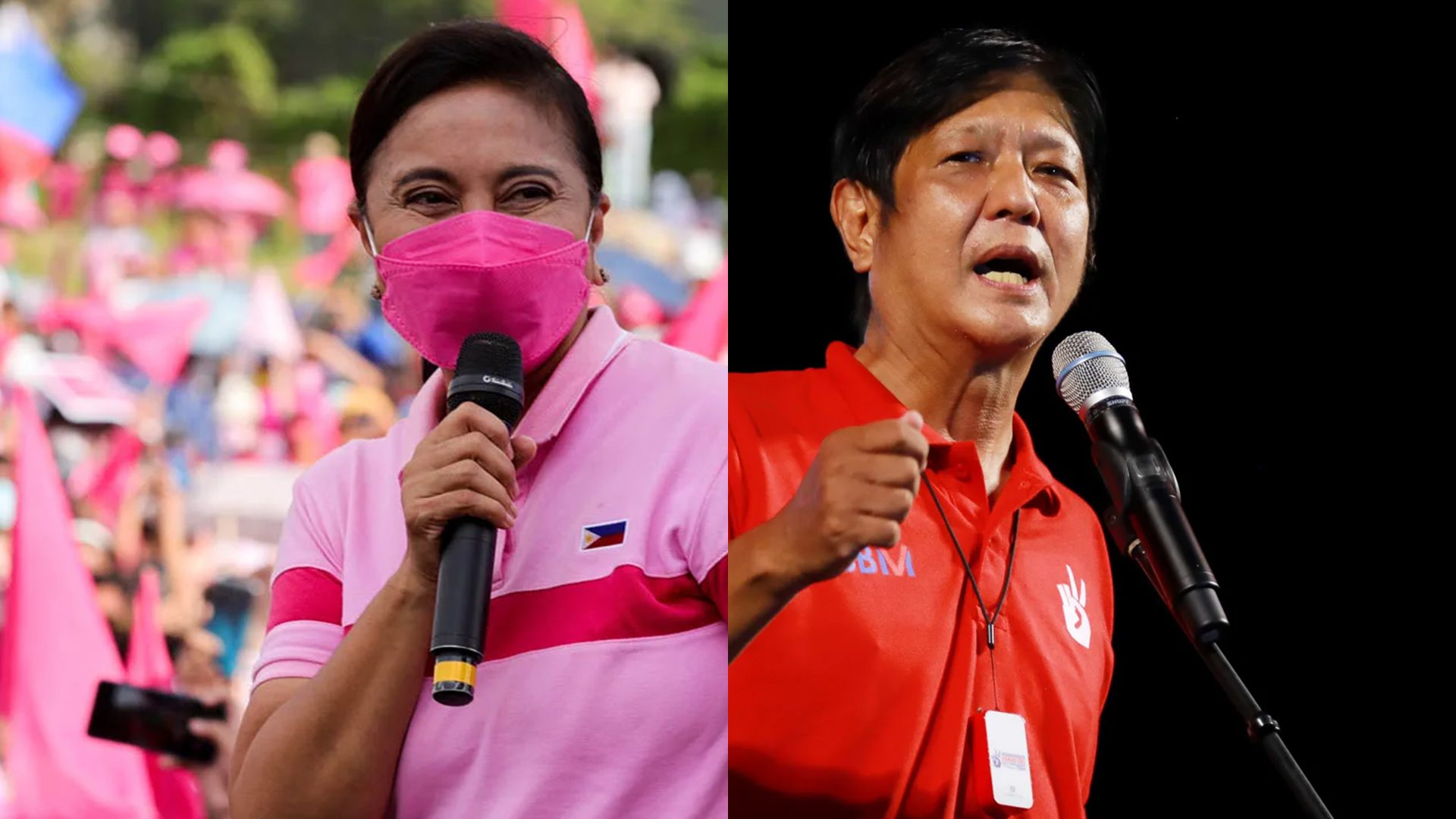 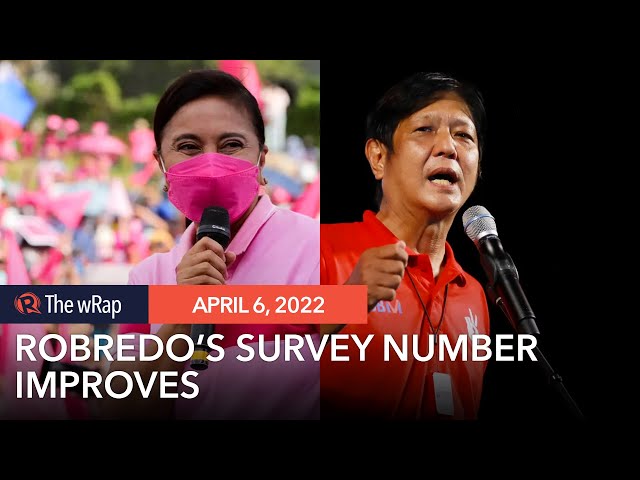 The latest Pulse survey showed that if elections were held during the survey period, 56% of voters would pick Marcos Jr. as president – a 4-point drop from his February 2022 numbers.

Robredo’s voter preference rating jumped by 9 percentage points, or to 24% from 15% in February.

In most of March, Marcos Jr. and his running mate, Sara Duterte, seemed to have buckled down on campaigning in Luzon. It was also in March when Robredo and her running mate Senator Kiko Pangilinan continued to draw huge crowds in campaign rallies across the country, even in areas considered voting bailiwicks of their rivals.

On March 20 or a day before the final day of the survey period, over 100,000 people gathered in Pasig City for the Robredo-Pangilinan tandem, their biggest campaign sortie to date.

The Robredo camp attributed the higher numbers of the Vice President to their ground campaign.

“The survey numbers are starting to reflect what we have been seeing on the ground all along: the massive crowds, the fierce passion, the untiring commitment of Filipinos from all walks of life, coming together to rally behind Leni Robredo’s bid for the Presidency,” Barry Gutierrez said in a statement. “What we are seeing now is the turning of the tide.” – Rappler.com