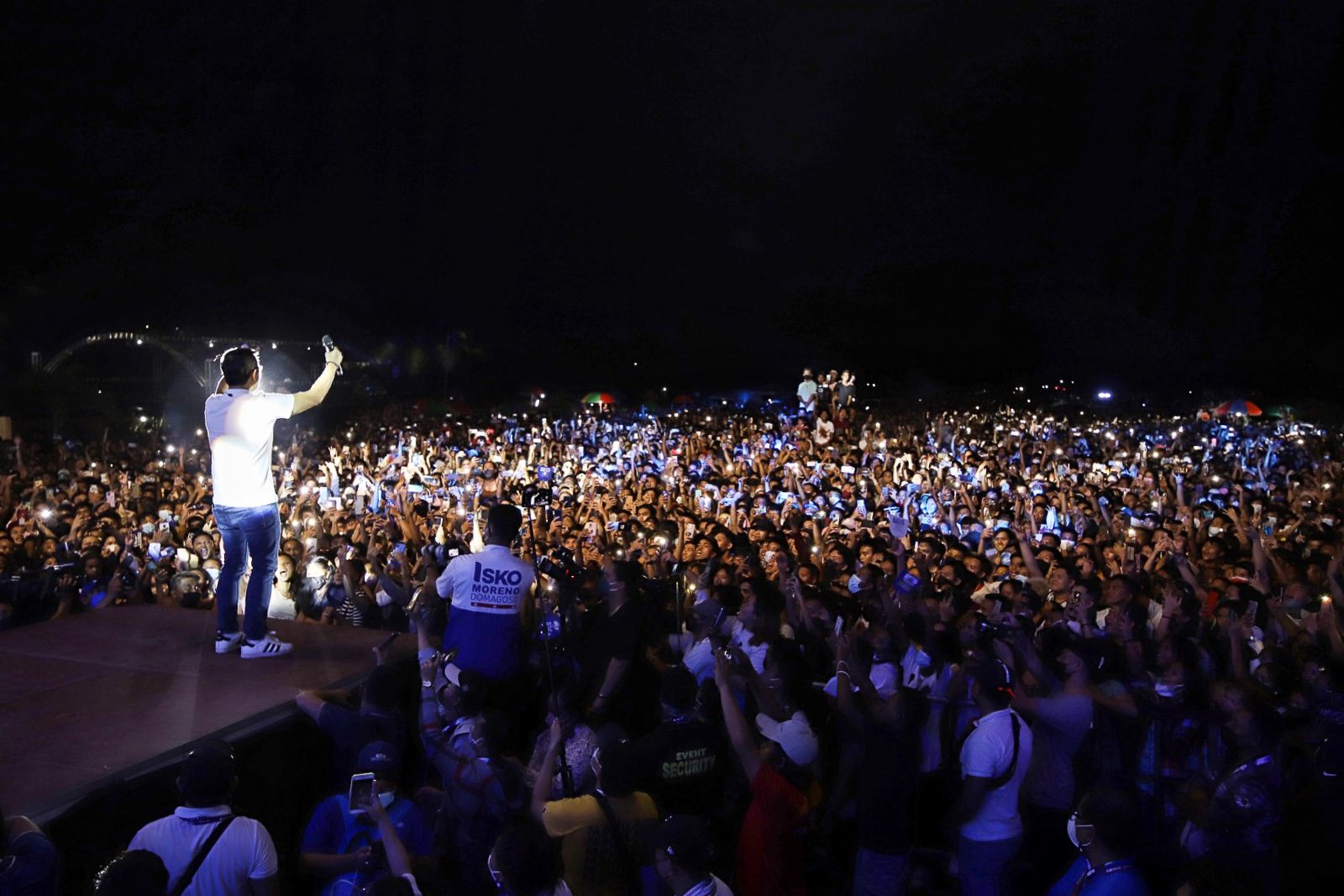 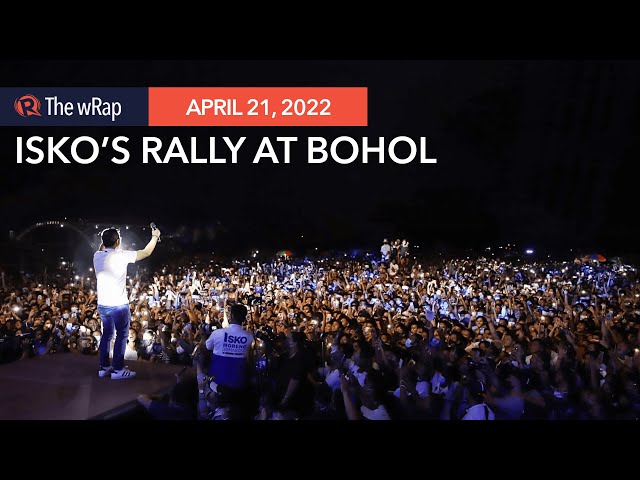 MANILA, Philippines – A large crowd, mostly young in age, showed up for Isko Moreno and Aksyon Demokratiko candidates for their concert-rally in Tagbilaran, Bohol on Wednesday, April 21, a culmination of campaign events in the Visayas province.

Moreno’s campaign team estimated the crowd to have numbered 40,000 at its peak. The concert, dubbed “Bilis Kilos ISKOncert,” was held at the Old Tagbilaran Airport.

The 47-year-old Moreno seized on the youth of the crowd to make a pitch for a presidency that is youthful, energetic, and open to innovation – leadership he has sought to project since day one of the campaign period.

He promised to deliver a “simple government” that would attend to the basic needs of Filipinos and put aside any political bickering and vengeance-seeking.

(Do you want affordable goods, cheap electricity, fast internet, jobs, housing, schools, hospitals? That’s the government I am offering you.)

He did not miss the chance to repeat his common refrain of “ending the fight between reds and yellow-pinks,” referring to the camps of former senator Ferdinand Marcos Jr. and Vice President Leni Robredo, who are ahead of him in voter-preference polls.

“We youth will end the fighting of the big politicians. Don’t forget the capability of the youth on May 9. We youth will write our destiny,” said Moreno in Filipino.

As in his Caraga sorties, Moreno was joined onstage by his actor son, 20-year-old Joaquin Domagoso.

The Commission on Elections estimates that some 56% of the country’s 65.7 million registered voters are in the youth age groups, or are between 18 to 41 years old. This means the youth vote could make a big impact on election results in May.

Before the rally, Moreno, running mate Willie Ong, and Aksyon senatorial candidates held smaller rallies in Catigbian town and Calape town. The gym venues in these rallies were nearly filled up by Moreno’s audience.

The highlight of Moreno’s meetings with Bohol local government officials was his morning courtesy call on the province’s governor Arthur Yap, also an ally of President Rodrigo Duterte.

Yap welcomed him at the steps of the provincial capitol and even held a joint press conference with the Manila mayor. The warm reception appeared to stem partly from Moreno’s quick assistance to the provincial government after Typhoon Odette in December.

(You did not forget us during Typhoon Odette. You were here within a few days. I will never forget how you brought aid, generators, financial assistance.)