Once entered, the web address will eventually redirect to bongbongmarcos.com.

Although the kaleody.com web address is not the official uniform resource locator (URL) of another presidential candidate and labor leader Leody de Guzman, the url still used his name. De Guzman’s official website is kaleody.org, recently launched on February 20.

A quick search using domain lookup tools showed that the kaleody.com web address was created only on February 23, three days after the official website of De Guzman was launched.

Domain lookup tools are initial tools that can be used to check for a website’s information. Upon checking with Whois.com, the kaleody.com web address was registered on February 23, 2022.

In a statement, De Guzman said he and his camp are now eyeing a possible legal action against their so-called “domain grabbing.”

(We’re studying the possible filing of cases against the mastermind behind this domain grabbing. We have evidence proving that kaleody.com redirects to bongbongmarcos.com. For the information of everyone, my campaign website is kaleody.org.)

The Partido Lakas ng Masa bet also called on authorities to probe the incident. Rappler has also reached out to the camp of Marcos Jr, but the presidential candidate has yet to provide a response. 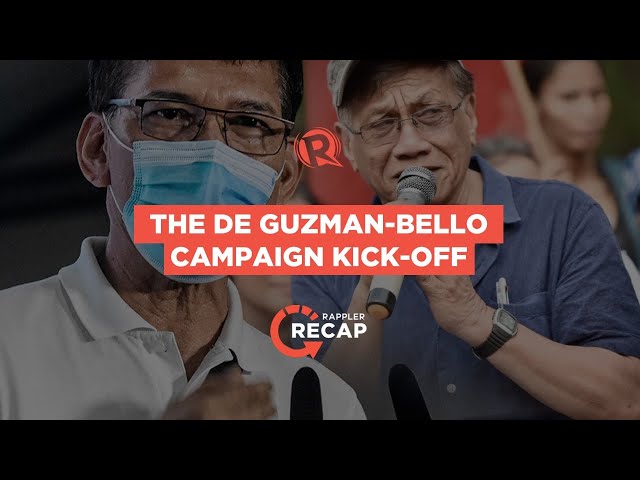 De Guzman is known for his anti-Marcos stance. He and running mate Walden Bello said among the reasons why they are running is to fight their so-called “Marcos-Duterte Axis of Evil.”

Among De Guzman and Bello’s platforms is the recovery of ill-gotten wealth from the Marcoses. If they win, the tandem would also want to exhume the remains of late dictator Ferdinand Marcos from the Libingan ng mga Bayani. – With a report from Lian Buan/ Rappler.com