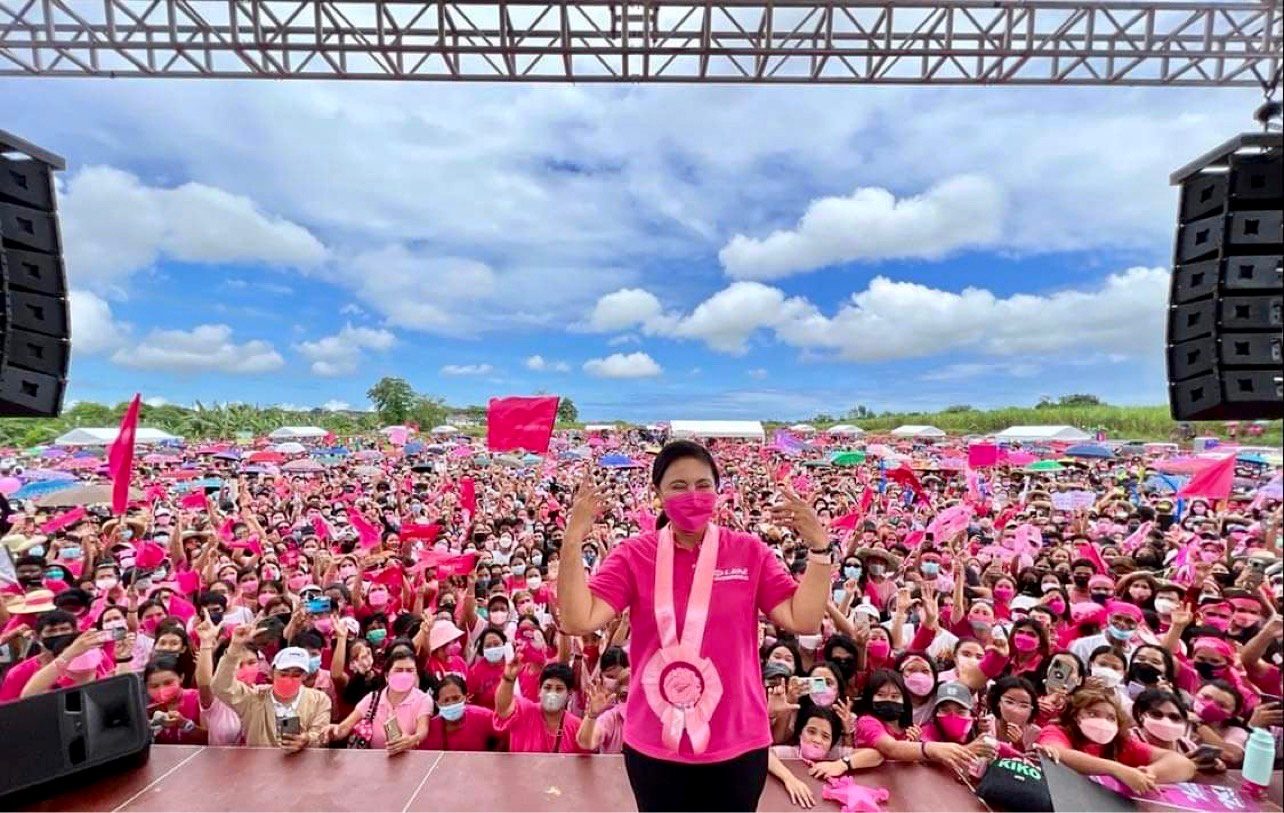 SAGAY CITY, Philippines – Vice President and opposition presidential candidate Leni Robredo hailed Negrenses’ intense grassroots campaign for her presidential run and told a cheering crowd of thousands here that their next meeting could just be at a victory party.

The campaign, she said, needs to convince the undecided to back presidential and vice presidential bets “with no taint of corruption.”

The head of her campaign team in Negros Occidental, former governor Rafael Coscolluela ,said they have spent the last few months – even at the height of the pandemic – training urban, middle class youth and professionals to become grassroots organizers.

The churches of Negros, with their long history of activism, are among Robredo’s strongest supporters.

While technically, they do not endorse candidates, the clergy and the religious tackle themes and issues that make it hard to avoid political discussion. (WATCH: ‘Church cannot be neutral about good or evil’ – Archbishop Villegas)

At the new St. Joseph Parish church, packed from doors to the, the clergy were effusive in their praise as they prayed over Robredo and her running mate, Senator Francis “Kiko” Pangilinan.

She was called “the winner in the eyes of God,” with a prayer for discernment among the people.

Despite a grave threat hurled against Robredo by a Facebook user, she did not change her campaign style, which involved direct engagement with the people – personally hearing their stories, leaning forward, and patting people’s backs.

While her security were on alert, there was no paranaoia, and no brusque pushing away of admirers.

It took her at least 15 minutes to navigate the few meters between the stage and the exit gate because of a mob of admirers wanting to chat with her or take photographs.

Several priests called her the voice people on the margins of society sorely need.

At the Sagay rally, Robredo told followers to embrace the differences among the many groups backing her candidacy.

“Kahit nagkakaiba-iba, tayo ay nagkakaisa (We are united despite our differences),” Robredo said.

The campaign fervor, she added, is not so much because people love her but because they recognize that the May 2022 elections is a fight for the future of their families and the nation.

(We will prove to everyone that power rests in the hands of the orginary Negrense!… The next time we’re around, it may be for a victory party.)

In Ilonggo, Representative Cueva told Negrenses: “She doesn’t stay in offices. She goes around the whole country. She’s a Wonder Woman. May giyera, may pandemic (There’s a war, a pandemic)? Leni is with us, helping us.
When we have problems, Leni is there to help solve the these.”

“Life is hard but I will stand with you. This time, join me in fighting for the woman who can change our lives,” Cueva added. – Rappler.com