Facebook Twitter Copy URL
Copied
'He put the election process in mockery or disrepute because his purpose was mainly to have his family's political comeback in Malacañang,' the petition reads

One of the four petitions against the 2022 presidential bid of former senator Ferdinand “Bongbong” Marcos, Jr. asked the Commission on Elections (Comelec) to declare him a nuisance candidate, arguing he does not have genuine intentions to run for the country’s highest post.

The petition was filed by presidential aspirant Danilo Lihaylihay on October 11, but was only made public on November 19, after Rappler obtained copy of the documents from a credible source.

“He put the election process in mockery or disrepute because his purpose was mainly to have his family’s political comeback in Malacañang,” the petition read.

The petitioner also attached a copy of Marcos’ July 1994 letter to the Presidential Commission on Good Government where the late dictator’s son asked for a commission on all ill-gotten assets that would be returned to the Philippine government.

“Where in hell does a person whose family had been proven by the Honorable Supreme Court to have plundered peoples’ money amounting $698 million US dollars has the temerity of filing [certificate of candidacy] for president…?” Lihaylihay further argued.

He also claimed that Marcos aims to “lift the sequestration of all their global ill-gotten wealth,” and said that was proof that Marcos has no bona fide intention to run for office.

To make this argument, the petitioner attached a copy of a 2013 Kilusang Bagong Liwanag letter (different from Kilusang Bagong Lipunan) which was received by the office of then-Ilocos Norte 2nd District Representative Imelda Marcos, the country’s former first lady.

The letter, which called on Marcos Jr. to run for president in 2016, said that his platform should include “[lifting] sequestration in order to use the sequestered Marcos wealth to pay the government debt, fund infrastructure and other public welfare projects to end poverty,” among other things.

“Wherefore, premises considered, it is most respectfully prayed of this honorable commission to declare Ferdinand R. Marcos Jr. as nuisance candidate and refuse to give due course to and cancel his certificate of candidacy for president,” the petitioner wrote. 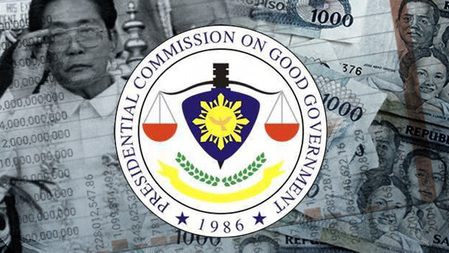 Comelec spokesman James Jimenez confirmed on Thursday, November 18, the existence of such a petition filed before the poll body. No announcement has been made as to whether it has been resolved.

As of 2020, the Philippine government has recovered P174.2-billion worth of ill-gotten wealth by the Marcos family.

In 2019, the Sandiganbayan junked Lihaylihay’s petition urging the anti-graft court to compel the Bureau of Internal Revenue to give him a P29-billion reward for his supposed efforts to recover the Marcos family’s ill-gotten wealth.

Marcos’ bid one of the most legally challenged

Lihaylihay’s petition is one of the lesser known efforts to block Marcos’ 2022 presidential bid.

Civic leaders sought to have Comelec cancel his candidacy papers in a November 2 petition, while Martial Law victims filed a disqualification case against the late dictator’s son on November 17.

In total, there are four petitions against Marcos’ attempt to win the country’s top post.

Jimenez said Marcos’ Malacañang bid is shaping up to be one of the most contested in Philippine history.

“In 2016, wala akong nakitang ganito karami, except iyong kay [Grace] Poe (I didn’t observe this high number of cases, maybe except for Poe’s),” he said.

The Marcos camp has dismissed the petitions seeking to block his 2022 presidential bid as nuisance and propaganda. – Rappler.com– Rappler.com