Manny Pacquiao not willing to run for vice president in 2022 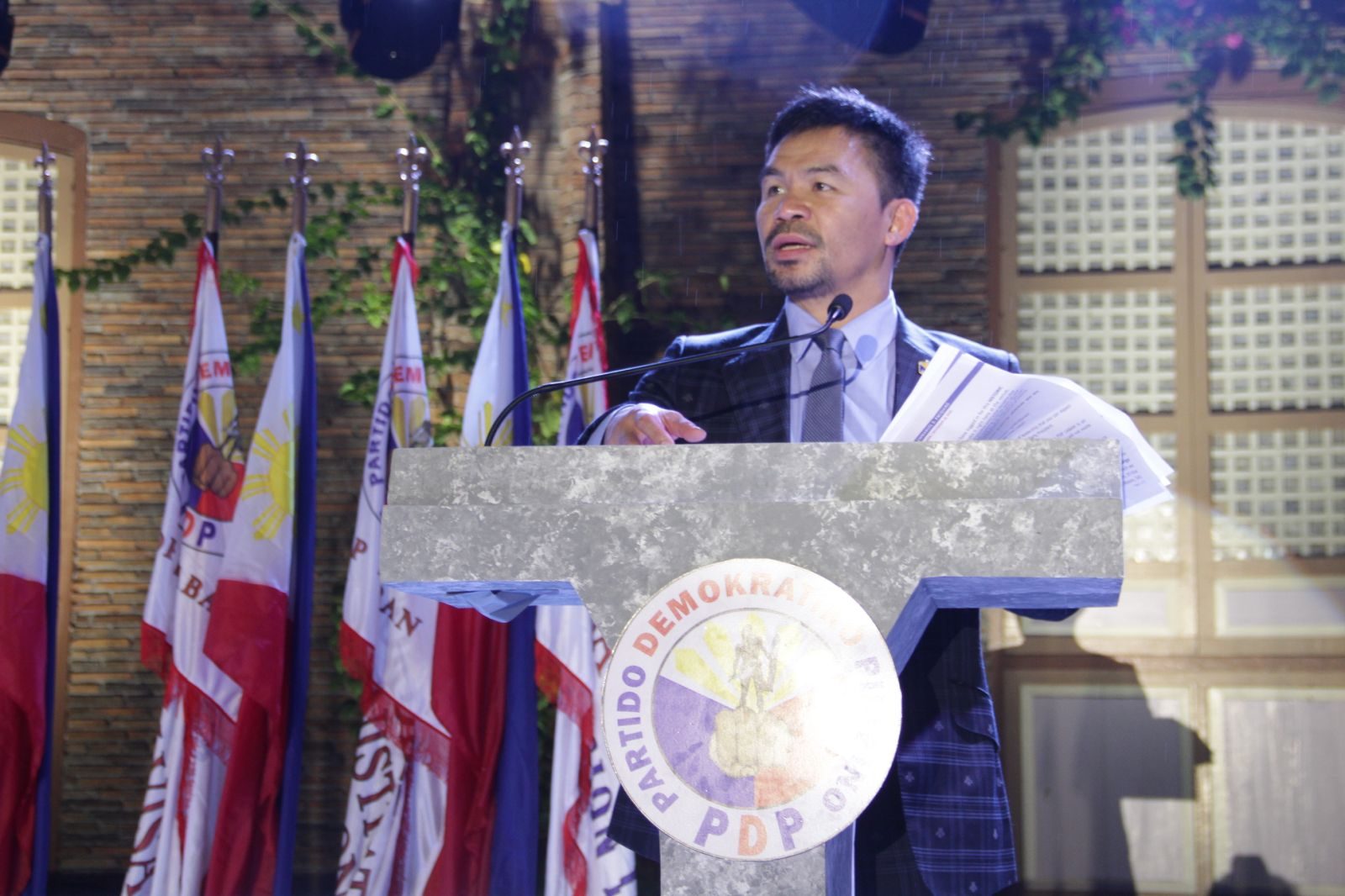 2022 PLANS. Senator Manny Pacquiao says he does not want to run for vice president next year.

Senator Manny Pacquiao said he was not willing to run for vice president in the 2022 presidential elections because he wanted to have an “active” role in government.

For Pacquiao, the vice presidency was not the best platform for him to accomplish his goals for the country.

(You know, if I am only after a position, I can run for senator, vice president but I want a position that can help me effect change. I want to be active, I want to be able to do something and not just sit there and do nothing.) 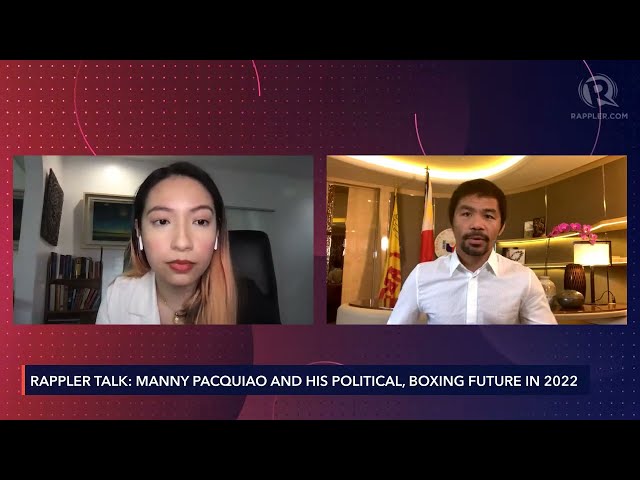 Asked if he saw Vice President Leni Robredo as not doing anything in her role, Pacquiao clarified his statement.

(What I meant was a vice president does something, like help the people. But you really cannot do something about corruption-laden agencies that are under the control of the president. What can you do about it?)

Pacquiao said he has met with other potential presidential and vice presidential bets, including Robredo, Manila Mayor Isko Moreno, and Senator Grace Poe. He, however, said there were no concrete plans yet.

Pacquiao remained coy about his political plans, saying he would announce his decision before the filing of the Certificate of Candidacy in October.

He reiterated he only had 3 options: run for president, run for reelection as a senator, and not run at all.

Once a staunch defender of President Rodrigo Duterte, Pacquiao is now among the president’s newest enemies. Pacquiao is the the president of one faction of PDP-Laban. The other group, led by Duterte and Energy Secretary Alfonso Cusi, has endorsed a different presidential candidate: Senator Bong Go, who earlier declined the nomination.

Both the Pacquiao and Cusi factions are set to hold their respective national assemblies to announce their presidential, vice presidential, and senatorial candidates this month. – Rappler.com