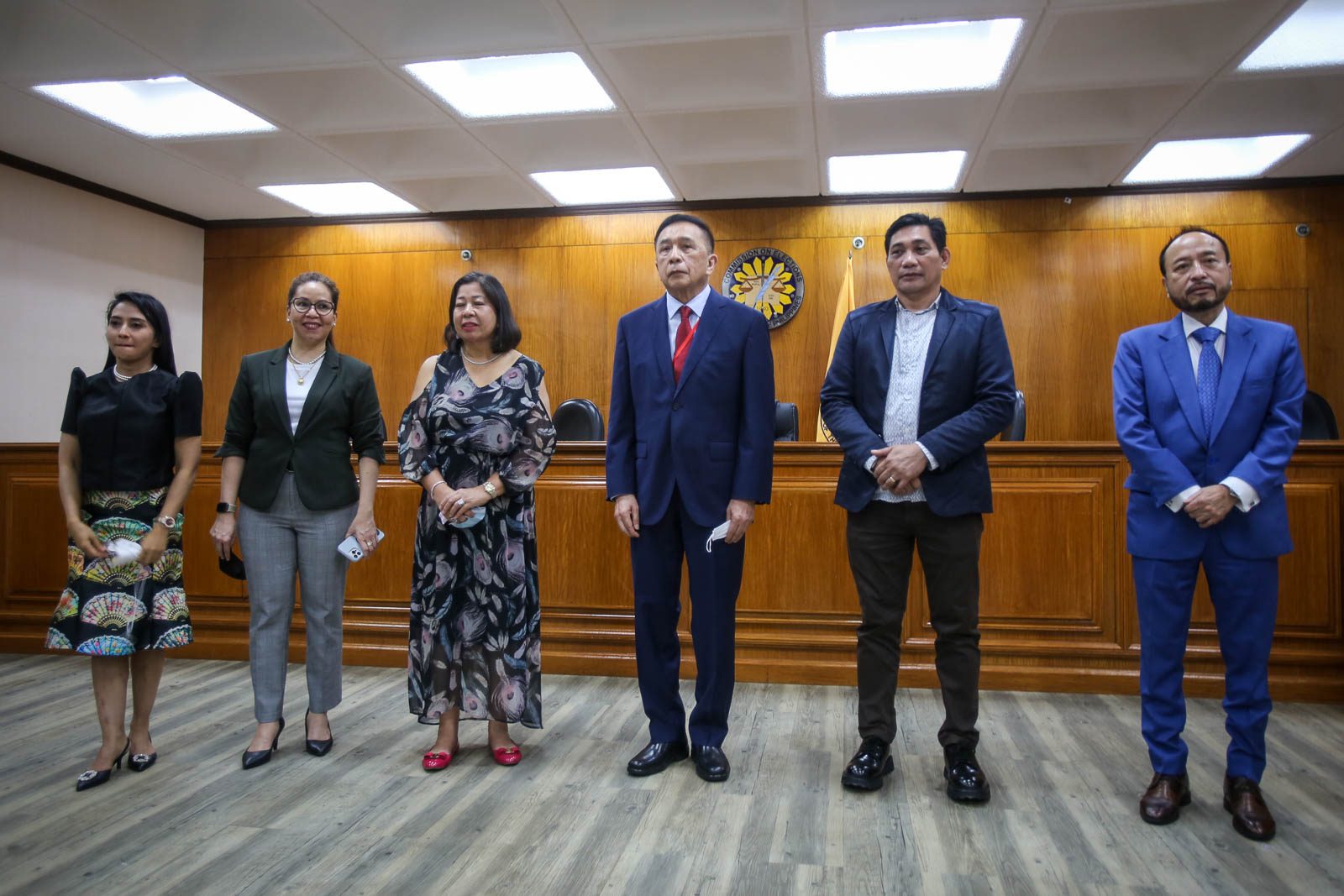 EN BANC. Six of the seven-member Comelec en banc are present during the welcome ceremony for the new officials on March 9, 2022.

Facebook Twitter Copy URL
Copied
They will run the national and local elections but their appointments may still be rejected by the Commission on Appointments when the 18th Congress resumes session on May 23. 'The continued stay in office of these appointees would realistically depend on the new president-elect,' says Senator Franklin Drilon

MANILA, Philippines – Unless President Rodrigo Duterte calls a special session of Congress, his three new appointees to the Commission on Elections cannot be confirmed or rejected by the Commission on Appointments (CA) until weeks after the May 9 elections.

Chairman Saidamen Pangarungan and two new commissioners will run the national and local elections but they will face the powerful CA for their confirmation hearings only when the 18th Congress resumes session on May 23.

By then the president-elect who will succeed Duterte will likely be known.

“Unless the President calls Congress to a special session, the CA can only convene on May 23 to June 1 when Congress resumes session,” Senate Minority Leader Franklin Drilon, a member of the CA, told the Philippine Center for Investigative Journalism (PCIJ).

“Note that when the CA resumes session on May 23, there is already a new president-elect, who can influence the vote and action of the CA on these ad interim appointments,” he said.

“They are running an election [but their] tenure is dependent, number one, probably on the current people running. ‘Di ba? Or depending on who will win,” Guia told the PCIJ.

Drilon echoed Guia. “The continued stay in office of these appointees would realistically depend on the new president-elect,” he said.

Duterte filled three vacancies in the Comelec, which means the seven-member poll body will be run entirely by his appointees.

The appointments are ad interim, meaning “they all would lapse if the CA does not act on them when Congress adjourns,” said Drilon.

The 18th Congress has two weeks left to hold sessions from May 23 to June 4 when it is scheduled to adjourn sine die. The members of the 19th Congress will assume their posts on June 30.

If the CA fails to confirm them before June 4, Duterte can reappoint them ad interim and the next Congress will decide whether to confirm or reject them, Guia said.

“Unless my memory fails me, I do not recall a similar situation in the past,” Drilon said.

A special session of Congress is called only to consider legislation but the opposition lawmaker said “even while the Congress is not in session, the CA standing committees can do a background investigation” on the appointees.

“Individual CA members can also assess the competence, performance and impartiality of these nominees while Congress is in recess,” he said.

Guia said it’s important for the appointees to show independence.

Pangarungan is a lawyer and politician from Lanao del Sur province. He is the second Comelec chairman from Mindanao, following chairman Sheriff Abbas who retired in February 2022. Both Pangarungan and Abbas are Muslims. 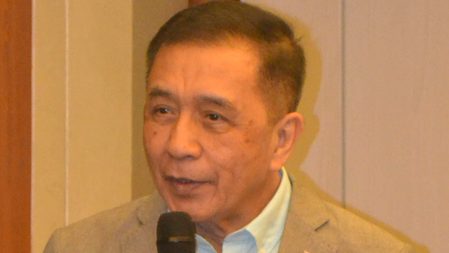 Before joining Comelec, Pangarungan was secretary of the National Commission on Muslim Filipinos. A sultan of Madaya in Marawi City, he was governor of Lanao del Sur from 1988 to 1992.

Like Duterte, Pangarungan is a graduate of the San Beda Law School. He finished his law degree in 1976.

He was a private lawyer for years. He served as legal counsel of Bank of America, PLDT, Philippine Airlines, San Miguel Corp., and Caltex.

He counseled Marcos in his electoral protest against Vice President Maria Leonor “Leni” Robredo and served as a lawyer for Moreno’s 2022 campaign team.

Garcia said he would inhibit from cases involving his former clients.

Garcia also represented Senator Mary Grace Poe in a citizenship case before the Supreme Court, which was filed to disqualify her from the 2016 presidential race.

He also represented Senator Aquilino “Koko” Pimentel III when a disqualification case was filed against his candidacy in 2019.

Commissioner Aimee Torrefranca Neri was an undersecretary at the Department of Social Welfare and Development before she was appointed to the poll body on March 8.

Before DSWD, Neri served at the Department of Justice and the Bureau of Immigration. Neri was immediately dragged into a controversy by lawyer Ferdinand Topacio, who claimed that his client, convicted drug lord Herbert Colanggo, gave her P10 million to fix a robbery case before the Supreme Court.

Neri denied the allegation. In 2021, Neri accused Colanggo’s daughter of extorting P3 million from her.