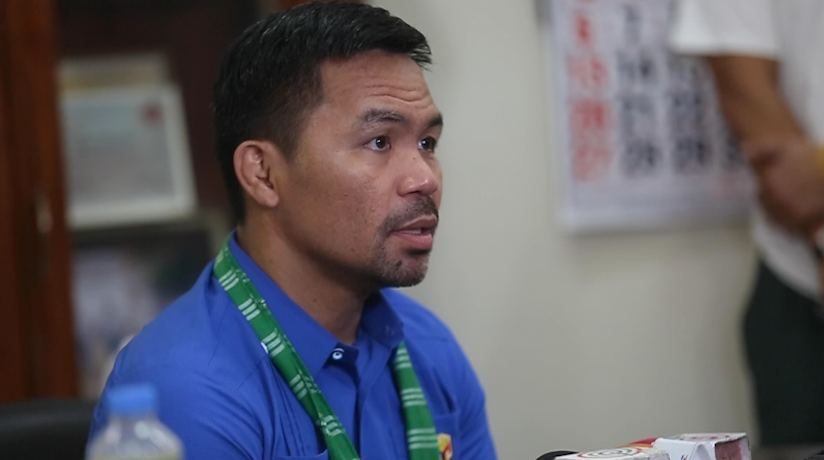 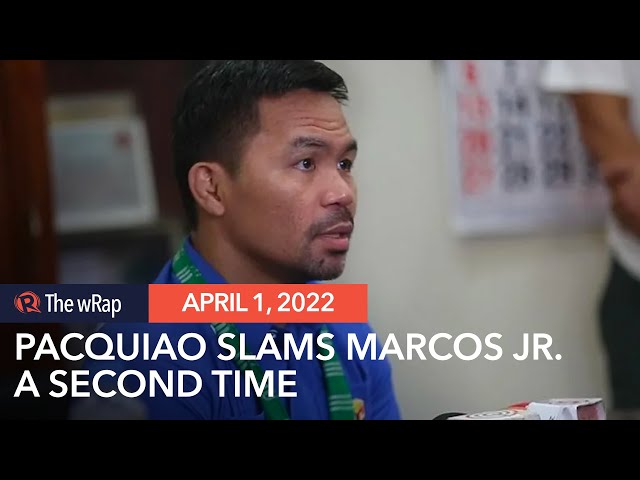 BACOLOD CITY, Philippines – Presidential bet and Senator Manny Pacquiao said that President Rodrigo Duterte was probably hesitant to endorse a candidate for the presidency because it would put his daughter in a tight spot.

“Ayaw ’nya maipit ’yung anak ’nya. (He does not want to put his daughter in a tight position),” said Pacquiao in a media interview in Bacolod City on Friday, April 1.

Davao City Mayor Sara Duterte is running for the vice presidency and is the running mate of dictator’s son Ferdinand “Bongbong” Marcos Jr.

Asked to explain further, Pacquiao speculated that the President surely has someone he wanted to endorse, but the circumstances were not favorable because of Sara’s running together with Marcos Jr. 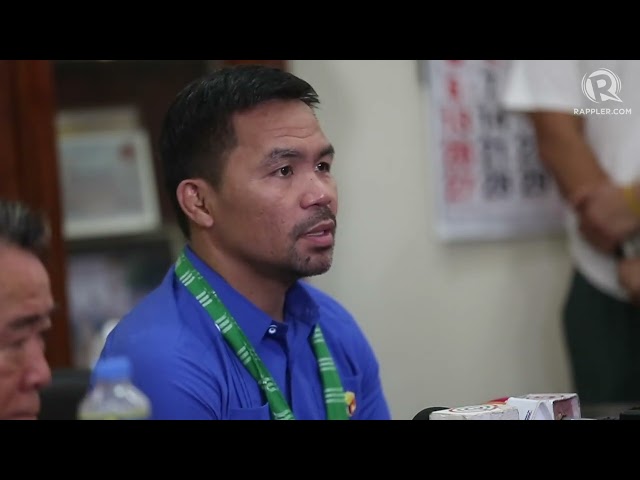 (He wants to endorse someone but he has to be tight-lipped about it because he does not want something negative to happen with his daughter.)

But there was one thing Pacquiao was sure of – the President’s extreme abhorrence for drugs and corruption.

(I know the President. I know him, he is my friend. He said that he does not want corruption. He said he does not want drugs [to proliferate]. He really dislikes drugs. How will he endorse someone who has links with those?)

This is the second straight day that Pacquiao has issued strong statements against survey front runner Marcos Jr.. 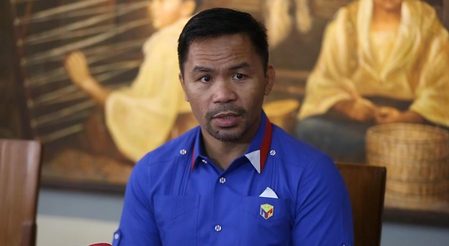 On Thursday, March 31, Duterte said that he wanted to remain neutral even as his party, PDP-Laban, the faction that he chaired, has endorsed Marcos Jr. for the presidency.

In 2021, Duterte in one of his speeches said there is a “cocaine-using candidate” who is a “weak leader” and whose character is lackluster “except for his name and his father.”

Duterte did not name the candidate who was a cocaine user. Among the presidential bets, it was only Marcos Jr. who has been leaning heavily on the nostalgia of his father.

The Marcos camp said it did not felt alluded by Duterte’s statements. It also denied that the dictator’s son and namesake was into cocaine use.

This week, Duterte also brought up the issue of unpaid estate tax which has already ballooned to P203 billion. Duterte asked the Bureau of Internal Revenue why it has yet to be collected. – Rappler.com