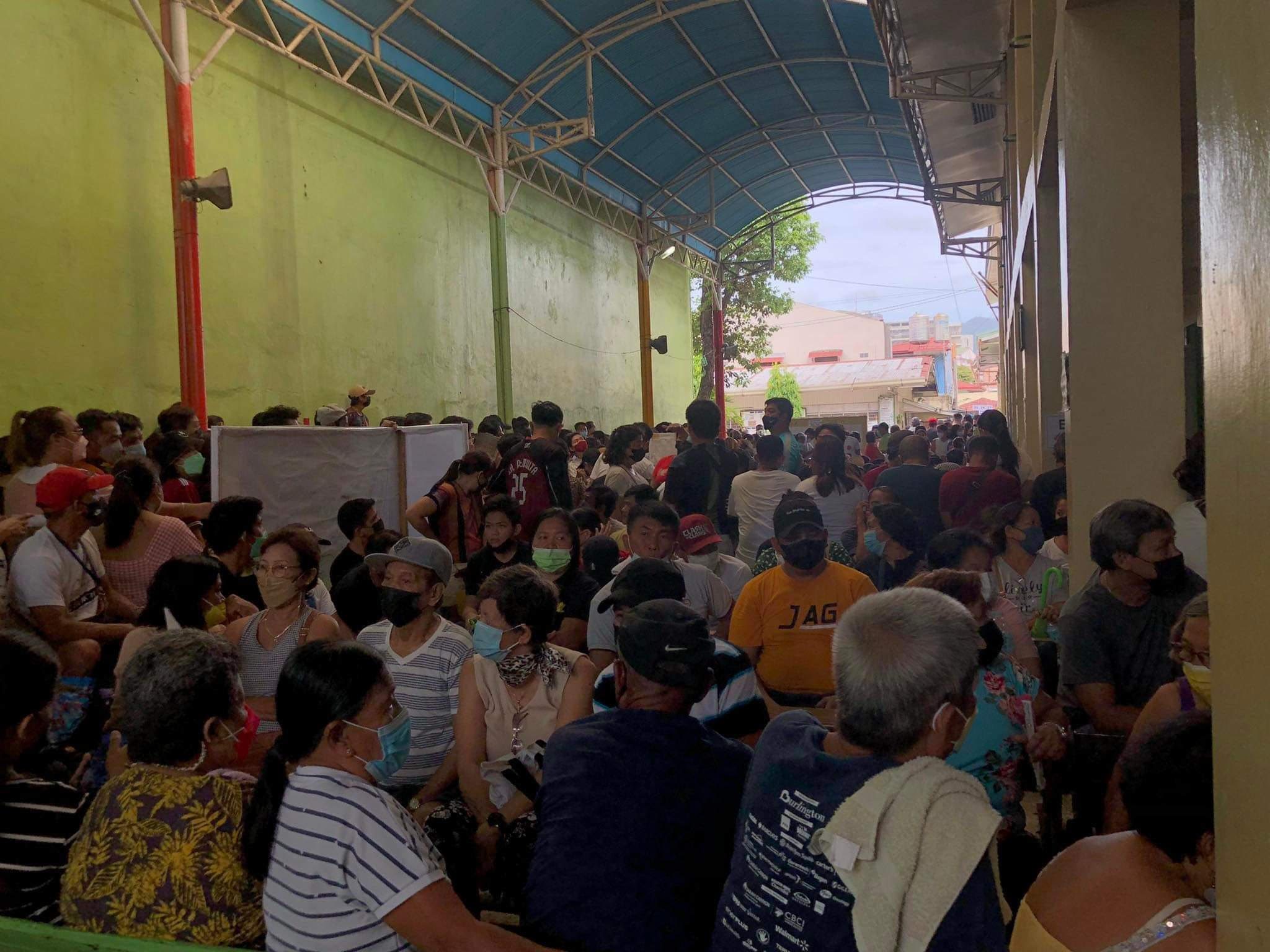 Facebook Twitter Copy URL
Copied
Protocols in Mandaue City precincts include the wearing of face masks, scanning of temperature, and arrangement of COVID-19 info posters. Social distancing is encouraged, but not strictly followed.

CEBU, Philippines – Despite attempts to make voting precincts COVID-19 proof, long lines and large crowds were spotted in at least three polling places in Mandaue City in Cebu on Monday, May 9, as voters waited for their turn to cast their vote.

Protocols in Mandaue City precincts included the wearing of face masks, scanning of temperature, and arrangement of COVID-19 info posters. Social distancing was encouraged, but not strictly followed.

While officers attempted to keep a maximum number of voters inside Cubacub Elementary School (CES), the crowd still managed to fill up the narrow alleyways and open spaces. The classrooms were also packed with only little gaps between seats.

By 9:30 am, the queue of voters outside CES reached the streets and parking areas of neighboring houses.

In Canduman Elementary School, lines of people extended beyond the buildings their clusters were in. Monobloc chairs were limited in the gymnasium, prompting many to fill up the seats in the bleachers.

“Even though we were early, there were already a lot of people clamoring […] By the time I finished voting, the number doubled,” voter Elian del Mar said.

Some of the waiting area benches in Banilad Elementary School were facing each other with just enough space for their knees to fill. Those who couldn’t be seated stood at the side, squeezed between the benches and the walls.

“I was terrified. Everyone’s bodies were touching and some people weren’t wearing their masks properly,” voter Joan Isabel Yu said. She lives with a high-risk relative.

The Comelec received a significant slice of the budget to ensure that all voting precincts are COVID-19 proof for the 2022 national elections. While Mandaue Cityreceived some of its resources, maintaining social distancing is hardly enforced on the ground.

The Comelec also earlier decided it would be more feasible if there was no cap on the number of people allowed in a polling place at a specific time. But to prevent overcrowding, the electoral board has the authority to decrease the number of voters casting their ballots simultaneously inside the room if the headcount exceeds 50% of the place’s capacity. – Aidan Bernales/Rappler.com