BAILIWICK. Supporters crowd the streets of Manila on February 8, 2022, to greet the motorcade of presidential candidate Mayor Isko Moreno, for the kickoff of his campaign in the May elections.

Facebook Twitter Copy URL
Copied
In the presidential race, the Manila Mayor is bested by Ferdinand Marcos Jr. in his own bailiwick 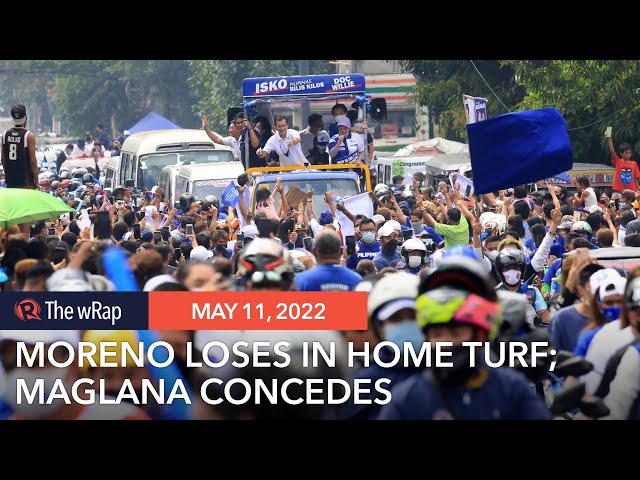 MANILA, Philippines – Even in Manila where Isko Moreno is mayor, he was beaten by Ferdinand “Bongbong” Marcos Jr. based on partial and unofficial results from the Commission on Elections (Comelec) server.

At least 1,766 precincts have reported results out of the total 1,859 precincts in Manila.

How Manila voted in the presidential race is a big blow to Moreno whose single term as mayor was distinguished by an ambitious infrastructure program and his leadership of city hall’s COVID-19 response. Many credited him with raising the profile of Manila with his dynamic, social media-savvy brand of leadership.

After Moreno made calls for her to withdraw and after he continued his attacks against her in the days after, Vice President Leni Robredo visited his bailiwick and was welcomed by priests and supporters from different sectors. – Rappler.com