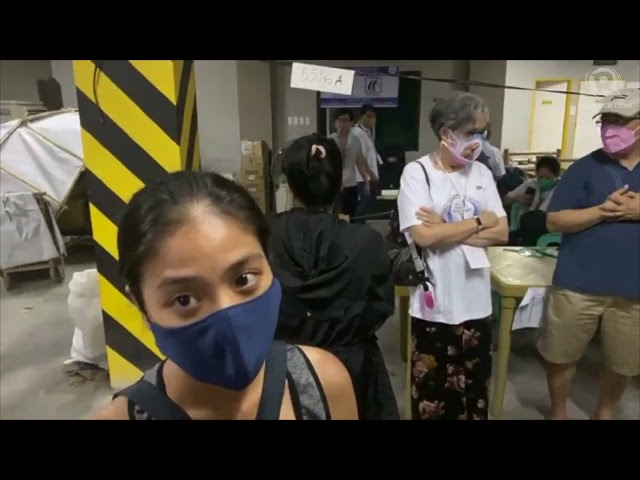 MANILA, Philippines – Voters from Teacher’s Village, Quezon City on Monday, May 9, express their frustrations over not being able to cast their ballots yet due to issues with their precinct’s Vote Counting Machines (VCMs).

“Two VCMs out of four have not been working,” one of the voters said. “We asked the chairwoman upstairs [about the issues], and they said Comelec’s mandate is that past 7 pm, only the chairwoman is allowed to feed the ballots into the machine.

“As much as possible, we would rather hand in our ballots with our own eyes, with our own hands,” she added. “We cannot allow somebody else to feed it for us…. We are at a loss. We are stuck between a rock and a hard place…. This looks like a failed election.”