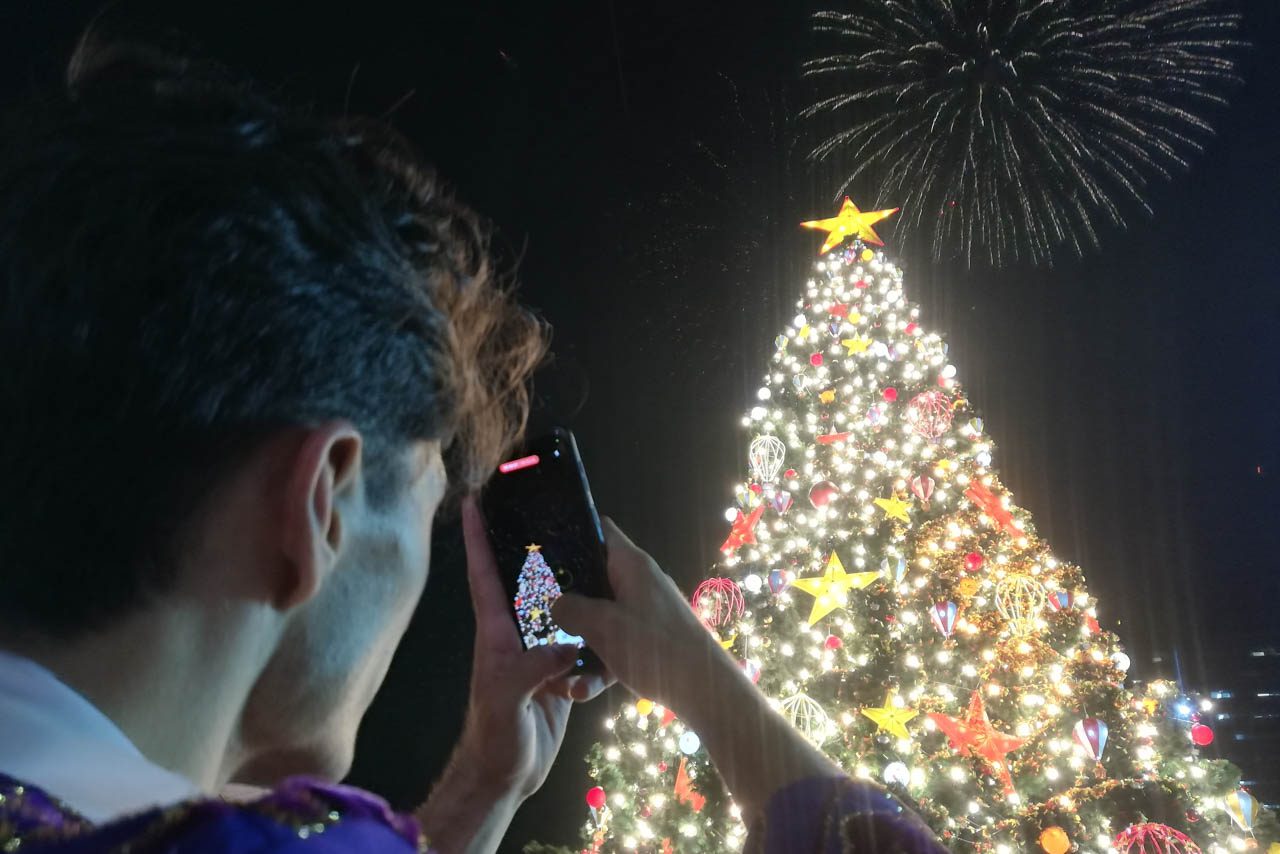 This was the giant Christmas tree today, October 28, at Araneta City, Cubao. Photo by Rob Reyes/Rappler

Facebook Twitter Copy URL
Copied
During the same period only 43% of Filipinos felt their upcoming Christmas will be more prosperous than last year, while 52% believed it will be the same

MANILA, Philippines – Almost all of the respondents surveyed by Pulse Asia, or 92%, said they were hopeful for the new year.

“Virtually all Filipino adults (92%) will face the new year ahead with hope, a sentiment echoed by 89% to 99% across geographic areas and by 86 to 94% in the various socio-economic classes,” Pulse Asia said in its statement and report released on Monday, December 19.

The survey was conducted between November 27 and December 1.

Only a mere 8% of Filipino adults surveyed were ambivalent about the new year, while less than 1% felt they would face 2023 without hope.

Those surveyed in the Visayas were most upbeat with 99% saying they would face the new year with hope, followed by the National Capital Region at 94%, and balance Luzon and Mindanao both rating 89%.

Across economic classes, Class E was the most optimistic with 94% across all regions saying they believe they face the New Year with hope, while 92% of Class D is hopeful, compared to 86% of ABC.

That number is almost cut in half, or only 43%, when those surveyed were asked if they felt their upcoming Christmas will be more prosperous than last year, while 52% believed it would be the same as the previous year.

Among those who said that Christmas will be the same for them, 52% said that meant they had a prosperous Christmas, while 10% said they celebrated the Yuletide that was not prosperous.

The Visayas region was also the most optimistic for Christmas with 66% of respondents saying they believe that their Yuletide would be more prosperous than last year, compared to 32% in the National Capital Region, 35% in Luzon and 46% in Mindanao.

Across all regions, economic class D was the most optimistic with 44% saying they would have a more prosperous Christmas than last year compared to 36% in ABC and 39% in E.

The survey was conducted after the Philippine Statistics Authority reported record high inflation of 7.7% for the month of October 2022, with consumers feeling the pinch of price hikes of food items such as sugar and onion, among other food items. While the Manila Electric Company (Meralco) announced rate of P.0844 per kilowatt-hour starting November 2022.

However, in the second half of November, local oil companies reported rollbacks in gasoline prices and the appreciation of the peso, closing at P56.56 to the dollar last November 29. – Rappler.com