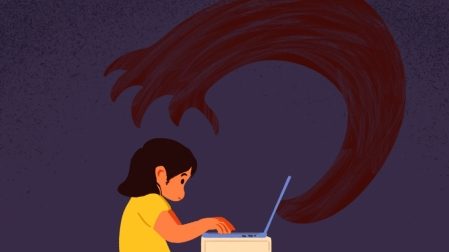 The chairman of the Senate basic education committee has sounded the alarm on students who are allegedly selling sensual photos and videos to raise funds so they could buy gadgets for distance learning.

In a statement on Sunday, January 3, Senator Sherwin Gatchalian called on the Department of Justice and the Philippine National Police (PNP) Anti-Cybercrime Group to step up their efforts to track down those who exploit vulnerable youth.

Gatchalian issued the call after learning of an alleged online “Christmas sale” of their sensual photos and videos to buy gadgets for their siblings and pay for internet bills in support of their distance learning.

(It’s alarming that due to the pandemic, our students are in grave danger of becoming victims of abuse and violence. Evil elements are taking exploiting the needs of our students and the government should fight them.)

Citing a report on The Philippine Online Student Tambayan (POST), a news portal on the student sector, the supposed Christmas bundle, which contains photos and videos that sometimes reveal the face of sellers, is sold for as low P150.

Gatchalian’s office said that during the pandemic, there has been a 264% increase in online sexual exploitation of children (OSEC) cases recorded in Metro Manila, or 279,166 cases in 2020 compared to 76,561 cases in 2019.

The decision to open classes in the middle of a pandemic was met with criticism. Students and parents pointed out that their household finances have been affected by months of lockdown, and they could not afford to buy the tools needed for the revamped education system.

Both the Department of Education (DepEd) and the Commission on Higher Education (CHED) rejected calls for an “academic freeze” or suspension of an academic year.

The DepEd said a suspension of an academic year would would have a “massive impact” on the lives of students “economically” while CHED said that it could not issue a unilateral policy on an academic break because “different schools and different families are affected differently” by the pandemic. (READ: School time out during a pandemic? Pros and cons of an academic break)

Gatchalian said that the DepEd should boost its child protection program, noting that the Child Protection Committees (CPC) in schools are mandated to identify students who may be experiencing abuse and exploitation.

CPCs are also expected to report cases to government agencies and non-governmental organizations.

Are there safeguards vs sexual exploitation as children shift to online learning? Gatchalian called for a “stronger government crackdown” on trafficking. He ha proposed a bill seeking to allow regional courts, in cases involving child trafficking, to authorize law enforcers to conduct surveillance and record communications and information involving persons charged with or suspected of trafficking.

Senate Bill No. 1794 also mandates internet service providers (ISPs) to install available technology, program, or software to block and filter any access to any form of online sexual exploitation of children, he said.

A Rappler investigative story published in May exposed the existence of Twitter accounts that sell and trade child sexual abuse, or videos of minors engaged in sexual activities. The videos were sold from P100 to P500.