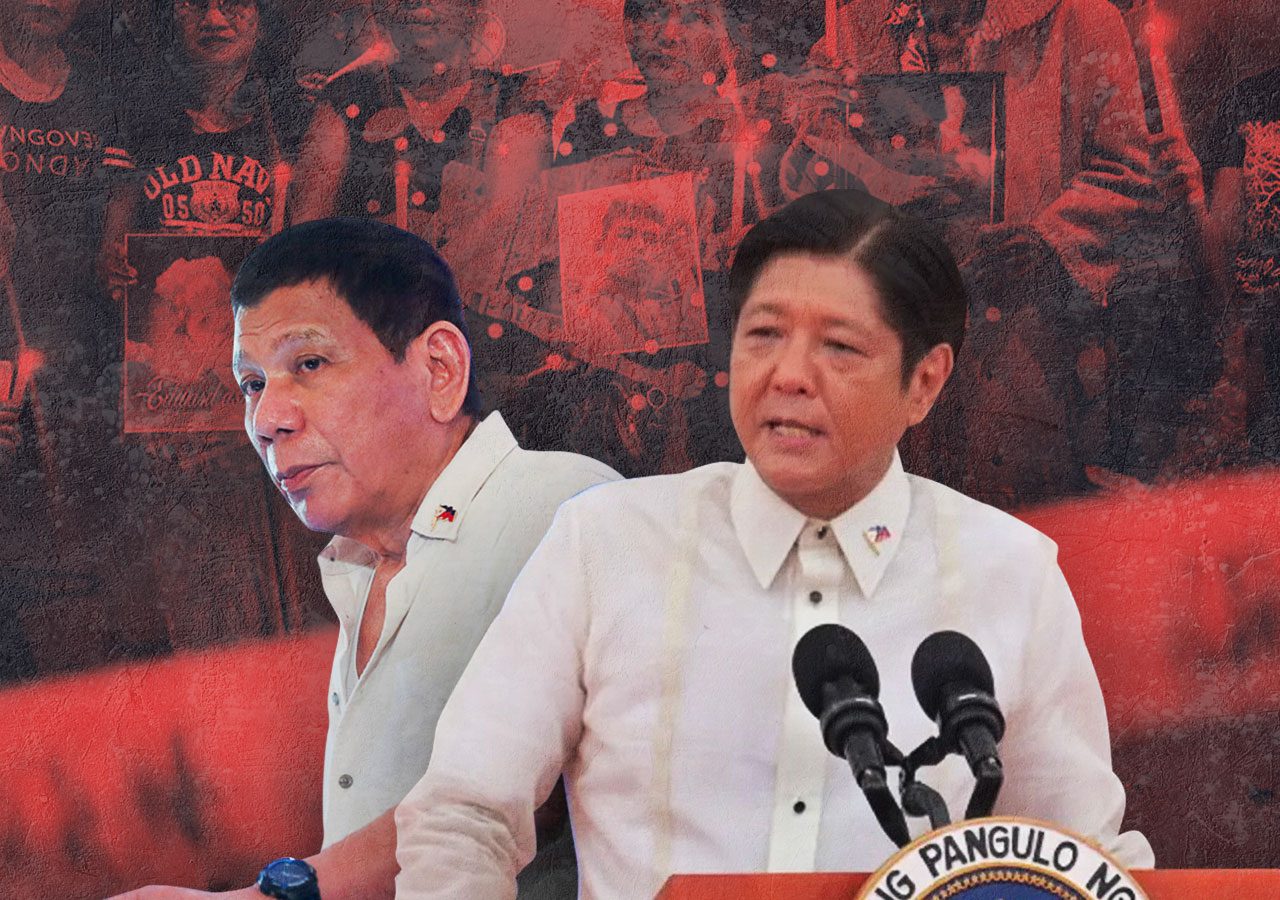 Facebook Twitter Copy URL
Copied
'If the Marcos government is serious about addressing human rights concerns, there needs to be accountability for all the extrajudicial killings that occurred in the Philippines,' says Human Rights Watch Asia director Elaine Pearson

MANILA, Philippines – President Ferdinand Marcos Jr. has a lot more to do outside repeated rhetoric if he wants to improve the human rights situation in the country, and for advocates, that includes holding former president Rodrigo Duterte responsible for what happened under his administration.

Human Rights Watch (HRW) Asia director Elaine Pearson said giving justice to the thousands of victims under Duterte’s bloody war on drugs should be a priority of the new administration.

“If the Marcos government is serious about addressing rights concerns, there needs to be accountability for all the extrajudicial killings that occurred in the Philippines,” she said in a press conference on Thursday, January 12.

Government data show that at least 6,252 individuals were killed in police anti-drug operations between July 2016 and May 2022. Human rights groups, meanwhile, place the number at 27,000 to 30,000 to include those killed vigilante-style.

IN NUMBERS: People we lost under Marcos in 2022 In its latest global report launched on Thursday, HRW pointed out that the human rights situation in the Philippines in the first six months of the Marcos presidency “hardly changed,” citing continued abuses in the war on drugs and red-tagging, among others.

The Philippine National Police said 46 individuals were killed under the new administration’s anti-drug campaign from June 30 to November 16, 2022.

But the HRW report cited a higher number of 161 killed, based on monitoring by the Third World Studies Center of the University of the Philippines Diliman as of December 7, 2022.​​

The Marcos administration has made repeated pronouncements that it will respect and push for the human rights agenda in the country, especially in discussions with foreign governments and bodies.

In October 2022, Justice Secretary Jesus Crispin Remulla even vowed “real justice in real time,” but there has been no significant development since then.

Phil Robertson, HRW deputy Asia director, said justice should be a priority as Duterte continues to evade any semblance of accountability.

“There has been change in tone, greater effort in public relations by the Marcos administration, and so far, unfortunately, that has been rewarded by the international community that seems thrilled that Marcos is not Duterte therefore things must be better,” he said.

“We insist that there must be real change on the ground, and we mean prosecutions and cases, not just talking about investigations, but real investigations where accountability is guaranteed,” Robertson added. A September 2022 report released by the Office of the United Nations High Commissioner for Human Rights highlighted the need for the Philippine government to expand investigations into abuses under Duterte.

International Criminal Court Prosecutor Karim Khan in September 2022 said nothing shows that “criminal proceedings actually have been or are being conducted in anything more than a small number of cases.” This was in response to the Marcos administration’s request to defer ICC proceedings.

Khan’s office is waiting for approval from the ICC pre-trial chamber to continue a probe into the Philippines’ drug war. – Rappler.com