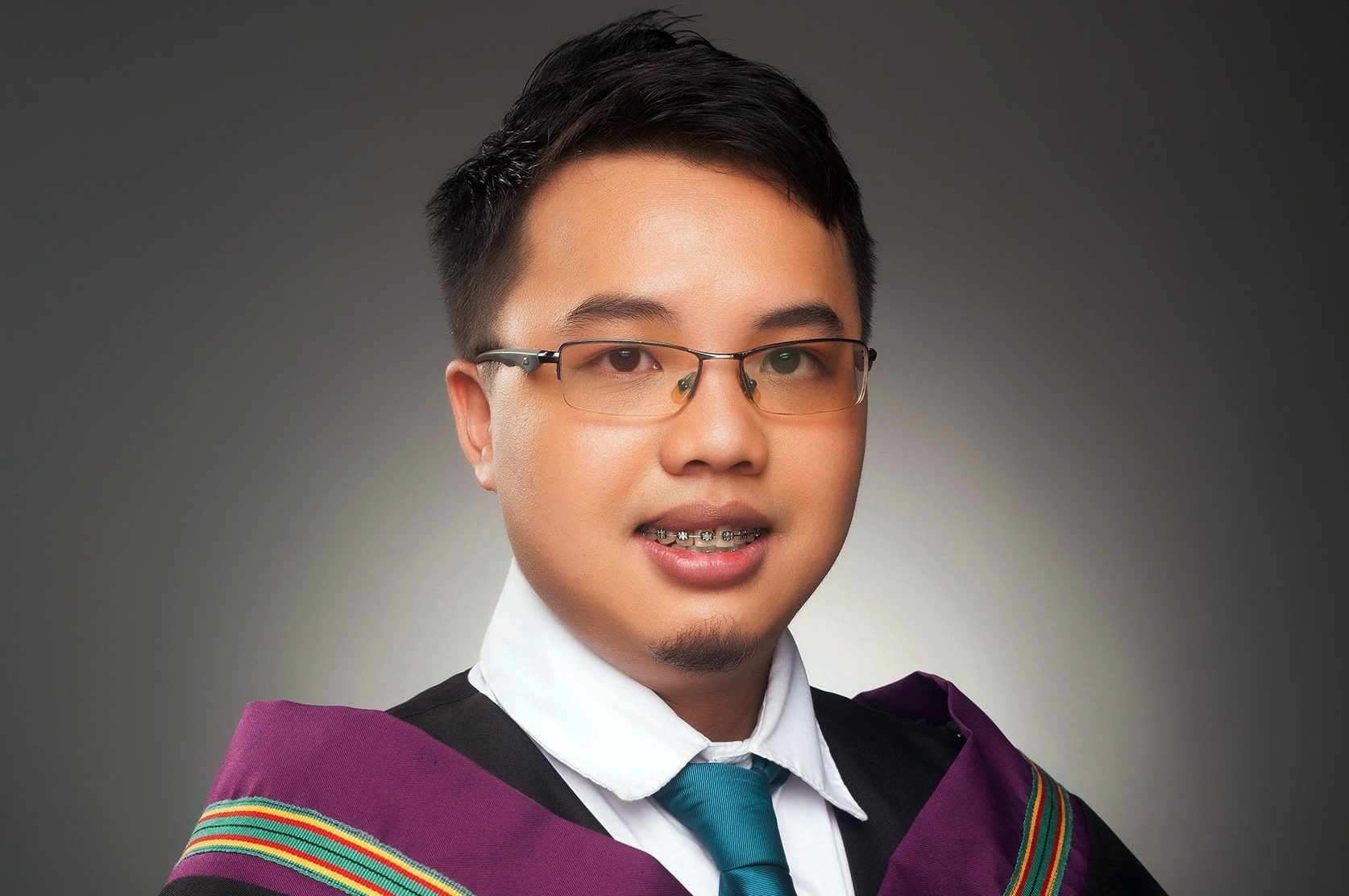 Facebook Twitter Copy URL
Copied
'Injustice is happening everywhere, and I would love to be part of the community to mitigate or to prevent it,' says Zoroaster 'Lasan' Bolinget, son of IP activist Windel Bolinget

BAGUIO CITY, Philippines – As a son of activists, Zoroaster “Lasan” Bolinget not only witnessed social injustice up close, he also experienced the kind of mental anguish families have to suffer due to red-tagging and trumped-up charges.

His father is Windel Bolinget, chairperson of the Cordillera Peoples Alliance while his mother, Elvira, lends her expertise as a chemistry professor to several environmental groups.

Windel was among the 656 people that the Duterte government had wanted to declare as terrorists through a proscription case filed by the DOJ in February 2018.  The DOJ later trimmed the list to eight, excluding hundreds of others including Windel.

It was his father’s ordeal during the pandemic that further fueled Lasan’s resolve to be a lawyer. Windel became the target of “systematic and relentless red-tagging” by state forces and national anti-communist task force officials.

“I need to be a lawyer. There is no other choice,” Lasan said.

Then came the fabricated murder case – Kapalong town police tagged Windel as one of the suspects in the March 2018 murder of Lumad activist Garito Tiklonay Malibato in Davao del Norte. In September 2020, the Tagum City Regional Trial Court Branch 30 issued a warrant for his arrest.

In December 2020, his father sought sanctuary after receiving information that authorities were looking for him. Then-Police Regional Office Cordillera Director R’win Pagkalinawan issued a “shoot to kill” order should he resist arrest, and the police also offered P100,000 in reward money for any information that could lead to his arrest.

Windel surfaced in January 2021, and asked the help of the National Bureau of Investigation (NBI) Cordillera to allow him to face the charges while under their custody.  On March 8, 2021, the court recalled the warrant and ordered the reinvestigation of the case.

The Tagum court dismissed the charge against Windel on July 12, 2021, after finding no probable cause.

‘This too shall pass’

Preparing for the Bar exam during the pandemic was, in itself, already a struggle but his father’s ordeal made the task even more daunting.

“The mental damage is intense. However, our family had each other and was never divided. My parents encouraged us, our relatives also were there to give advice, and friends to support us,” Lasan said.

Lasan tried to keep a positive attitude during this challenging period, reminding himself, “This too shall pass.”

“I continued my review. I persevered and still devoted my time to my studies and readings. I need to stay focused on my review despite the situation,” he said.

Windel said his ordeal allowed Lasan to apply what he learned from law school “and temper his cool and presence of mind.”

“Lasan helped in the drafting of the documents I needed for my case and the complaint we filed before the CHR. He also joined case conferences with human rights groups, shared insights on ways to handle the case, especially the one involving our youngest,” Windel recalled.

“His strength helped the family weather the vicious attacks, especially during the period that I took sanctuary with friends and then with the NBI,” he added.

Apart from the challenges their family faced, Lasan also encountered financial difficulties but got through them with the support of his loved ones.

“Finally!” he said he told himself when he saw his name on the list. “I thanked God for my long-awaited dream [came true] and [asked Him] to help me stay humble despite the achievement and guide me in my career in serving the people.”

Lasan started reviewing for the Bar exam after finishing his law degree at the University of the Cordilleras in 2020. He earned his accountancy degree in the same university years earlier, in 2014, and  passed the accountancy licensure exam also in 2014.

Lasan said he would like to work at the Public Attorney’s Office. “Hopefully, I will be accepted,” he said.

“Injustice is happening everywhere, and I would love to be part of the community to mitigate or to prevent it. I love the law and applying it to real life,” Lasan added.

Lasan is also considering seeking work in other government agencies including the Bureau of Internal Revenue, Commission on Audit, and Department of Budget and Management, should he not make it into PAO.

Lasan thanked his family, relatives, and friends who helped him through all the challenges. “After passing the Bar, it will be my time to provide and give back,” he said. – Rappler.com