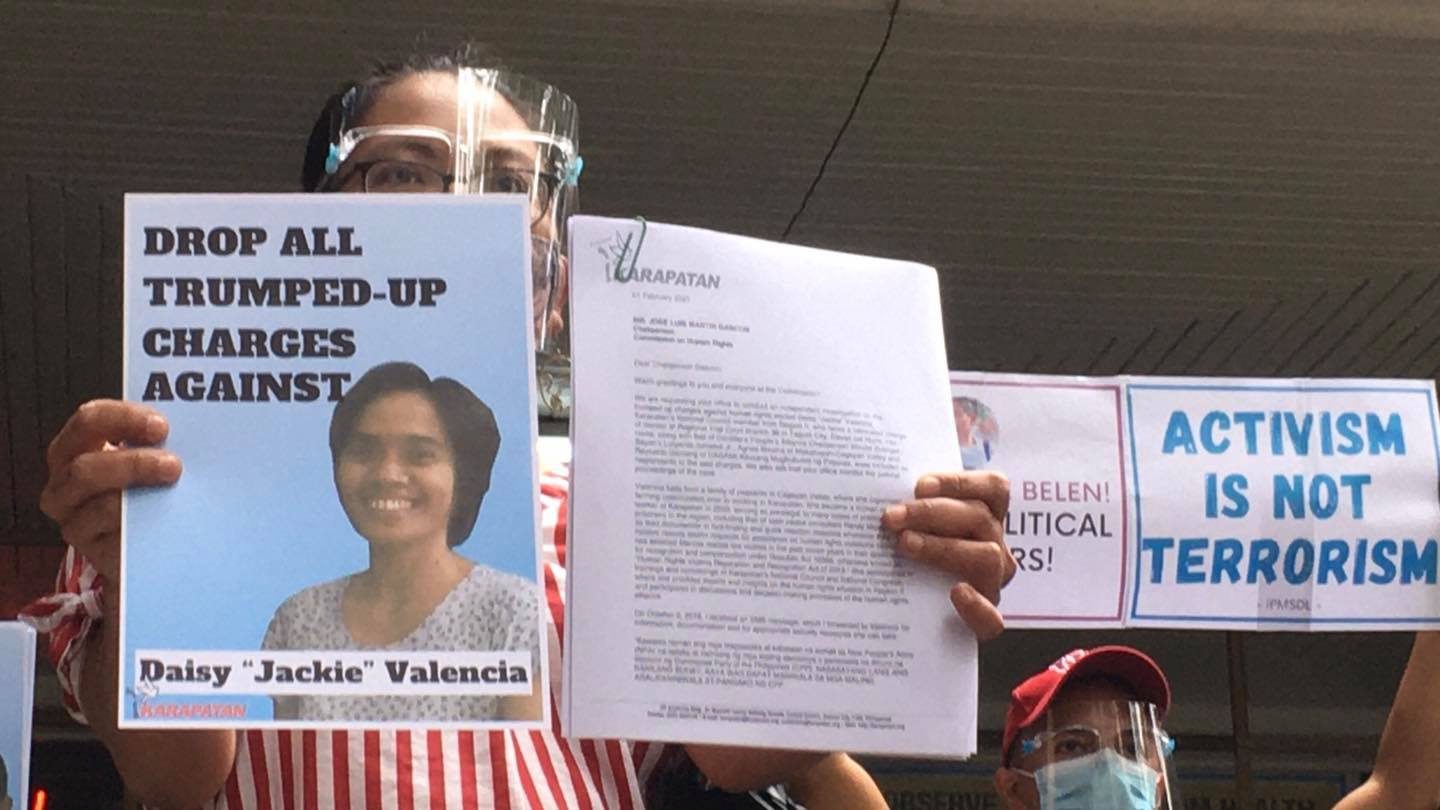 MURDER CASE. A file photo of Karapatan secretary general Cristina Palabay calling for the dropping of murder charges against one of their members Jackie Valencia.

Facebook Twitter Copy URL
Copied
A court in Tagum City, Davao del Norte, has cleared five activists and a businessman of murder charges for the killing of an indigenous leader in 2018

A court in Tagum City, Davao del Norte, has cleared five activists and a businessman of murder charges for the killing of an indigenous leader in 2018.

The murder charge was over the killing of Garito Tiklonay Malibato, a member of IP group Karadyawan, in Kapalong, Davao del Norte on March 22, 2018.

But the Kapalong police filed the complaint only in March 2020. Provincial prosecutors charged the activists in August that year, a month after President Rodrigo Duterte enacted the anti-terror law.

Of the people cleared, five are activists, including Bolinget, who filed a petition against the anti-terror law.

Bolinget is the chairperson of the Cordillera People’s Alliance, Jurcales is an officer of Bayan national office, Gareng is a peasant leader, Mesina is with Makabayan, while Valencia is with Karapatan. Mandin is a Davao-based businessman.

It was the prosecution itself which asked the court to drop the cases against the six, which the court granted.

As a result of a reinvestigation, provincial prosecutor Norman Solis found merit in the respondent’s evidence that they were somewhere else when Malibato was killed on March 22, 2018.

Mandin was in Davao City, Jurcales was in Quezon City, while Valencia, Mesina, and Gareng were in their homes in Santiago City, Isabela and Tuguegarao City, respectively. Bolignet was in Benguet.

“The said movants satisfactorily presented the requisites laid down by jurisprudence for the defense of alibi to prosper,” said prosecutor Solis in a pleading to the court on May 24. 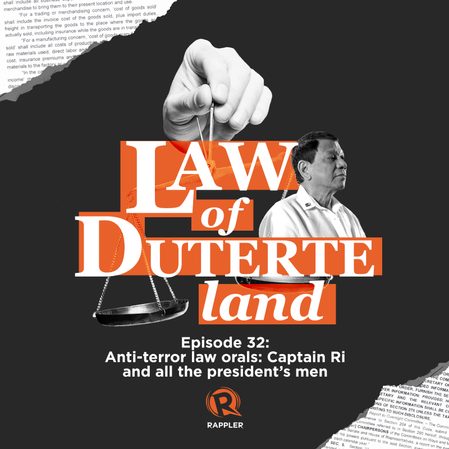 Bolinget had been red-tagged by the government, with the Department of Justice (DOJ) even including him among the 656 people that the Duterte government had wanted to declare as terrorists through a proscription case filed in February 2018.

When arrest orders were issued in September 2020, the former director of the Cordillera police, Brigadier General R’win Pagkalinawan, warned of a shoot-to-kill order if he resisted arrest.

Fearing for his safety, Bolinget sought refuge with the National Bureau of Investigation (NBI) office in Baguio.

The 37 petitions against the anti-terror law have been submitted for the decision of justices. Chief Justice Alexander Gesmundo said they hope to have a draft before the year ends. – Rappler.com