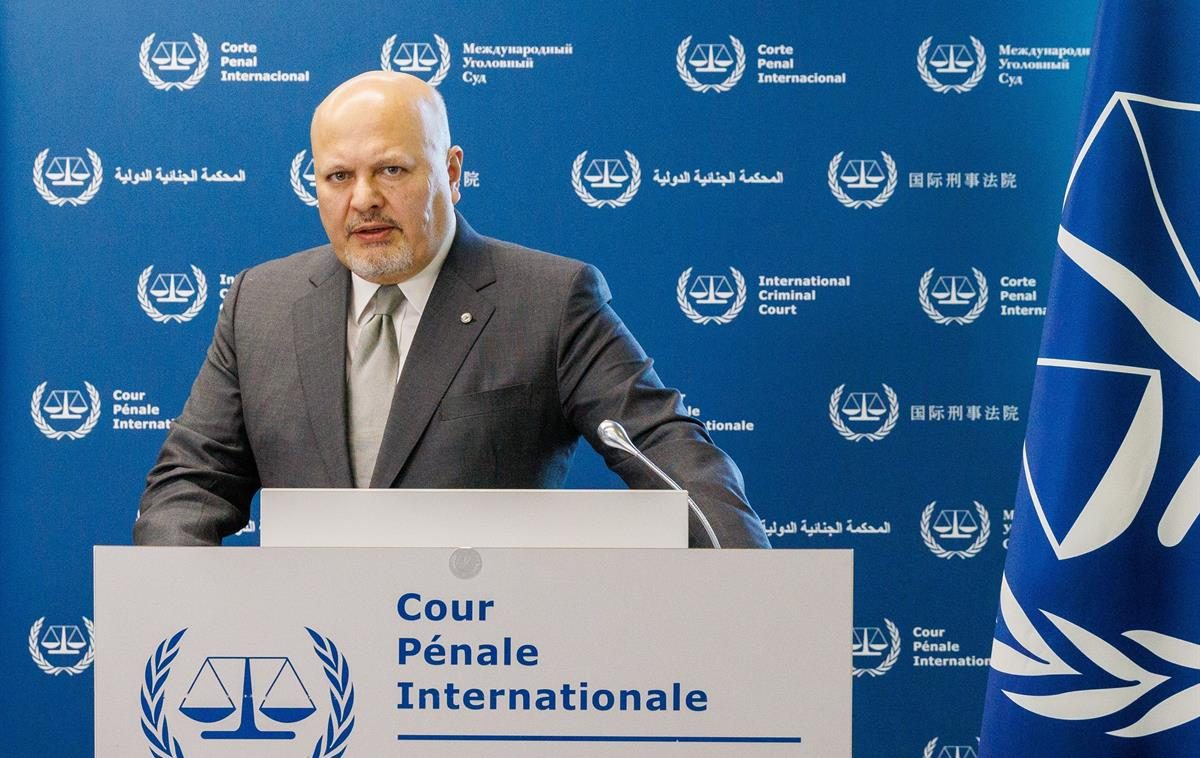 Facebook Twitter Copy URL
Copied
(1st UPDATE) This means Prosecutor Khan has determined that there have been no genuine investigations by Philippine authorities. Resumption needs permission from the chamber.

MANILA, Philippines – International Criminal Court (ICC) Prosecutor Karim Khan has filed a request with the pre-trial chamber (PTC), asking that they be allowed to resume investigations into the killings in Davao City and in President Rodrigo Duterte’s bloody war on drugs.

The Office of the Prosecutor (OTP) filed a motion asking that the deferment of the investigation into the drug war killings and those allegedly carried out by the Davao Death Squad (DDS) when Duterte was mayor of Davao City be lifted.

“The prosecution requests the chamber to authorize the resumption of the Court’s investigation in the Situation in the Philippines, notwithstanding the deferral request,” said Khan in a request to the pre-trial chamber Friday, June 24, before offices closed in The Hague.

This effectively means that Khan has determined for himself and the OTP that there have been no genuine investigations carried out by Philippine authorities.

The PTC, or the court proper, will have to approve Khan’s request first before investigation is formally resumed. Khan said that even when they paused the investigation, they continued collecting evidence.

If and when the investigation resumes, the process will pick up where it left off, which is to seek evidence to issue arrest warrants.

While technically Duterte is not yet the subject of the investigation, the ICC has historically been interested in heads of state or high-ranking officials. The chamber also said in its report, however, that it was also looking at the potential accountability of “regional or even local organs of the State.”

The ICC has granted limited immunity to former Davao City cop Arturo Lascañas, who has confessed to carrying out Duterte’s alleged kill orders to the DDS. Lascañas is in hiding, but as an insider witness, he has access to the ICC’s witness protection program.

Khan is requesting a resumption even as the OTP is understandably busy with Ukraine, and the office had said before that priorities have to be made with limited resources.

But in his request, Khan even said the chamber should issue an order, on an “expedited basis” and that it should “receive any further observations it considers appropriate from victims and the Government of the Philippines.”

“The information about cases collated from the dockets of national and regional prosecution offices in the Philippines likewise does not demonstrate that concrete and progressive steps have been or are being taken by the competent national authorities,” said Khan in his 53-page request.

Khan added that the Philippine government also failed to show that “any individual has been investigated for ordering, planning, or instigating any of these killings, nor is there any indication that the domestic authorities are investigating the alleged systemic nature of these and other killings.”

Khan said the DOJ drug war review “does not appear to possess powers or authority independent of the DOJ or have any specific investigative function.”

What the DOJ has done appears to be a mere “desk review,” Khan said, and “desk review by itself does not constitute investigative activity.”

The Philippine government submitted proof that it conducted proceedings for writ of amparo in drug cases, or victims asking for protection orders from the court. However, Khan said they “do not demonstrate the existence of any investigations conducted to establish criminal responsibility of any of the persons mentioned in the petitions.”

“Even if, arguendo, progressive investigative steps are being or have been taken in the referenced cases, this would not change the Prosecution’s assessment with regard to the deferral request. Similar to the cases referred to the National Bureau of Investigation, they too reflect only a fraction of incidents and mention only low-level perpetrators,” said Khan.

What happened before this

Khan and the OTP paused the investigation in November 2021 as a procedural step.

The Rome Statute requires that for the OTP to open an investigation, it must have established that the country is unable or unwilling to investigate the crimes. It was former ICC prosecutor Fatou Bensouda who established such and requested permission from the PTC. Permission was given by the court in September 2021.

But there’s an option under Article 18 (2) of the Rome Statute that allows a country to request for a deferral, or a pause, of the investigation if it claims that it is carrying genuine domestic investigations. Khan, who took over the retired Bensouda’s office in June 2021, deferred the investigation and asked the Philippines to submit proof of its genuine investigation.

Among the proof cited by the Philippine government was the drug war review that was opened by the Department of Justice (DOJ) in 2020. But of the more than 7,000 killings by police officials in legitimate operations, the DOJ has only so far forwarded only five cases for prosecution – not even for trial at the court level.

Bensouda’s first report, as well as the PTC’s approval of the investigation request, said there was basis to believe that the killings were done “in pursuant to or in furtherance of a State policy.”

After winning the elections, president-elect Ferdinand “Bongbong” Marcos Jr. said he would continue the drug war “within the framework of the law” and told the United Nations he was also interested in seeing “high-level of accountability” in the human rights situation in the country.

But during the campaign, Marcos’ rhetoric included keeping the ICC at bay to spare Duterte, father of his then-running mate, and now vice president-elect Sara Duterte.

Duterte unilaterally withdrew the Philippines from the ICC, but the Rome Statute ensured that if the process was started while it was still a member, it would continue even if withdrawn. This was an insurance clause for situations when the head of state withdraws once he or she is implicated. – Rappler.com