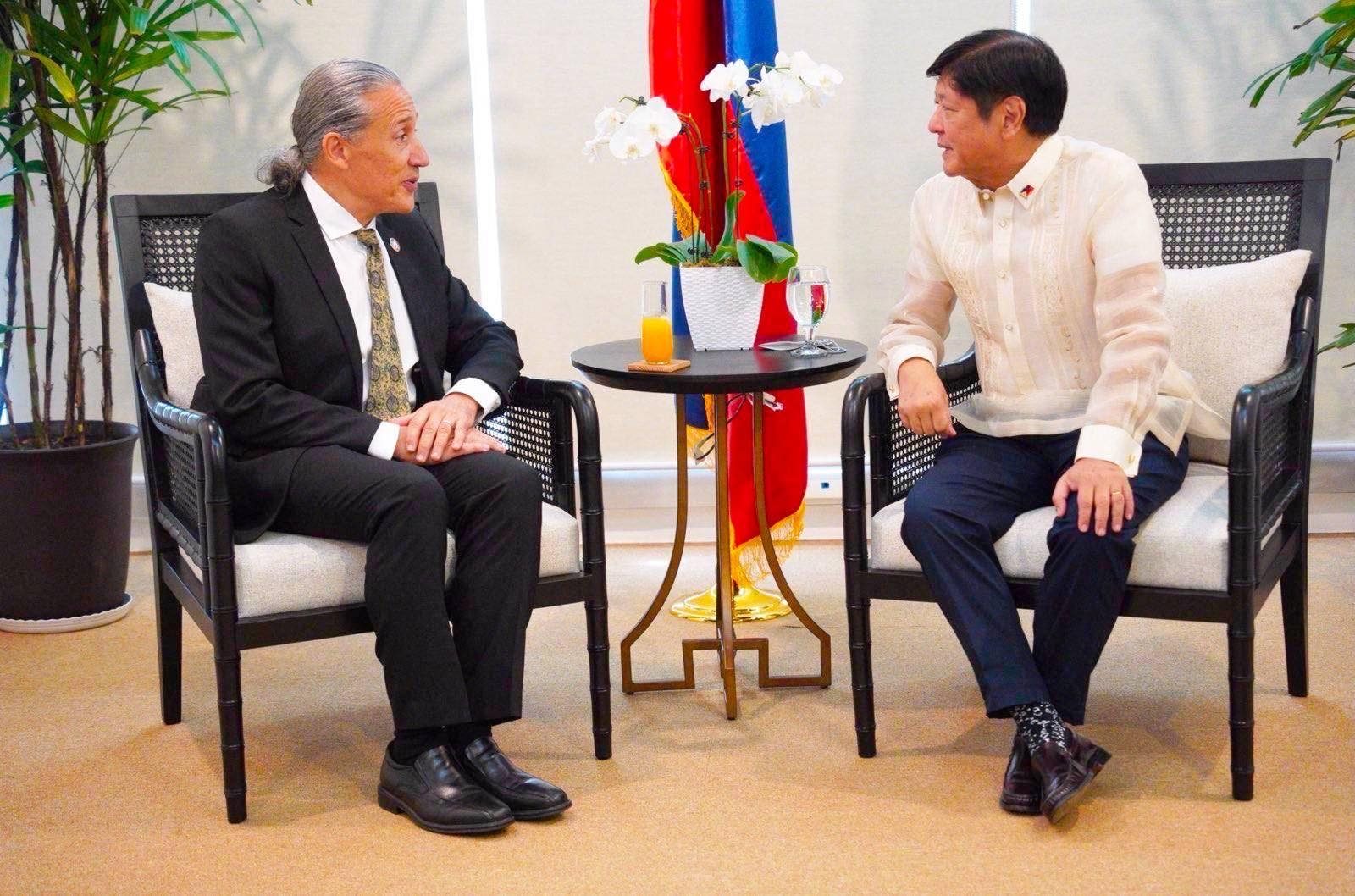 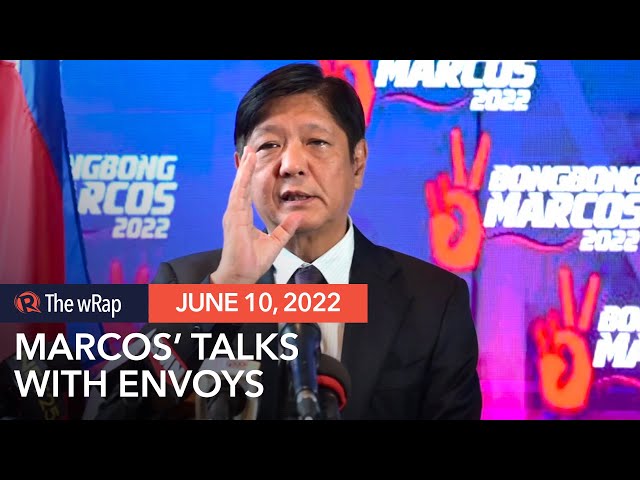 MANILA, Philippines – President-elect Ferdinand “Bongbong” Marcos Jr. discussed with the United Nations (UN) and European diplomats a “high level of accountability” in terms of human rights in the Philippines, as well as “continuing the war on drugs within the framework of the law.”

The United Nations Human Rights Council (UNHRC) has a 2020 resolution offering technical cooperation with the Philippine government to solve human rights problems in the context of high killings in outgoing President Rodrigo Duterte’s war on drugs. The technical cooperation has been slammed by human rights groups both here and abroad as being too soft as compared to doing a full-scale investigation. The International Criminal Court (ICC) is doing its own investigation into the drug war killings for alleged crimes against humanity.

Without mentioning Duterte, UN Resident Coordinator in the Philippines Gustavo González said he and Marcos discussed the UNHRC resolution.

“It means the UN and the government [need] to work together in addressing some concerns on the human rights, and he’s very much interested, for example, in ensuring a consultation for the nomination of the new Commission [on] Human Rights,” González said in a media briefing on Friday, June 10, after paying a courtesy call on Marcos.

“This is the topic that he immediately raised, and he mentioned also the importance of ensuring high level of accountability in terms of human rights,” he added.

González said he and Marcos also discussed preparations to attend the UN General Assembly in September, which will be held in New York.

“This UN General Assembly meeting will be the first time that president-elect Ferdinand Marcos Jr. will be in front of a number of heads of state. This will be a great and historic opportunity for the president and for the Philippines to share the new vision and the new challenges,” he said.

United States Deputy Secretary of State Wendy Sherman had said Marcos can set foot in the United States despite a standing contempt order because of diplomatic immunity. The contempt order is for violating a Hawaii court injunction by dissipating their assets the court meant to preserve to pay damages to human rights victims of the repressive Martial Law rule of Marcos’ father, the late dictator Ferdinand Marcos. The president-elect and his mother Imelda have evaded complying to this order since 1995, and its effectivity has been extended to 2031.

‘War on drugs within the framework of the law’

“Yes, it was specifically discussed with the President, and as mentioned, the very strong commitment to continue the war on drugs within the framework of the law and with respect for human rights and focus on rehabilitation and socioeconomic development was expressed,” said Thunborg.

Marcos had already said during the campaign that he would tweak the drug war to focus on the aspect of health. Marcos’ statements then hinted that he would shield the Duterte government from the ICC.

Duterte is not yet the specific target of the ICC investigation, but he and his men, including drug war architect Senator Ronald dela Rosa, have been named in the ICC reports as implementing an alleged policy of killing and coverup.

Marcos’ incoming justice secretary Jesus Crispin “Boying” Remulla said he would continue the drug war review that would reinvestigate accountability of at least more than 7,000 people killed in legitimate police operations. The drug war review was a commitment to the UNHRC. Overall, human rights organizations estimate that 27,000 people were killed under the mantle of the drug war.

Other European ambassadors who paid courtesy calls on Marcos also highlighted human rights in their talks with the president-elect.

“We exchanged about our commitment, about Germany’s continued commitment in the area of protecting human rights and safeguarding rule of law,” said German Ambassador to the Philippines Anke Reiffenstuel on Tuesday, June 7.

“We spoke about the peace process in Mindanao, we spoke about human rights, and media freedom, and we spoke about the broad range of areas of mutual interests for our countries, and I said that I was very much looking forward to working with the next administration,” said United Kingdom Ambassador Laure Beaufils on May 30.

Ateneo Human Rights Center executive Director Ray Paolo Santiago said “I personally welcome these statements and want to hear more about the concrete plans regarding these.”

“Every beginning is an opportunity. I hope that he will walk the talk,” said Santiago. – Rappler.com