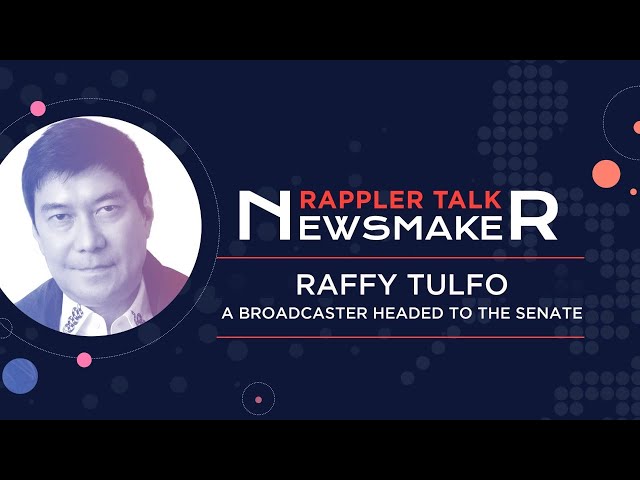 Facebook Twitter Copy URL
Copied
What can a radio show host criticized for so-called 'vigilante journalism' bring to the Senate? Catch this interview with the presumptive senator.

A radio personality who tried to solve aggrieved Filipinos’ problems by confronting authorities on air will soon become a senator, having placed third over-all in the 2022 senatorial race, based on partial, unofficial results.

Raffy Tulfo, called “idol” by his supporters and patrons of his popular show, Raffy Tulfo in Action, speaks to Rappler senior reporter Pia Ranada about what his priorities will be once in the Senate and his stances on key issues confronting the chamber, part of a branch of government supposed to act as a check on the awesome powers of the executive branch. (READ: Raffy wants to bring Tulfo brand of justice to Senate)

Catch this episode of Rappler Talk Newsmaker at 10 am on Thursday, May 12. – Rappler.com