EXILE. One morning in Joma and Julie's apartment in the Netherlands. Julie, Joma's lifelong editor and work partner, would affectionately remark that 'he even tests his jokes on me!'

Facebook Twitter Copy URL
Copied
'Some fifteen or so minutes before Joma took his last breath, he we was still talking about ensuring the revolution would win victory and advancing to socialism,' says his wife Julie

MANILA, Philippines – Until he took his last breath, Communist Party of the Philippines (CPP) founder Professor Jose Maria “Joma” Sison was thinking of how the revolution would win.

Sison’s wife, Julie, released his valedictory address to his comrades in the revolutionary movement on Friday, December 23, three days before the 54th anniversary of the CPP.

“It is with deepest grief that I have to be the one to issue my husband’s last and final message,” Julie said.

“Some fifteen or so minutes before Joma took his last breath, he we was still talking about ensuring the revolution would win victory and advancing to socialism. With his last thoughts he remained optimistic about the Filipino people whom he served with utmost determination.”

Sison died in exile in the Netherlands on December 16 after being confined in the hospital for two weeks.

She said they discussed the message in November when he was hospitalized and, with her assistance, produced the final draft days before his death.

Until the very end, Sison was hopeful about the movement he founded when he was just 29 years old, and consistent about the correctness of his Maoist strategy despite slow gains in the last 50 years.

In his address, he asserted that the “armed counter-revolution” by the ruling Marcos-Duterte administration “will continue to fail,” and that the revolutionary movement was “gaining strength and advancing the new democratic revolution.” He said it’s not true that the revolutionary forces, including its “Red cadres,” are “dwindling and being defeated.” Four years ago, the Armed Forces of the Philippines claimed the New People’s Army (NPA) was down to 3,700 fighters from around 25,000 at its height in the 1980s.

Sison acknowledged, however, that the “people’s war in the Philippines is still at the stage of the strategic defensive.” It has been at this stage for ages, and Sison’s communist movement is now the longest-running communist insurgency worldwide.

Sison lamented the “complete sabotage” of the peace talks between the Philippine government and its united front arm, the National Democratic Front (NDF), adding that the “worst came when [Rodrigo] Duterte became president.”

Peace talks with the communists started in 1987 after the democratic restoration under the government of Corazon Aquino. Both sides made the biggest gains in the negotiations during the administration of Aquino’s successor, former military chief Fidel Ramos, when the Hague Declaration was signed in September 1992, affirming a commitment to the peace process and ending armed conflict.

Two key agreements – the Joint Agreement on Safety and Immunity Guarantee (JASIG) and the Comprehensive Agreement on Respect for Human Rights and International Humanitarian Law (CARHRIHL) – were also inked during the Ramos administration.

Following Sison’s demise, the Department of National Defense (DND) said on December 17 that the biggest “stumbling block” to peace in the country was “gone.”

“A new era without Jose Maria Sison dawns for the Philippines, and we will all be the better for it,” the DND said.

[OPINION] The life and times of Jose Maria Sison Sison claimed in his message that the conditions remain for “growth and advance of the people’s democratic revolution,” given the economic problems the country faces, such as “tighter international credit.”

“There is severe decline in food production, including rice, vegetable, and fish, and inflation is soaring. But the Marcos-Duterte ruling team circulate the painful joke that the people can always buy imported food, despite the big drop in earnings from the export of raw materials and cheap labor,” he said.

Sison said the “current global crisis” is a “prelude” to the “resurgence” of socialist revolution around the world.

In his email sent to news organizations, the CPP’s chief information officer Marco Valbuena said, “Despite his death, Ka Joma’s revolutionary optimism will forever infuse the CPP as it carries forward the difficult tasks of leading the Filipino people in the revolutionary struggle for genuine national freedom and democracy.” 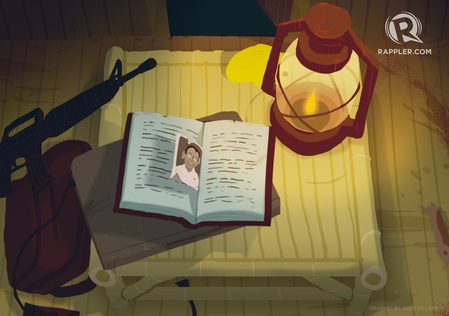