Facebook Twitter Copy URL
Copied
PhilHealth chief Ricardo Morales says he will ‘represent the corporation while still physically capable,’ but regrets that his privacy ‘has not been respected’

The Senate will not require Philippine Health Insurance Corporation (PhilHealth) president and CEO Ricardo Morales to attend its investigation of alleged corruption in the state insurer, as Morales is undergoing chemotherapy, Senator Panfilo Lacson said on Saturday, August 8.

The same goes for PhilHealth executive vice president and COO Arnel de Jesus, who has begged off from the probe citing an “unforeseen medical emergency.”

(We will respect the advice of their doctors, especially for General Morales. It is saddening, too, it’s no joke. We cannot blame him because his reason is really valid.)

Morales, a retired military general, was advised by his doctor to take a leave of absence as he battles cancer, Lacson said.

In a statement, Morales said, “As president and CEO, it is my duty to represent the Corporation while still physically capable. I regret that my privacy has not been respected.”

Earlier on Saturday, Morales confirmed to Rappler that he has been undergoing chemotherapy since May. However, he is not begging off from the Senate probe, he said, but only asking that he be allowed to attend succeeding hearings virtually and not physically because his immunity is compromised.

This, after a copy of his medical certificate sent to the Senate Committee of the Whole was leaked to reporters Saturday morning.

Lacson promptly expressed well wishes for Morales’ recovery, which he reiterated in the radio interview.

(When concerns a health condition, I’m really sympathetic…. I’m sure I can speak on behalf of my colleagues because that’s illness. What person wants to be sick?)

Lacson did not dispute the advice of the two PhilHealth executives’ doctors and the timing of their requests for a reprieve, saying it is true that both men are ill.

Lacson noted “past instances,” when officials facing investigation suddenly call sick, or show up in wheelchairs.

Morales and De Jesus were physically present at the Senate plenary hall in Pasay City for the first hearing of the probe into alleged rampant corruption in PhilHealth on Tuesday, August 4. Morales later said the 10-hour session left him feeling “worn out.”

The next hearing is set for Tuesday, August 11, and Lacson said new issues and “incriminating evidence” will be presented then.

The absence of the two top PhilHealth officials would be “their own loss” as they would not be able to respond to the allegations. The Senate would have wanted to hear their side, too, Lacson added.

Laborte and Keith have resigned from PhilHealth, effective by the end of August.

Cabading said a proposal for a P2.1 billion budget for information and communication technology in 2020 was bloated by about P734 million.

Morales: No reason to doubt people at PhilHealth 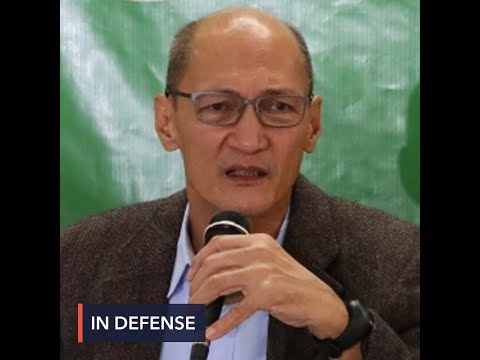 PhilHealth also allegedly paid out some P226 million to dialysis clinics and more than P4.7 million to maternity clinics under its Interim Reimbursement Mechanism, which should have prioritized COVID-19 hospitals.

Keith told the Senate that members of PhilHealth’s executive committee may have pocketed or misspent P15 billion of the state insurer’s funds.

Morales and the other PhilHealth executives have denied these allegations. Although Morales said the agency loses around 7.5% of its funds to fraud every year, the problem is “systemic,” and there is “no reason to doubt” PhilHealth’s top executives. – Rappler.com