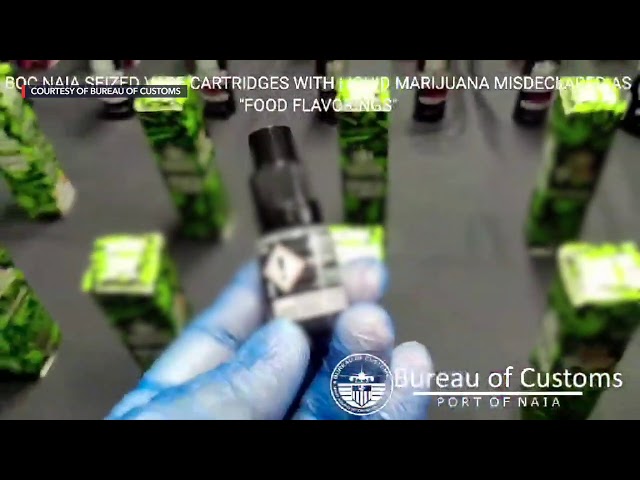 The vape package with fluid cannabis was misdeclared as “food flavorings” and shipped by a certain Roger Bowman from Amsterdam, Netherlands and consigned to an individual San Juan City.

Though this product is legal in Amsterdam, the country where the package came from, PDEA said that the importation of marijuana and its compounds, components and derivatives was prohibited here under Republic Act 9165 or the Comprehensive Dangerous Drugs Act of 2002.

The BOC-NAIA said this was their 95th record-breaking drug bust in the last last 2 years .