On November 25, scuba dive instructor Penn de los Santos and his team decided to return to the area where they first saw at least 10 of the gentle giants, mostly juvenile with one or two adults.

They were not disappointed as they spotted two whale sharks (butanding) and two manta rays.

Penn has been diving in the waters of Anilao Batangas for 18 years.  He recently decided to establish a dive academy in San Juan.

“This is the most number of whale sharks I’ve seen so far. We are trying to observe them and record what we see so we can establish their habits,” he said.

“Regulations are not really being implemented. We have been here for a year already. We want to get the attention of local communities and the local government for them to act on protecting and conserving what they have here,” Penn said.

He added that information, awareness and education is key to a successful implementation of regulations for areas identified as MPAs.

In Sariaya, Jay Lim, who has been a member of Tanggol Kalikasan since 1999, said they spotted the whale sharks in an area already close to San Juan.

“There’s a river in between Sariaya and San Juan and it is in that opening where there are a lot of dulong (small beady-eyed and krill-like fishes).  This is what whale sharks feed on so we suspect that’s why they were there,” he said.

Jay said he has encountered whale sharks before but this is the first time he saw a school of them.

“The challenge is to pass the unified fisheries ordinance of Batangas and Quezon to protect the butanding and pawikan (sea turtle) in Tayabas Bay. We have been pushing for this since 2017 but there have only been meetings so far,” Jay lamented.

Among those prohibited in the draft ordinance are fishing using big banca or commercial boats, the catching of endangered species, using very fine nets, coral exploration and exportation, fishing in areas declared as marine sanctuaries, and dynamite fishing.

Tayabas Bay cuts across the municipalities of Sariaya, Lucena, Pagbilao and San Francisco in Quezon, and San Juan in Batangas.

“We have seen the impact of marine protection with the example of Sariaya and that’s just one town.  If other municipalities follow suit, we can protect the entire Tayabas Bay,” he added. 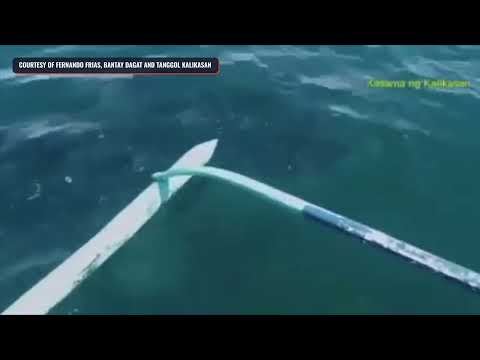 Pasco said the town has adopted the ordinance but not all those surrounding Tayabas Bay are doing their part as illegal and dynamite fishing can still be observed.

“The Verde Island Passage is the center of the center of marine biodiversity in the world with the highest concentration of marine species.  It is a tuna highway and we even used to have sightings of sperm whales,” he said.

The regional and national government has to step in, particularly BFAR and DILG, in order to fully implement the ordinance, Pasco stressed.

“The barangay captains, local chiefs of police, know what is going on in their areas. Just like how they implement the drug war where they report everything to DILG, they should treat this the same way because this is a matter of protection and food security,” Pasco said.

On Wednesday, MENRO will gather resort owners in San Juan to get their commitment in protecting the area to help sustain the presence of the whale sharks. – Rappler.com