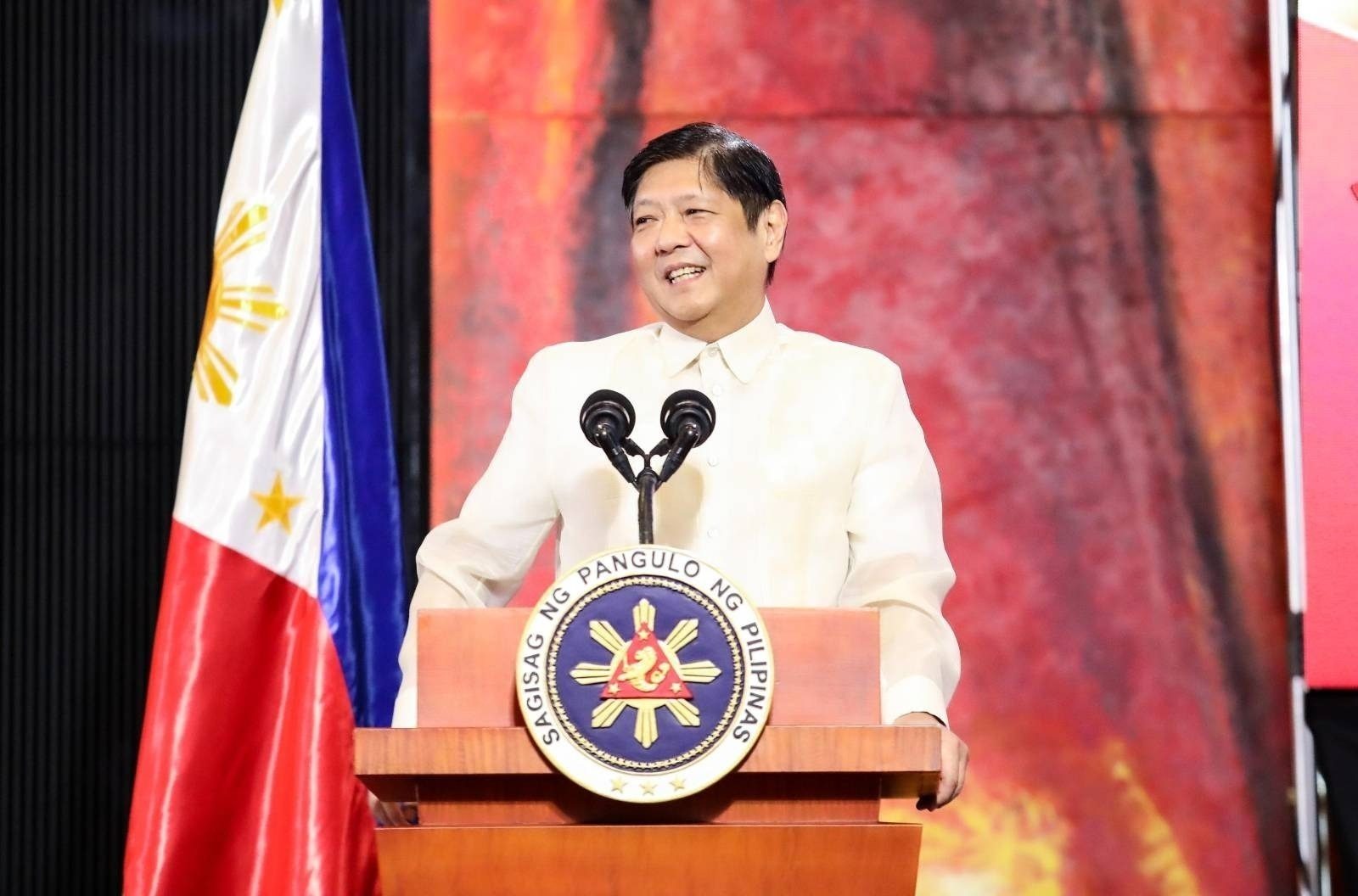 Facebook Twitter Copy URL
Copied
(1ST UPDATE) An envoy from Ukraine says they have been trying to reach Malacañang to arrange a Marcos-Zelenskiy meeting, but got no response

MANILA, Philippines – Philippine President Ferdinand Marcos, Jr. said his administration was “surprised” when an Ukraine diplomat said there was no response to a request for a meeting between him and embattled Ukrainian leader Volodymyr Zelenskiy.

Marcos said they have responded to Ukraine’s query, but could not find a schedule for the proposed encounter.

“There was talk of it a few months, a couple of months ago pero hindi na… walang napag-usapan (There was no talk). That’s why nagulat kami (we were surprised) when the special envoy came out and said na hindi pa sinasagot (we didn’t reply). Sinagot namin (We replied) but we didn’t get…  we couldn’t get it scheduled,” Marcos told reporters on Sunday, January 15, en route to Zurich, Switzerland to participate in the 2023 World Economic Forum (WEF).

A transcript of the interview, held inside PR001 or the presidential plane, was released to the media early morning Monday, January 16.

Denys Mykhailiuk, charges d’ affaires of the Ukrainian embassy in Malaysia, said in a virtual briefing on January 11 that Ukraine had been trying to reach Malacañang to arrange a meeting between the Philippine and Ukrainian leaders. But this went for naught.

An undersecretary of the Department of Foreign Affairs (DFA) would later say it was “not good diplomatic practice” for Mykhailiuk to “vent” via the media.

“I have no problem with talking to President Zelenskiy, especially now that mainit na ang giyera doon sa kanila (war in Ukraine is at a critical point). So of course we are, again, on the side of peace and that remains the same. But any expressions of support that he might feel is needed, we are happy to provide it,” added Marcos.

Zelenskiy has been leading the besieged Ukraine amid a Russian invasion. The Ukrainian leader has been courting support from different countries, specially for his proposed 10-point peace plan. Countries around the world have poured in billions of dollars into Ukraine for its defense and military resources.

Yet reception to its 10-point peace plan has been decidedly more cautious, even from countries which have expressed explicit support for Kyiv.

Marcos too was tentative when asked about the proposed peace plan.

“That’s not for us to decide. Those details are for… should there be talks Ukraine and… between Ukraine and Russia, sila mag-uusap tungkol diyan (they should be the ones to talk). We support any effort towards peace, anything basta’t matigil ang patayan, matigil ang giyera. ‘Yun na muna. Tapos kung papaano nila gagawin (just so the killing ends, the war ends. That’s all that matters. As to how it happens), what will they do with the territories that have changed stance, et cetera. That is really clearly between the two countries,” said Marcos.

Mykhailiuk told media that their request to meet with Marcos was first submitted in June 2022, or when the Philippine president began his term. Seven months into the Marcos administration a meeting has yet to happen.

The Ukrainian envoy said they’d been regularly filing a formal request for an encounter between the two leaders.

A Philippine diplomat on Thursday, January 12, said it was “not good diplomatic practice” for a Ukrainian diplomat to broadcast via the media his country’s apparent efforts to communicate with President Ferdinand Marcos, Jr. – efforts that have, thus far, apparently not been responded to.

The Department of Foreign Affairs (DFA)’s Undersecretary Carlos Sorreta, speaking before Palace reporters about the comments of Mykhailiuk on Ukraine’s efforts to arrange a dialogue with Marcos, said: “Ukraine is a country we have a good relationship with but when matters like these are vented by representatives of another government through the press, it’s not something that we appreciate.”

Marcos is in Davos, Switzerland to attend the World Economic Forum, an annual gathering of the world’s political and business elite. Marcos said that he planned to present to businessmen and fellow world leaders his administration’s push to create a sovereign wealth fund – even if it has yet to even be tackled before the Senate.

Ukraine – and the effect of Russia’s war on its economy – is expected to be a major topic at the WEF. Russia’s war in Ukraine has affected the supply chain of Ukrainian products, including those that countries around the world rely on for its food supply. Russia’s war has also affected world oil prices. – Rappler.com