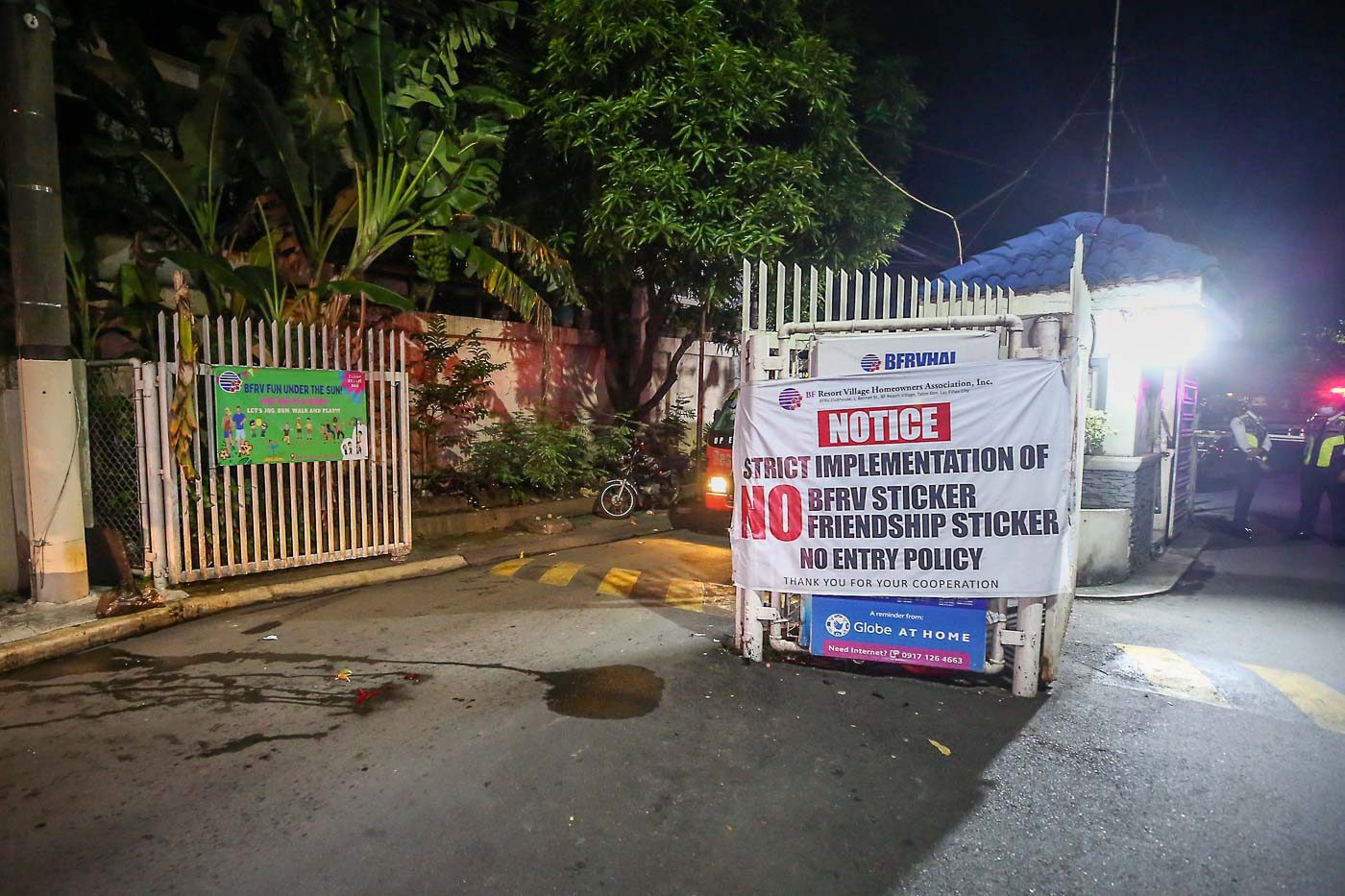 CRIME SCENE. Blood is seen on the road pavement after unknown gunmen shoot broadcaster Percy Lapid to death, by the gate of BF Resort Village in Las Piñas evening of October 3, 2022.

Facebook Twitter Copy URL
Copied
'Who gave the order? Who told the shooter to do this and why? That is what we are working on now,' says Marcos in a mix of English and Filipino

MANILA, Philippines – President Ferdinand Marcos Jr. is not convinced that Crisanto “Jun” Villamor, the alleged middleman in the killing of broadcaster Percy Lapid, died of natural causes in the New Bilibid Prison after he was implicated in the crime, Marcos said on Wednesday, October 26.

“The toxicology report came back and mukha talagang walang lason o walang gamot na ibinigay doon sa namatay…. But we [are] still not satisfied that it was natural causes. Sabi ko, tingnan ‘nyo nang mabuti because there are ways to kill a person that do not show up in the medico-legal. So tuloy-tuloy pa ang imbestigasyon,” Marcos told reporters on the sidelines of the National Information and Communications Technology Summit at the Manila Hotel on Wednesday.

(The toxicology report came back and it looks like there was no poison or drugs given to the deceased…. But we are still not satisfied that it was natural causes. I said, look at it closely because there are ways to kill a person that do not show up in the medico-legal [report]. So the investigation continues.)

Marcos said that he has been speaking to Justice Secretary Jesus Crispin “Boying” Remulla and Interior Secretary Benhur Abalos multiple times daily about the Lapid killing. The President said he didn’t have any particular directives, deferring to the police. Marcos said he’ll “just get in the way.”

“Alamin natin nang mabuti kung sinong behind this. Hanggang ngayon, hindi pa tayo nakakasiguro (We must find out who is behind this. Until now, we can’t be sure),” he said.

“But more important is to really trace where did this come from? Who gave the order? Who told the shooter to do this and why? That is what we are working on now,” Marcos added in a mix of English and Filipino.

The initial report of the National Bureau of Investigation (NBI) found that Villamor died on October 18 with “no apparent sign of external physical injury.” The heart also showed a “hemorrhagic area over the left ventricle.”

He died a day after self-confessed gunman Joel Escorial surrendered to authorities out of fear.

Second autopsy to be completed

“We’re hoping that everything is worked out properly. If there are doubts to be elicited, let them come out. We are not allowing anything to cover for the importunings of people who may not have the best motives,” the justice secretary said.

Villamor’s body is set to be returned to Leyte after the second autopsy.

Remulla said that at least six persons involved in or possibly knowledgable about the Lapid case are currently under the custody of the NBI and the Philippine National Police.

These include Villamor’s sister, Marisa (not her real name), his cousin Jose Villamor who was detained in Bilibid with him, and another alleged middleman, Christopher Bacoto. Escorial has also been under custody since he surrendered on October 17.

The justice department continues to wait for the surrender of three other members of the group that was allegedly on the ground helping Escorial do the kill. These are brothers Israel and Edmon Dimaculangan, and a certain “Orly.” (READ: Conspirators followed Percy Lapid for days before killing him – suspect)

“Marisa” earlier gave to the DOJ names of possible masterminds. These names were reportedly sent to her by her brother before he died. But the DOJ maintains that the information must be further verified.

“We cannot speculate. I think it’s unfair to speculate. We will…. Basta aabutin natin kung saan man matutumbok ‘yan, tutumbukin natin,” Remulla said of the names given by Marisa. (Wherever the investigation heads, we’ll reach for it.)

Marisa’s cellphone is with the NBI, but the one used by her brother inside Bilibid has yet to be found. – Rappler.com