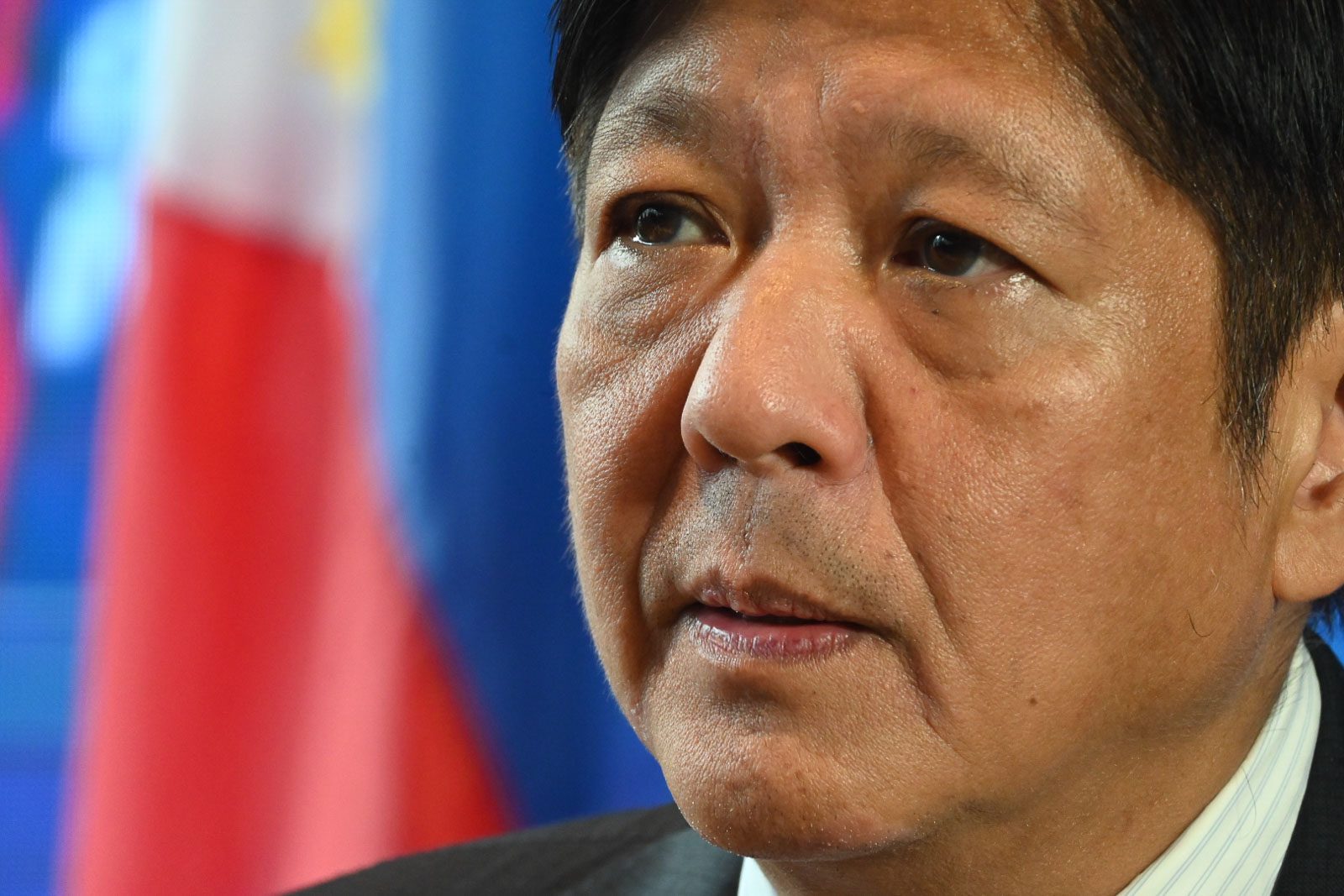 NEXT PRESIDENT. In this file photo, Ferdinand “Bongbong” Marcos speaks to the media after meeting with various diplomats at the Uniteam Headquarters in Mandaluyong City on May 23, 2022. Alecs Ongcal/Rappler

Facebook Twitter Copy URL
Copied
'We would welcome any assistance for the economy that we can get from the United States,' says presumptive president Ferdinand Marcos Jr in news conference

MANILA, Philippines – Presumptive president Ferdinand Marcos Jr said on Monday, May 23, he discussed the extension of a joint military agreement with an envoy of defense ally the United States, after meetings with senior diplomats of four countries.

Ambassadors of Japan, India and South Korea and the US Chargé d’Affaires made courtesy calls Monday on Marcos, the son and namesake of the notorious late dictator, following his landslide election victory this month.

Marcos, 64, who take office late in June, said he discussed with the US envoy the Visiting Forces Agreement (VFA) and how it would be redefined amid a changing regional landscape, plus funding for climate change mitigation.

“We would welcome any assistance for the economy that we can get from the United States,” Marcos told a news conference. “Trade, not aid.”

The VFA, which provides a legal framework by which US troops can operate on Philippine soil, was a bone of contention for incumbent President Rodrigo Duterte, who repeatedly threatened to scrap it.

“Security concerns of course has always been a big part of our relationship with the United States,” Marcos said.

Analysts expect Marcos to pursue close China ties, which could complicate relations with former colonial power
Washington, his military, and the Philippine public, with which the United States is popular.

He last week spoke with Chinese President Xi Jinping and said he wanted bilateral ties to “shift to a higher gear”.

Marcos said he discussed aid projects with Japan’s ambassador, microfinance with India and with South Korea,
information technology, regional security and the possible reactivation of a disused nuclear plant.

The plant was intended by his late father to be part of his economic modernization legacy, but was mothballed after his overthrow in a 1986 “people power” uprising, two years after completion.

Marcos said he asked Arsenio Balisacan, the national anti-trust agency chief, to be economic planning minister, a role he held from 2012 to 2016 under an administration that was a rival to the influential Marcos family. – Rappler.com