Bumper to bumper traffic is seen along EDSA southbound on Wednesday, June 16, 2021 after the announcement of the NCR Plus GCQ status from June 16-30 and with the government slowly reopening the economy. Rappler

Facebook Twitter Copy URL
Copied
During the dry run from August 15 to 17, erring motorists will only be reminded of the coding scheme. Starting August 18, violators will be apprehended.

The Metro Manila Council, composed of the National Capital Region’s 17 mayors, approved on Thursday, August 11, MMDA Resolution No. 22-14 Series of 2022, which will bring back the Unified Vehicular Volume Reduction Program (UVVRP) in the region. 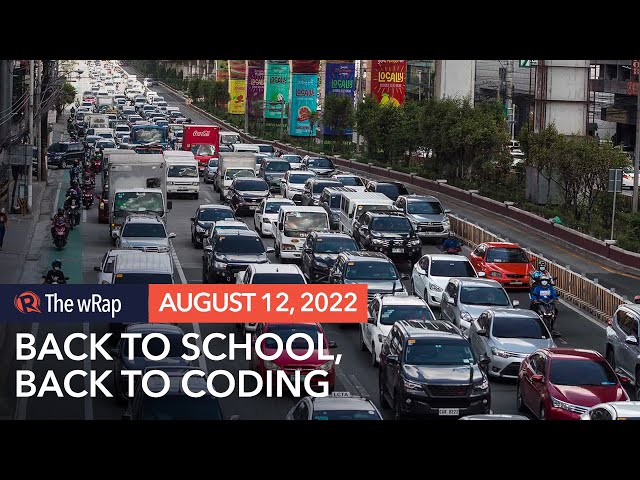 Classes in public elementary and high schools will start on August 22.

How the scheme works

The number coding will be in effect 7-10 am and 5-8 pm on weekdays, except holidays.

Vehicles are prohibited from traveling in Metro Manila during those hours on the days that correspond to the ending number of their license plates:

Exempted from the UVVRP are:

“From August 15 to 17, we will start the dry run and will only remind motorists of the expanded number coding scheme,” MMDA Acting Chairman Carlo Dimayuga was quoted as saying in an MMDA media bulletin.

“On August 18 onwards, the MMDA will start apprehending and will issue traffic violation tickets on ground and through our non-contact apprehension policy.”

The number coding ordinances of local government units “will prevail on secondary roads,” the MMDA said.

Volume of vehicles in Metro Manila

The MMDA expects the number coding scheme to reduce the volume of vehicles during the peak hours by 20%.

Before the pandemic lockdown and travel restrictions, an average of 405,000 vehicles plied EDSA, Metro Manila’s major highway, every day.

As of August 4, about 387,000 traversed EDSA, according to the MMDA Traffic Engineering Center.

The number of vehicles is expected to increase to 436,000. – Rappler.com