ROAD MISHAP. Responders at the accident site in Orani, Bataan.

Facebook Twitter Copy URL
Copied
'This is a very serious accident, and there has to be somebody held accountable for it,' says Quezon City Mayor Joy Belmonte

MANILA, Philippines – The Quezon City local government is set to launch an investigation into the November 5 incident of a bus carrying QC teachers which fell into a ravine in Orani, Bataan, while leaving a training activity held in the province.

On the sidelines of her fourth State of the City Address on Monday, November 7, Quezon City Mayor Joy Belmonte confirmed the need for an investigation as there were conflicting statements from surviving teachers on what really happened. One teacher died as a result of the crash while more than 20 were injured. 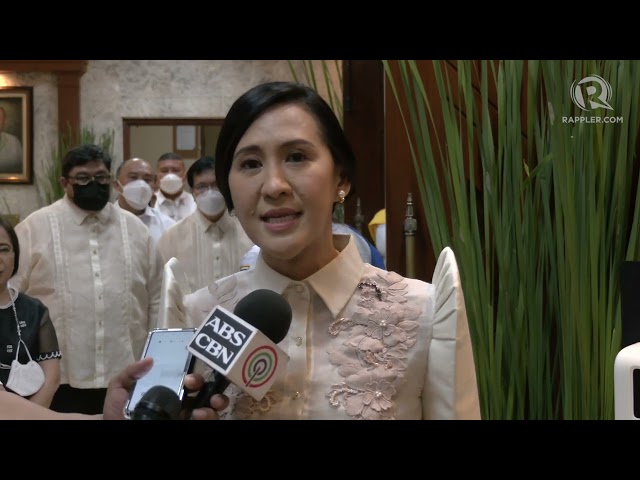 In informal interviews Belmonte said she had with teachers, some testified that the brakes malfunctioned, while others said the vehicle was in good working condition, so the fault was allegedly the driver’s.

“So there are conflicting statements. And I think that the fact that everyone could have died if that branch was not there…this is a very serious accident, and there has to be somebody held accountable for it,” Belmonte said.

Belmonte said that the city administrator’s office would undertake an investigation on behalf of the executive department, while the city council would hold its separate probe.

On Saturday, the School Division Office of Quezon City (SDO QC) said in a statement that the group in the crash was part of three busloads of public elementary and secondary school teachers who left the Francisco High School Compound in Quezon City on November 4 to attend a Gender and Development (GAD) activity in Sinagtala Resort in Orani.

The SDO QC said that just minutes after leaving the resort on Saturday, the bus, “while negotiating a very sharp curve, lost its brakes and plunged into a 15-meter ravine, causing various injuries to the passengers.”

The Quezon City mayor highlighted the need to investigate why the GAD activity for QC teachers was held in Bataan.

“That is something that we have to include in the investigation, kasi ang pagkaalam ko, well, dito sa amin sa Quezon City, hindi namin pinapayagan na pumunta out of town ang mga training na puwede naman gawin dito sa ating sariling lungsod,” said Belmonte. (As far as I know, well, here in Quezon City, we do not allow out-of-town trips for trainings that can be held here in our city.)

“GAD refresher course lang naman, at ang dami-daming nakakaintindi ng GAD dito sa lungsod. Ako mismo, puwede kong ituro ‘yung course na ‘yan – bakit pa kailangan pumunta sa Bataan?” she added. (It was only a GAD refresher course, and there are so many who understand GAD here in the city. I myself can teach that course – why did they have to go to Bataan?)

Department of Education (DepEd) spokesman Michael Poa said in a press conference on Monday that out-of-town trainings were generally allowed based on Department Order 32, series of 2011, and DO 66, series of 2017.

“What is clear in both policies is that out-of-town trainings [and] out-of-town seminars are allowed. This is not unique to the DepEd. This is allowed also in other government agencies,” said Poa in a mix of English and Filipino.

In considering location trainings, Poa said, “we always look for a place that’s conducive for the holding of the workshop.”

“We’ll let you know once there is any decision made if there is a need to revisit our policies. Sa ngayon, wala pa po (For now, there isn’t any),” said Poa.

The DepEd thanked the Quezon City government for extending assistance to those hurt in the incident. – Rappler.com