SALUTE. Police-BARMM director Brigadier General John Guyguyon and other ranking police officials in the Bangsamoro region salute during a formation on Monday, January 9.

COTABATO, Philippines – More than a dozen police generals and colonels in Mindanao have submitted their courtesy resignations to Camp Crame in response to a call for internal cleansing by Interior Secretary Benhur Abalos.

Brigadier General John Guyguyon, police director for the Bangsamoro Autonomous Region in Muslim Mindanao (BARMM), confirmed on Monday, January 9, that he, another brigadier general, and 13 full-fledged colonels have already heeded Abalos’ call across the Bangsamoro region.

“I know everyone was taken by surprise but that was the appeal to us, and in support of it, we tendered our courtesy resignations,” Guyguyon said.

He said he and other PNP officials in the BARMM hope the courtesy resignations would allow an impartial investigation and rid the police of officials behind the illegal drug trade.

Guyguyon said their move would not disrupt police work in the BARMM and those who submitted their letters would continue working unless their resignations are accepted.

Guyguyon was among the first police officers in the BARMM to submit courtesy resignation letters to Camp Crame.

“Those who clean need not worry,” he said.

On Saturday, January 7, Davao Region police director Brigadier General Benjamin Silo Jr. said he and two other brigadier generals and 20 colonels under him also decided to submit their courtesy resignation letters to show that they were on “moral high ground.” – Rappler.com 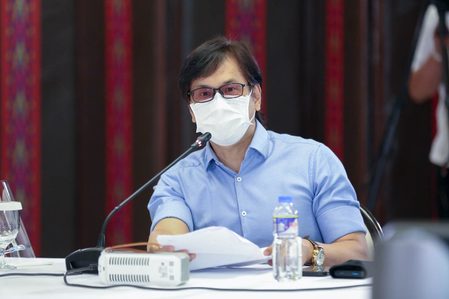