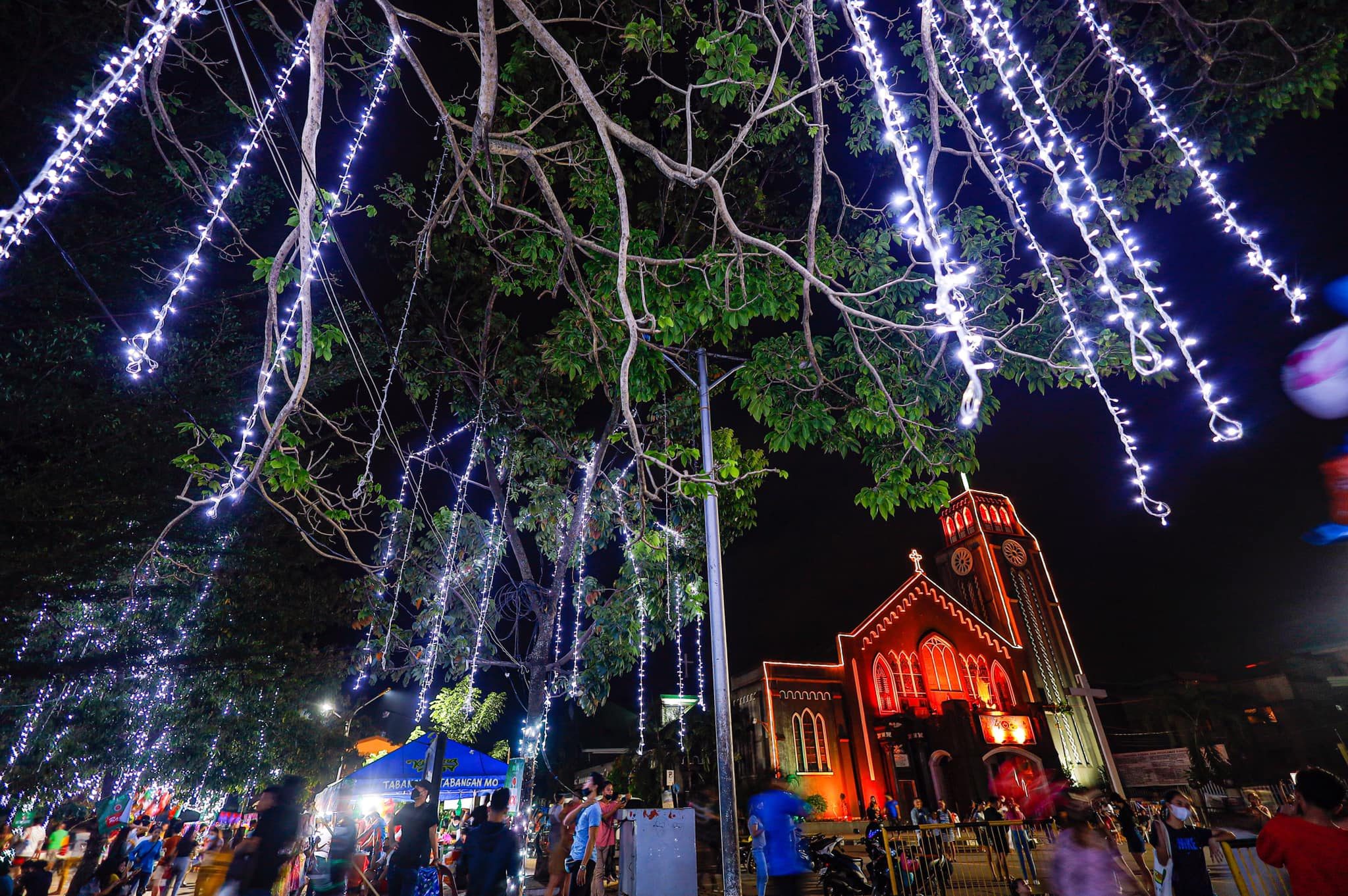 LIGHTS. Cagayan de Oro's Gaston Park across city hall and the nearby Saint Augustine Metropolutan Cathedral light up weeks ahead of Christmas Day.

Facebook Twitter Copy URL
Copied
Bright white lights illuminate the facade of city hall's white Executive House each night, creating a snowless winter wonderland ambiance, and making the 20th-century edifice look royal and the centerpiece of the site of the Festival of Lights

CAGAYAN DE ORO, Philippines – Cagayan de Oro opened up, and the local government started organizing events ahead of Christmas and New Year’s days the way it did in pre-COVID-19 pandemic years.

City hall lit up its historic Executive House, the building that houses the mayor’s office, as well as the entire Gaston Park across it.

The oldest of several city hall buildings is on the site where Cagayan de Oro’s seat of government stood, except for a brief period after it was razed to the ground in the 1920s.

The seat of government of the then-municipio Cagayan de Misamis was rebuilt in 1939 on the exact same site where local officials received many dignitaries on separate occasions in the 1900s, among them then-American chief civil administrators in the Philippines William Howard Taft and Theodore Roosevelt Jr.

Bright white lights illuminate the facade of the white Executive House each night, creating a snowless winter wonderland ambiance, and making the 20th-century edifice look royal and the centerpiece of the site of the Festival of Lights.

Complementing city hall and the park is the nearby Saint Augustine Metropolitan Cathedral, another old structure standing near the majestic Cagayan River, which also lit up weeks ahead of Christmas.

“Two years into the COVID-19 pandemic, we are now seeing more signs that things will get better. That should give us hope, and this Christmas season, we should be full of hope and love for each other and God. We should hope for better things,” said Mayor Uy.

With only seven new COVID-19 cases logged as of Tuesday, December 6, it has become business as usual in Cagayan de Oro, which, according to the Philippine Statistics Authority (PSA), bounced back from its pandemic-caused economic slump as early as 2021.

Cagayan de Oro is where the first documented COVID-19 patient in Mindanao died in 2020.

The events include a school and barangay band competition and Paskorela, a contest for the best-decorated motorela – a six- to eight-seat version of the tricycle.