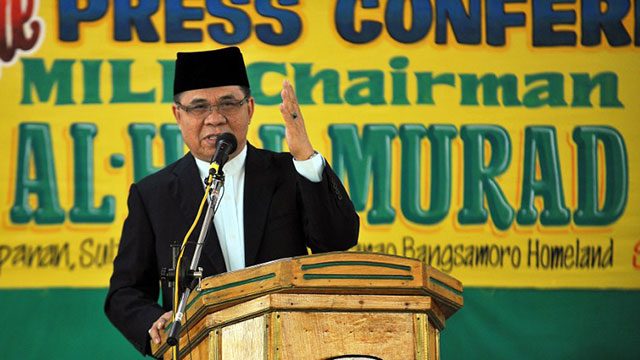 He said Ebrahim’s group backed the presidential bid of then-vice president Leni Robredo, and had those who supported other candidates expelled.

Hashim’s son Abdullah, a BARMM parliament member, on Wednesday, July 27, said his family was offended by the use of his father’s name by Delna’s group, adding that it was an “utter disregard” of the Bangsamoro unity that his father had championed.

The late Hashim studied in Cairo, Egypt, where he first laid the groundwork for the organization of the Bangsamoro armed struggle. He was behind the military training of the famous Batch 90, the first batch of Moro cadres from whom came the armed group of the Moro National Liberation Front (MNLF).

He cried foul when Ebrahim’s group “expelled” him on April 27 for merely “expressing support and campaigning on the basis of our independent political views as individual voters.”

Delna called on Marcos to appoint new BTA members only from the “MILF-Hashim Salamat wing.”

Officials of the MILF-led BARMM decried Delna’s move, and labeled him and his followers as “peace spoilers.”

Delna’s son, Saad, ran for mayor of Mangudadatu town, Maguindanao, in the May 9 elections under an alliance led by Maguindanao Governor Mariam Sangki Mangudadatu.

Toto, who lost when he challenged Mariam’s reelection bid, and Freddie were the candidates supported by Ebrahim’s United Bangsamoro Justice Party (UBJP).

They said the Marcos administration should not allow Delna’s group to spoil the gains of the peace process.

Malacanang has been silent about the BARMM and the fate of the interim BTA members.