NATIONAL HERO. The flag ceremony during the 126th Rizal Day commemoration at Rizal Park in Dapitan City on December 30.

George Aseniero, grandson of Rizal’s Dapitan student, Jose Aseniero asked Dapitanons to help his dream of reconstructing the water system that the national hero built during his years of exile in what is now Dapitan City in Zamboanga del Norte.

“The water system is gone but remnants are still there, and the source called Linaw is still bringing out water until now,” said Aseniero, the guest speaker at Dapitan’s observance of Rizal’s 126th death anniversary on Friday, December 30.

Jose was among Rizal’s 24 students in Dapitan and included in his memoirs the years spent with the polyglot author, doctor, scientist, teacher, and farmer, who also organized the town’s fisherfolk.

The late Aseniero was only 12 when he met Rizal. He saw Rizal die before a firing squad in Bagumbayan (now Luneta).

George translated his grandfather’s memoirs, which were written in Spanish.

The young Aseniero reminded locals how foreign engineers were amazed with Rizal’s water system, citing a United States Army Engineering Corps who in 1936 described it as “very good structure” and “clever engineering constructed under the supervision of Rizal.”

The water system was actually a community effort with design and funding by the Spanish government, labor by Dapitanons and surveying and layout plan by Rizal, who took up Land Surveying and Assessment at the Ateneo de Municipal de Manila. 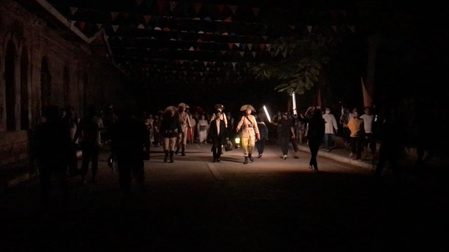 On June 12, 1894, Jesuit Father Antonio Obach of Dapitan Mission sent a letter to his superior stating that the proposed water system was approved by Eulogio Despujol, Spanish Governor General in the Philippines.

Its construction was started by Ricardo Carnicero, the Spanish Politico-Military commandant in Dapitan. The construction of the water system was under the direction of Brother Juan Costa.

The guest speaker earlier described the water system this way: “The pipes had bores, like the one on a gun barrel, to increase the speed of water and the end of the pipeline was a fountain that Rizal sculptured into a head of a lion with water flowing from its mouth. Perhaps Rizal tried to copy a similar fountain in Heidelberg, Germany.”

“Brother (Costa) arrived on April 25… kiln was erected for baking bricks, gutters, pipes and everything needed for the project. For their part, Dapitanons drew up an act promising volunteer work one day a month,” Obach said in his letter.

In a subsequent letter to his superiors on May 4, 1895, Obach mentioned that “Bro. Costa is bringing the scheme made by Don Jose Rizal for the water system. Drawn up by such an engineer it does not lack precision.”

It is the moral obligation of Dapitanons to restore the water system, Aseniero stressed.

“It should not be very difficult. If our forefathers were able to construct it before, we can reconstruct it,” he pointed out.

All it will take is Dapitanons’ love for Dapitan and for Rizal, who gave so much to the town.

“If we can do that, we can proudly say we already did a good service not just to Dapitan, but to our entire nation,” he said.

In response, Dapitan Mayor Seth Frederick Jalosjos said that Aseniero’s challenge is something that he has been working on for 10 years now, recalling when Aseniero, the then National Historical Institute and himself were looking for the exact location of the water system.

“The lack of interest by the people and the LGU before may be a reason for the restoration project’s slow movement…but there is no excuse. Rest assured that my administration is bent on restoring and preserving Rizal’s heritage,” the mayor said. – Rappler.com