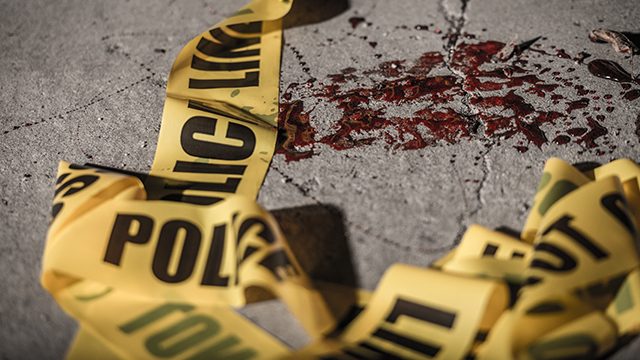 Witnesses reported seeing the assailants jumping over the fence and speeding off on motorcycles.

Cabilan was in the government compound to attend a meeting upon the instruction of Dumingag Mayor Gerry Paglinawan, according to former Akbayan representative Tom Villarin.

The victim was closely identified with former Dumingag mayor Nacianceno Pacalioga Jr. who ranked second in Zamboanga del Sur’s 2022 gubernatorial race. He was also an Akbayan member and once served as the group’s division secretary-general in Zamboanga del Sur.

Senator Risa Hontiveros and other Akbayan members condemned the killing, and called for an end to political violence.

“I strongly condemn the brutal killing of fellow Akbayan Party member Richard ‘Butch’ Cabilan, the Municipal Environment and Natural Resources Officer of Dumingag, Zamboanga del Sur…. As a civil servant, it is very alarming that this gruesome attack happened inside the compound of a government-owned facility,” she said in a statement.

“As a partymate, Butch upheld and embodied the best of public service. He had a profound impact on his community. He is widely recognized in Zamboanga del Sur for his fight against poverty, inequality, and injustice. His death is a huge loss,” she added.

Cabilan worked as Dumingag administrator when Pacalioga was mayor, and he started serving as municipal environment and natural resources when Pacalioga’s daughter, Joan Abejuela, became the local chief executive.

The Pacaliogas, who ran under the People’s Reform Party (PRP), lost to Yu and Paglinawan – both candidates of the Partido Demokratiko Pilipino (PDP).

Abejuela and Paglinawan figured in a hotly-contested mayoral race that saw Pacalioga’s daughter behind by a little more than 1,000 votes.

“I am calling on PNP Chief Gen. Rodolfo Azurin to immediately investigate this political killing, and appeal for greater efforts from the state to protect our civil servants and all our citizens. We must prevail against these evil acts that endanger our safety and our democracy,” she said.

Villarin wrote in a Facebook post: “Based on our initial findings, Butch was required to attend a meeting by the new Dumingag town mayor, Mayor Gerry Paglinawan, through a memo. He complied, perhaps thinking that the heat of the elections had subsided and also to comply as a public servant. After the meeting, he went to the town’s agricultural training center where three assailants were waiting in ambush.”

He added: “The killing of kasamang Butch should be thoroughly investigated by the Philippine National Police. The assailants should be apprehended and their bosses who ordered the killing be exposed. Political murders should not exist in a democracy.” – Rappler.com