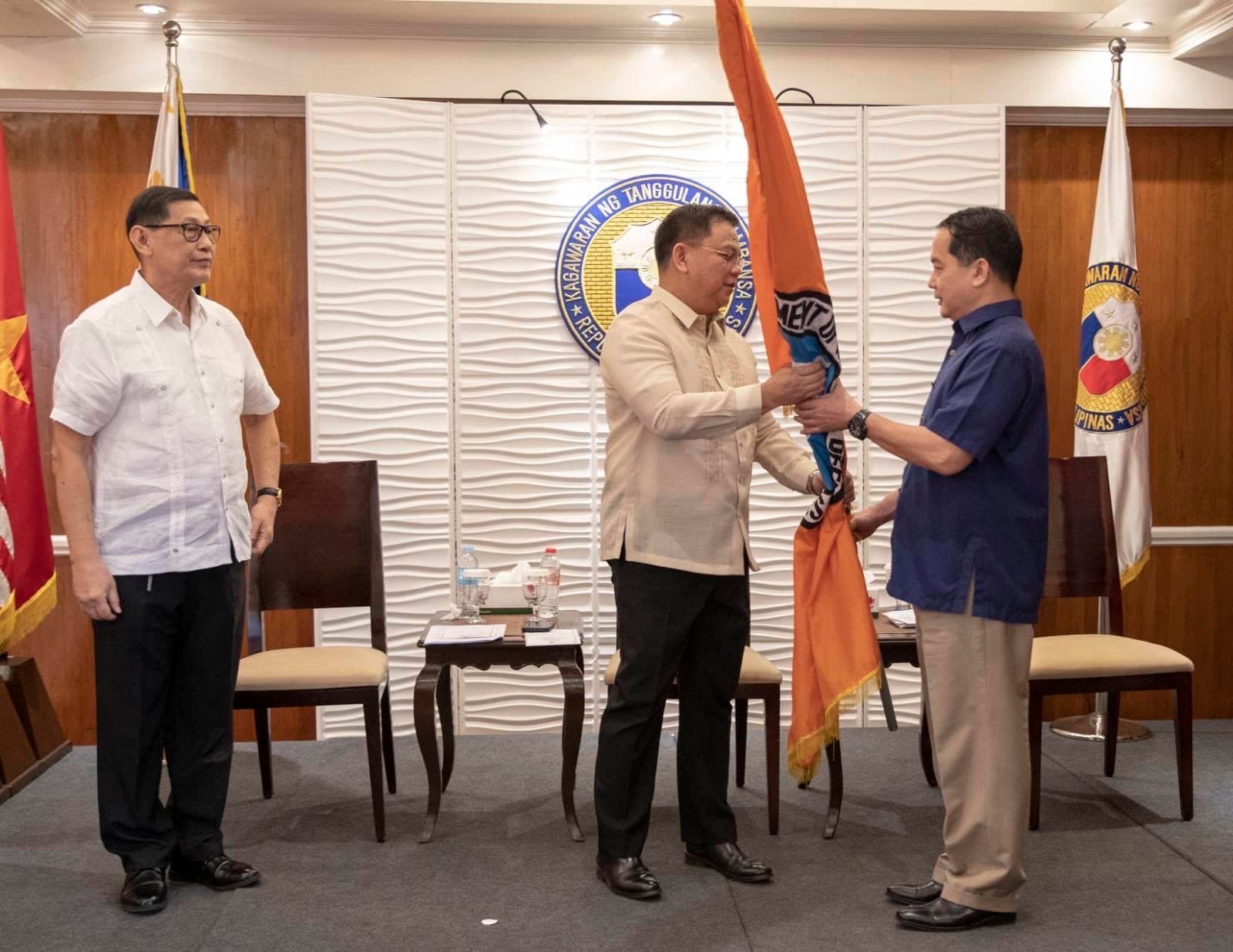 Ferrer, who was in Misamis Occidental, had to leave to attend the turnover ceremony at the Department of National Defense at Camp Aguinaldo in Quezon City.

The relief of Ferrer did not sit well among the non-government organizations and civic clubs who have already coordinated their relief operations with the OCD in Misamis Occidental.

“The relief order was untimely because Ferrer have been doing a good job coordinating with us. Sayang,” Charlito Manlupig, president of the Balay Mindanao Foundation Inc., said.

Manlupig said Ferrer has a long experience dealing with NGOs and civic clubs and made relief operations easier in coordination with the local government.

A statement by the OCD described Nepomuceno as “a seasoned public servant” and cited “his years of administrative experience as well as the drive to further push the national resilience agenda to safeguard Filipino communities against the threats of disaster.”

“Nepomuceno’s assumption as CDA is a homecoming of sorts.,” the OCD added, noting that he was the agency’s civil defense executive officer in 2012.

Nepomuceno also has a controversial side.

He resigned as deputy commissioner for enforcement of the Bureau of Customs (BOC) on August 29, 2017, after BOC intelligence chief Neil Anthony Estrella and Commissioner Nicanor Faeldon quit.

He was among the BOC officials tagged by then-senator Panfilo Lacsion in the “tara” or bribe money scandal that same year.

Then-presidential spokesperson Harry Roque said Nepomuceno and the BOC officials were cleared of the allegations.

Ferrer responded to his removal with a brief statement posted on the OCD’s Facebook page.

“In my brief stint as Civil Defense Administrator & NDRRMC Executive Director, I have seen the hard work & commitment of the men & women behind the DRRM initiatives of the government… I am one with you in spirit & continue to support you as you do your part in building disaster-resilient communities. Keep that indefatigable public service burning. Carry on!”

Ferrer, a retired general, held many senior command positions during his time with the Armed Forces of the Philippines (AFP).

Nepomuceno assumes leadership as Mindanao provinces reel from days of rain and flash floods triggered by the shear line, a weather disturbance

The RDRRMC 10 also recorded three other deaths in Misamis Oriental, and two in Bukidnon  bringing the total number of the dead to 24, as of 3 pm Thursday.

The cities of Ozamiz, Oroquieta including the town of Sinacaban in Misamis Occidental; and Gingoog City and the towns of Medina and Talisayan in Misamis Oriental have each declared a “state of calamity”.

Many of these cities and towns have gone waterless since Christmas Eve, posing major health risks to its residents, the regional disaster relief operations center said.

More than 20,406 families or 88,744 individuals were affected by the flash floods and had to spend Christmas Eve in the evacuation centers. – Rappler.com