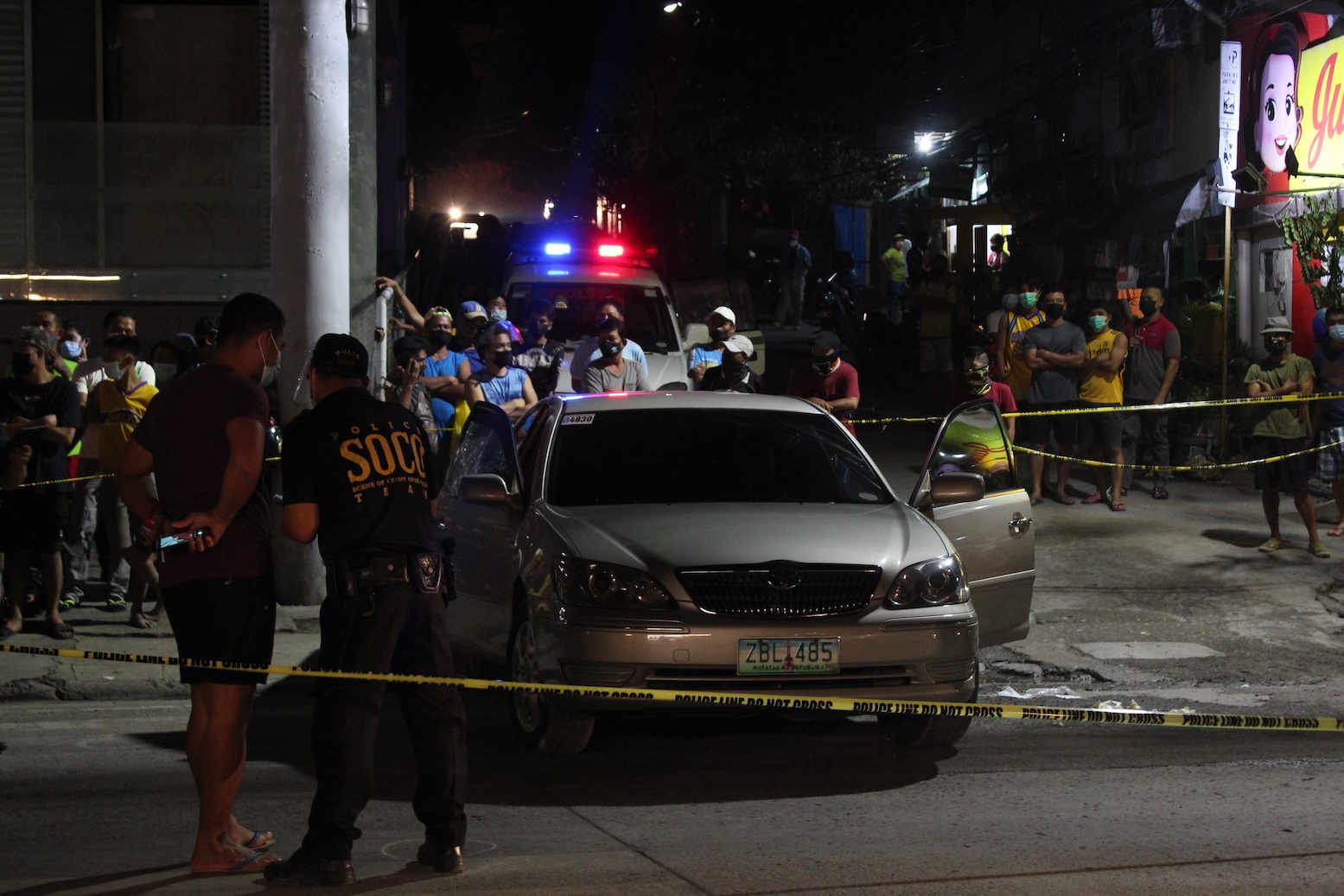 SOCO. Fernandez was riding a grey Toyota Camry when he was shot dead.

A hooded gunman ambushed Fernandez’s car and killed the lawyer along Salvador Street, Sitio Banawa, in Barangay Guadalupe, here in Cebu City. Fernandez’s driver was also injured in the shooting.

“No words, indeed. Another colleague has fallen with his boots on. We had lost count. It has not stopped and every lawyer is a sitting duck,” NUPL president Edre Olalia said.

Fernandez was the third lawyer killed in Cebu in less than a year. “Before he was silenced, he castigated the present administration which he had hitherto placed his sincere hope on would bring change. He died disillusioned that it was not meant to be,” Olalia said.

The NUPL president was referring to an August 24 post by Fernandez, who wrote: “Digong. I would have followed you to the ends of the world but you sold your principles, piece by piece, to the nearest pimp who could pull your ears and your beautiful nose. What a waste!”

There is no clear lead on who killed Fernandez, or why.

Commission on Human Rights (CHR) Central Visayas chief investigator Leo Villarino said it was too early to tell the motive of the murder.

“NUPL Cebu demands justice and accountability for the killing of Atty. Rex and the unresolved killings of lawyers, paralegals, and human rights workers,” the laywers’ group said in a statement sent to Rappler.

“We reiterate our call on the Philippine government to comply with its constitutional and international law obligations to guarantee the safety and integrity of human rights defenders, afford protection to the members of the legal profession, and ensure that they can perform their duties without harm, intimidation or harassment,” NUPL Cebu said.

NUPL spokesperson King Anthony Perez clarified to Rappler that Fernandez was the 57th lawyer, not the 64th, lawyer killed under the administration of President Rodrigo Duterte.

“There’s a discrepancy regarding the lawyer killings count. Upon review from NUPL National, Atty. Rex is the 57th lawyer killed under the Duterte admin. Our standard of identification is ‘prima facie work-related killings,” King explained.

Some groups have deemed Fernandez as the 64th lawyer to be killed since Duterte became president in 2016, but by the NUPL’s count, he is the 57th. This is because of the NUPL’s assessment that some of the killings were not, on its face, work-related.

The IBP Cebu Chapter also denounced the killing of Fernandez and appealed to establishments in the area that have CCTV footage of the crime to cooperate with investigators.

“An attack on our brother-lawyer for case-related motives is an attack on the justice system and the rule of law we promised to protect,” IBP said.

Fernandez represented the alliance in its protest against the planned modernization of the Cebu province’s oldest and largest farmers’ market.