‘If we elect a thief, there’s no one to blame but us’ – Pacquiao MANILA, Philippines – Presidential bet Manny Pacquiao did not mince words when he said that electing a thief is the electorate’s fault.

At the forum organized by the Catholic Bishops Conference of the Philippines, Pacquiao noted that a lot is at stake in the upcoming May 9 national and local elections. 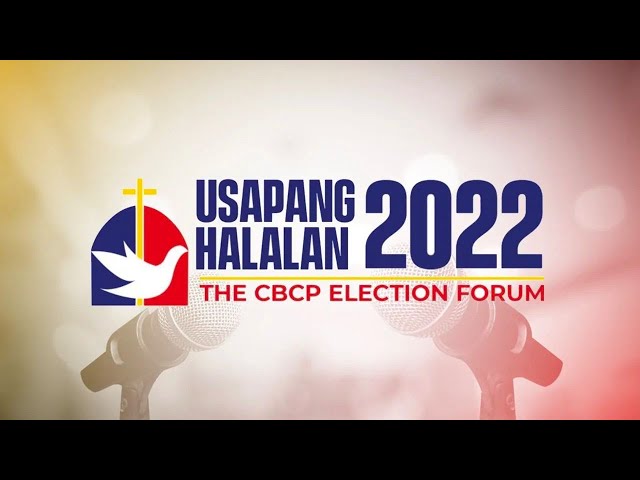 (If we are voting for a thief, someone who takes advantage of us, who should we blame? Us, ourselves, because we voted for the person. We really need to think about this, especially this upcoming election, because our children’s future is at stake.)

This is not the first time that Pacquiao made this appeal. When he was at the so-called Solid North, the bailiwick of the Marcoses, Pacquiao said that “only those who are stupid would vote for a thief” as he said that Filipinos are smart enough to decide.

“Only in the Philippines nakita ko na convicted ka na, hindi ka pa nakukulong. May conviction ka na, hindi pa naseserve,” he said on Friday, in what seemed to be a veiled comment against the Marcoses.

(It is only in the Philippines where I saw that you are already convicted and yet you still haven’t been jailed. You already have conviction yet you haven’t served time.)

In 2018, dictator’s wife Imelda Marcos was found guilty of graft yet she was not arrested due to humanitarian consideration extended by the Sandiganbayan because of old age.

Pacquiao has promised to go after corrupt politicians whenever he was asked about the ill-gotten wealth of the Marcoses.

At this segment of the forum, moderators were asking about lifestyle checks and disclosure of Statement of Assets, Liabilities, and Net Worth (SALN). Pacquiao said that he does not see anything wrong with disclosing his SALN, adding that as a boxer, he risked his life to reach his current net worth.

Earlier, Pacquiao said that he wants to make SALN disclosures mandatory for public officials, as well as accessible for anyone who wants to see these contrary to the current policy of the Duterte administration. He also previously said that he would require bank secrecy waivers for officials.

For many years, President Rodrigo Duterte’s SALN has been kept secret because of an Ombudsman circular restricting the public release of this document.

But for Pacquiao, the main roadblock to transparency is that officials do not respect the law.

(We need the law to have teeth so that people respect our authority, the government. Just like in our country, if our leaders do not respect our government and country, my countrymen, we need to think. Let us change them.) – Rappler.com