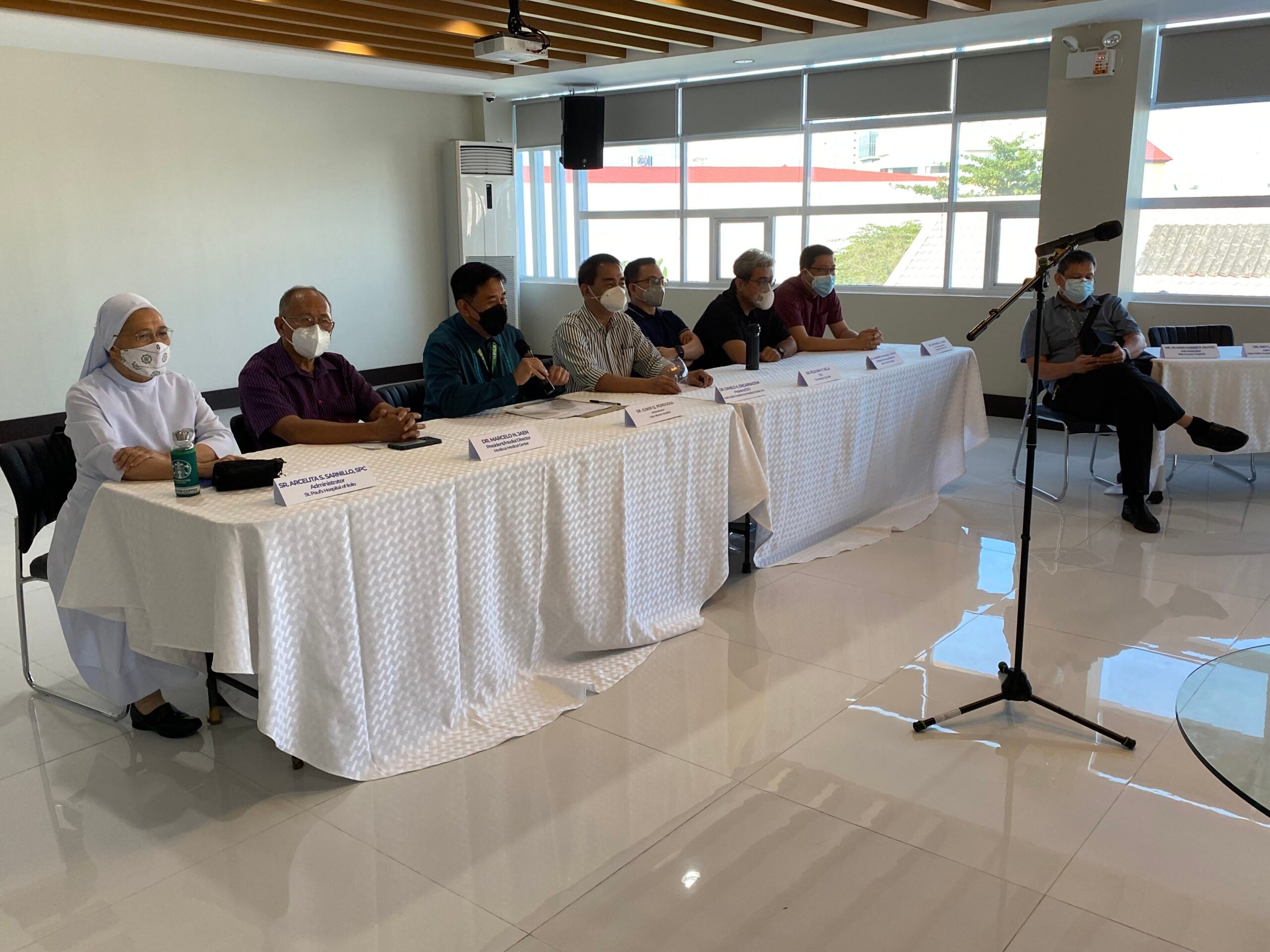 Hospital chiefs and representatives during a press conference on December 13.

Facebook Twitter Copy URL
Copied
Philhealth promises to fast track payment of P1 million in claims for hospitals but that may be too little, too late for the private facilities

ILOILO City, Philippines—Officials of the Philippine Health Insurance Corporation (PhilHealth) will meet with representatives of Iloilo City private hospitals on Friday, December 31 to persuade them to rethink plans of non-renewal of their accreditation.

Dr. Elmer Pedregosa, Administrator of the Iloilo Mission Hospital, disclosed the planned meeting in a phone interview with Rappler on Thursday, December 30.

He said the last-ditch meeting followed their ultimatum, delivered during a December 29 meeting where PhilHealth said hospital accreditations would be extended up to January 31, 2022.

The hospital group, he said, will have a press conference on Friday afternoon, “whether or not the meeting will turn out to be good.”

“We told them that even if they extend [accreditation] to January 31, 2022, we have to see their commitment to us on or before December 31. That’s why we will have a last meeting on December 31,” Pedregosa said.

Pedregosa said the state-run insurance company claimed on December 29 that it has fast-tracked the approval of more than ₱1 million pesos in claims for every hospital.

But this may not be enough, he said, since PhilHealth allocated the money only for COVID-related claims.

“It was surprising to us that they can actually fast-track that, and just now,” the doctor said.

But he said the group’s petition paper specified payment of COVID and non-COVID claims.

“It just so happened that COVID claims made up more than 50% to 60%. We told them that we will not reconsider unless we see them releasing the check or the money; we have to see them holding that [check],” Pedragosa said.

The group will explain to the public the way forward should they ditch their PhilHealth accreditation.

Pedragosa said PhilHealth should also explain how the public can still avail of reimbursements for admissions in non-accredited hospitals.

“We owe the public an explanation on what this will lead to, and what would be our responsibility,” he said. “We mentioned to PhilHealth that at this time, they should have guidelines for patients admitted to unaccredited institutions.”

“They said that they wouldn’t reimburse, and I think they have to clarify that,” he said.

Iloilo Mission Hospital is one of the seven Iloilo City hospitals which threatened non-renewal of their PhilHealth accreditation in September. They announced on December 10 of their plan to move forward with non-renewal.