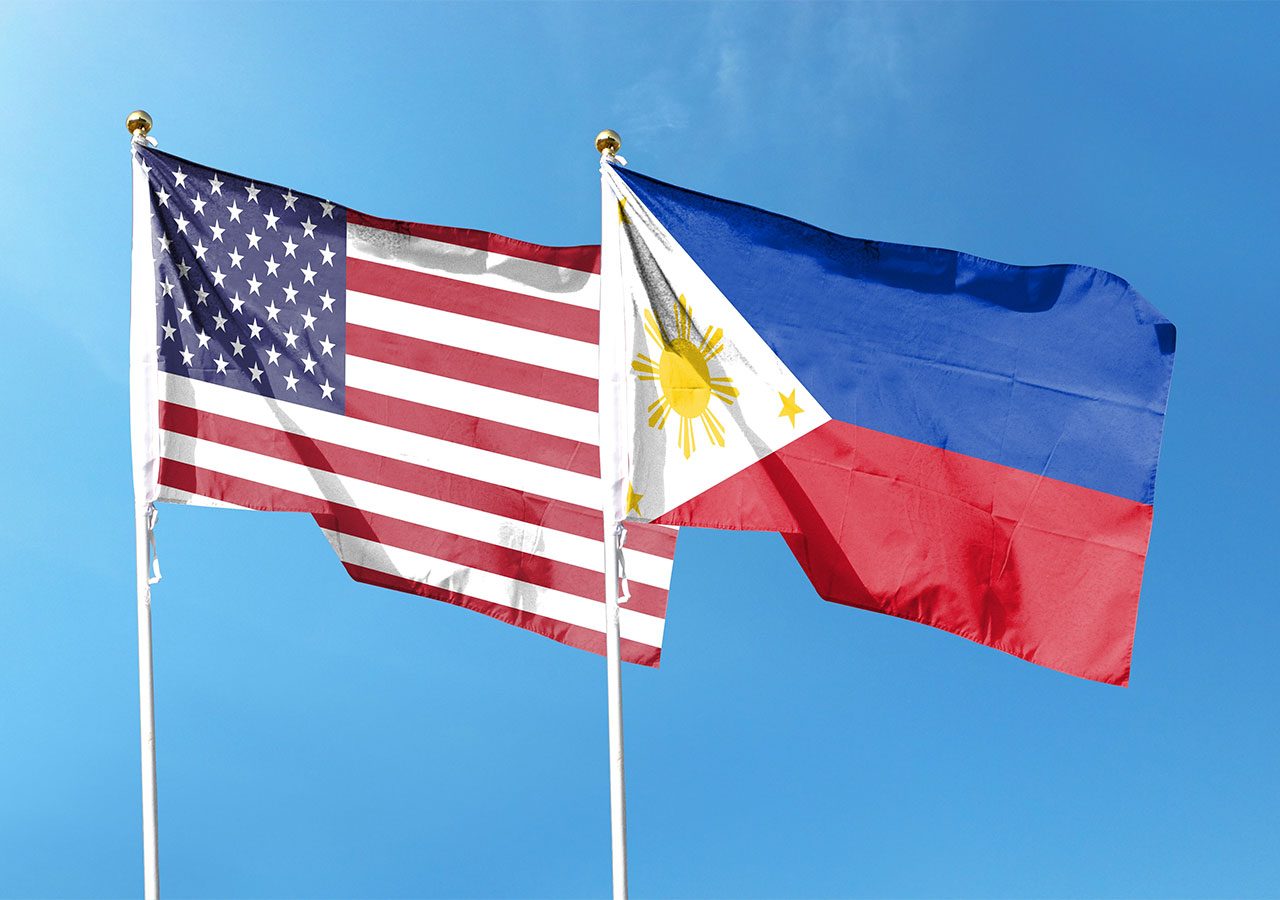 ALLIES. The American flag and Philippine flag against a blue sky.

MANILA, Philippines – The Philippines and the United States are in talks about potentially holding a “2-plus-2 meeting” of top diplomatic and defense officials by March, the Philippine ambassador to Washington said on Friday, January 20.

In a text message, Jose Manuel Romualdez confirmed a Nikkei report citing sources on the discussions about holding the first such talks in seven years and said the agenda would include issues such as tension over the South China Sea and Taiwan.

The Philippines is a defense ally of the United States, but under former President Rodrigo Duterte it avoided criticizing Beijing, eyeing Chinese investment.

Since President Ferdinand Marcos Jr. took office last year, several top US officials, including Vice President Kamala Harris, have visited the Philippines to shore up ties and discourage aggressive steps by China in the South China Sea and against self-ruled Taiwan.

The Philippines and the United States have a long-standing Mutual Defense Treaty and take part in joint training exercises each year, ranging from live fire and amphibious assaults to humanitarian missions and counter-terrorism drills.

Asked about a 2-plus-2 meeting, a US State Department spokesperson said there was nothing to announce but noted “the long-standing, ironclad alliance between the Philippines and the United States has contributed to peace, stability, and prosperity in the Asia-Pacific region for more than 75 years.” – Rappler.com