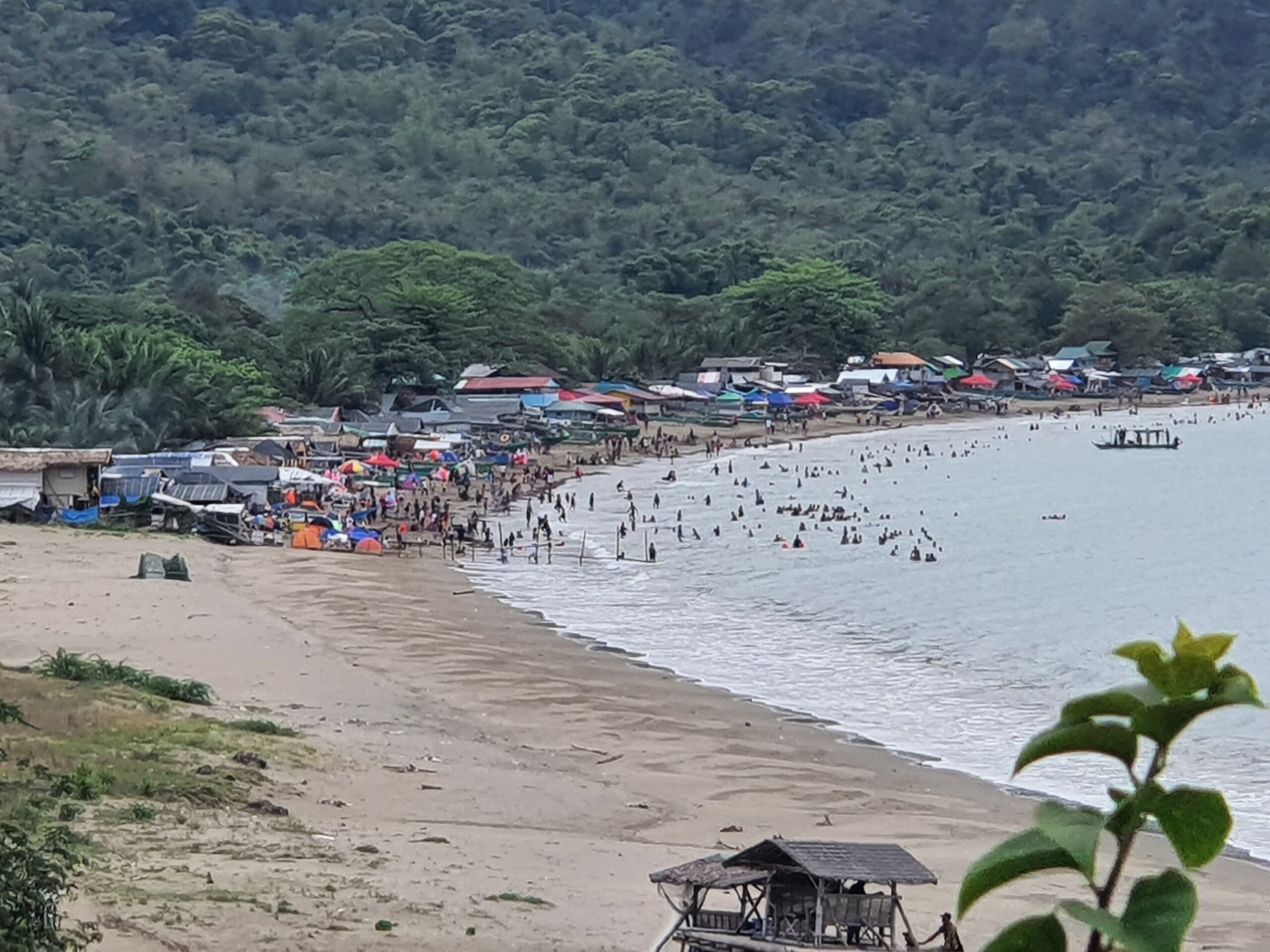 According to the PNP, they have arrested Leslie Plantar, Freddie Bascal, Joy Mendoza, and Rizza Sia. Eric Dominador and Ace Amul, who were also arrested, are now under hospital arrest.

The Writ of Demolition order was served by Sheriff Rommel Sisayan and Wilmar de Villa of the Fourth Judicial Regional Trial Court, Branch 15 in Naic, Cavite. They were accompanied by around 500 policemen and 500 demolition crew.

The presence of cops was also requested by the said court, according to PNP chief Police General Dionardo Carlos.

Sisayan, however, was forced to stop the demolition because people were getting hurt. Even Maragondon Police chief Major Jerry Flores, who first acted as ground commander, was hit on the head with a rock, according to Sisayan.

According to the police, the tension escalated between the affected residents, the police, and members of the demolition team.

Rights group Karapatan said the police and some members of a private security agency opened fire on the residents, who were holding a barricade in their area.

“The brazen firing of guns against unarmed civilians, and the overkill deployment of state forces and demolition personnel, can only come from orders from the local government. The people are in defense of their homes and livelihood, while these businesses and the local government prioritize profit over the people,” Karapatan secretary general Cristina Palabay said.

Fishers group Pamalakaya also slammed the violent incident. The group said they will also seek assistance from the Commission on Human Rights.

“We were actively defending our community against the demolition forces, why the need for the police to open fire? Clearly it was meant to intimidate us and instill terror. What the police failed to realize was that the more they use force and violence, the more it fuels our courage to face them and defend what is rightfully ours,” Dolly Tambungon of Pamalakaya-Patungan said.

However, the police claimed they only acted “within the bounds of law.”

“The Philippine National Police clarified that the police action that led to the arrest of six civilians during a demolition operation last January 13, in Maragondon, Cavite was within the bounds of law and in accordance with basic human rights,” the national police said.

Carlos said the police will also file complaints: “We will file necessary charges against those who inflicted harm to the wounded persons.”

Based on the police’s count, at least 21 police personnel and 14 members of the demolition team were injured. The police did not give the count of injured residents.

What’s the area in contention?

Patungan Cove is situated along Mount Palay-Palay, a mountain range known for its famous peak called “Pico de Loro”. It is an alternative beach frequented by tourists because of its beautiful view and clean water.

Around 400 residential structures and at least 2,000 individuals living in the community were affected by the demolition, according to the police. The land was being claimed by private entity MTV Realty Corporation, the PNP said.

The five-hectare land, originally claimed by the MTV Realty Corporation, has been sold to Manila Southcoast Development Corp. (MSDC), a development firm owned by the late business tycoon Henry Sy.

The MSDC plans to convert Patungan Cove into an exclusive beach resort adjacent to its Hamilo Coast in Nasugbu, Batangas. – Rappler.com