Pope Francis celebrates the Holy Mass in Coena Domini at the Civitavecchia prison in Civitavecchia, Italy, April 14, 2022. Vatican Media/Handout via REUTERS THIS IMAGE HAS BEEN SUPPLIED BY A THIRD PARTY.

MANILA, Philippines – Pope Francis has expressed his solidarity with victims of Tropical Storm Agaton (Megi), offering “prayers for the dead, injured, and displaced as well as those engaged in recovery efforts.”

IN PHOTOS: #AgatonPH lashes Leyte, other parts of Visayas 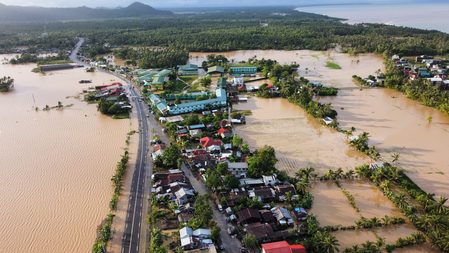 “Having been informed of the recent loss of life and destruction caused by Typhoon Megi, His Holiness Pope Francis wishes to express his solidarity with all those suffering in the wake of the storm. He also offers the assurance of prayers for the dead, injured, and displaced as well as those engaged in recovery efforts,” Parolin wrote.

“As a sign of spiritual closeness, His Holiness willingly invokes upon all the Filipino people God’s blessings of strength and peace,” the letter read.

Latest figures from the Department of Agriculture showed that damage and losses caused by Agaton have reached P639.7 million. The DA said that the amount was expected to go higher as more areas reported losses. (READ: Agaton’s damage to agriculture reaches P639.7 million)

As of Wednesday, April 13, the death toll from landslides and floods brought about by Agaton in Leyte province had risen to 73, local government and Bureau of Fire Protection officials said. 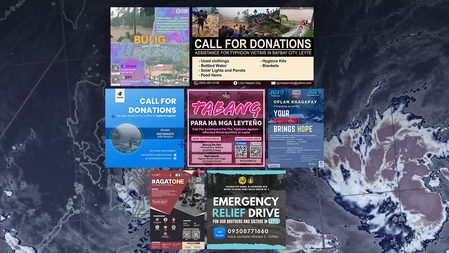