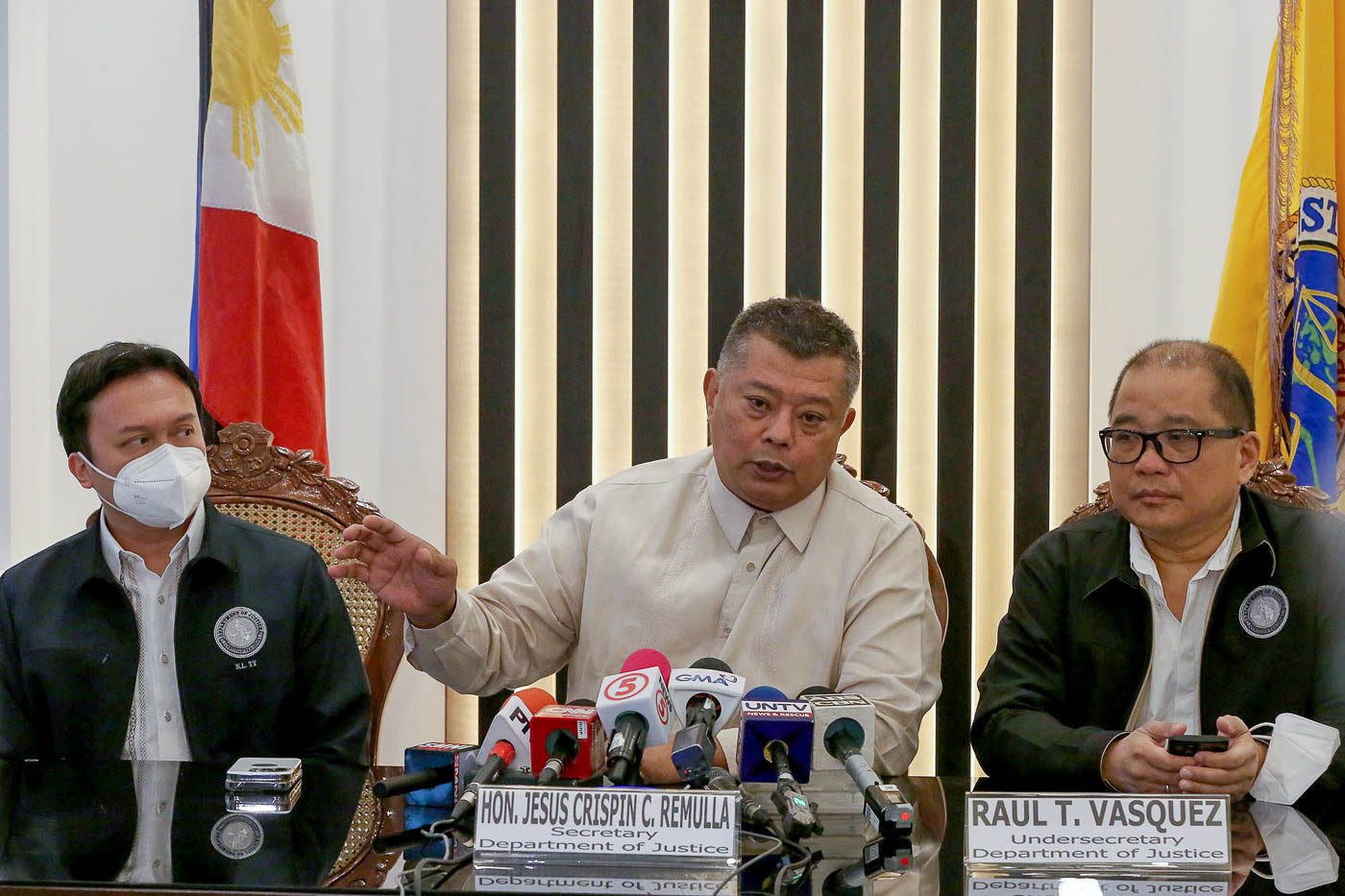 DOJ CHIEF. Justice Secretary Jesus Crispin Remulla faces the media in a press conference at the DOJ office in Manila on October 18, 2022, days after the arrest of his son due to alleged importation of illegal drugs.

Facebook Twitter Copy URL
Copied
'If it's an adverse case against my son, it will not be appealed here. It will go straight to the courts for trial,' Remulla says.

MANILA, Philippines – Justice Secretary Jesus Crispin “Boying” Remulla said appeals related to the drug charge and complaints against his son, Juanito Jose, will not go through his own department.

“That’s the question that was asked [to] me by the lawyers who I talked to. Sabi ko (I said), if there is a resolution, don’t let it reach the DOJ. Let it be discussed in court, whatever the case may be,” Remulla said during a press briefing with justice reporters on Tuesday, October 18 – the first time he faced reporters since he announced the arrest of his son last week.

Remulla said petitions related to the offenses of his son should be appealed in the courts: “If it’s an adverse case against my son, it will not be appealed here. It will go straight to the courts for trial.” 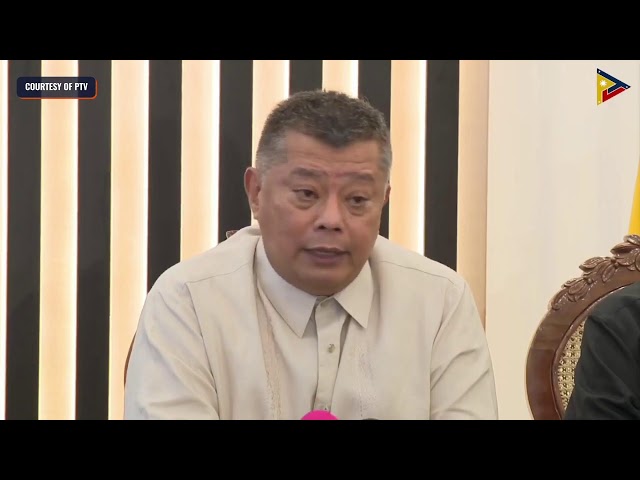 Under the Department of Justice’s (DOJ) department circular no. 27 or the rules on appeal, the Office of the Secretary of Justice, Remulla’s office, reviews all the resolutions of the prosecutor general in cases under its preliminary investigation. Resolutions of provincial and/or city prosecutors in cases cognizable by regional trial courts are also included.

Following judicial processes, if a prosecutor upholds a resolution in cases subject to preliminary investigation, a party may appeal before the DOJ secretary “within 15 days from receipt of the resolution, or of the denial of the motion for reconsideration/reinvestigation.” The DOJ chief then reviews the petition.

Juanito Jose, Remulla’s eldest son, was arrested by authorities in Las Piñas for alleged importation of 893.91 grams of high-grade marijuana, with an estimated street value of P1.25 million on October 11. However, it took two days before Remulla confirmed the arrest of his son.

The Philippine Drug Enforcement Agency (PDEA), among the lead authorities during the operation, only disclosed further details after the justice secretary confirmed the arrest. A day later, PDEA released a copy of the spot report, along with the photos and mugshots of Juanito Jose – but his face was blurred.

Remulla also reiterated that he is not resigning from his post.

“It will not happen. I will not comment anymore on the other issues there, but it will not happen,” Remulla said. “No comment, basta (but) I know myself, I know it’s not only me on trial here. It’s my son on trial, it’s the country on trial in some ways. It’s par for the course, it happens and no more comment on that.”

President Ferdinand Marcos Jr. earlier thumbed down calls for Remulla to resign, saying these have “no basis.”

During the briefing, Remulla added he has not talked to his son because he’s distancing himself from the case. His cousin, also a lawyer, is representing Juanito Jose, Remulla said.

So far, Juanito Jose is facing one charge and two complaints.

On Friday, the Las Piñas prosecutors’ office charged Juanito Jose with possession of dangerous drugs or violation of section 11 of the Comprehensive Dangerous Drugs Act of 2002. Under the law, he could face life imprisonment and a fine ranging from P500,000 to P10 million. 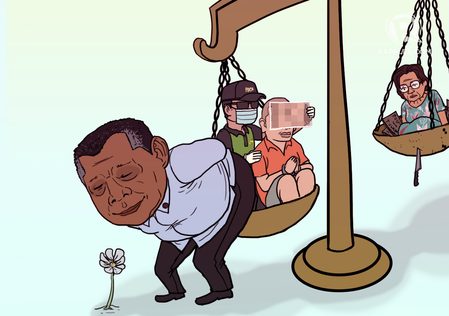 The case is now up for raffle at the Las Piñas Regional Trial Court.

Dela Cruz said Pasay City prosecutors have jurisdiction over the complaints since the incident happened within their area of jurisdiction. The complaints will also go through preliminary investigation, Dela Cruz added. – Rappler.com