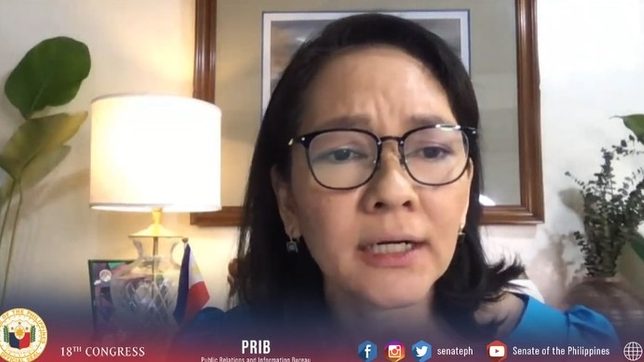 Senator Risa Hontiveros speaks during a hearing on the February PNP-PDEA shootout on May 24, 2021. Screenshot by Senate PRIB

A Senate hearing on the February shootout between cops and agents of the Philippine Drug Enforcement Agency (PDEA) on Monday, May 24, revealed that the PNP had tapped detainee Jonaire Decena alias “Mama Jo” to serve as its informant.

(Is it common practice of the police to use prisoners to help them in their anti-illegal drug operations? Is this standard operating procedure? It seems reality is stranger than fiction.)

The senator said the bungled buy-bust operation between the PNP and PDEA – vanguards of President Rodrigo Duterte’s controversial war on drugs – was not the only time that a detainee had allegedly been used as an informant.

Hontiveros said her office had sourced a video of another female detainee who admitted working for the PNP when cops almost clashed with PDEA agents during simultaneous buy-bust operations in a Quezon City mall on May 14.

In the video, the woman said she was detained on February 3. When asked why she was able to leave her detention cell on May 14, the woman replied, “May trabaho po kasi kami (We have a job to do).”

Hontiveros then called on the PNP leadership to investigate “this serious allegation.”

(If we want public order, the protocols should already be orderly and strategic. The police can’t just do things on a whim.)

During the Senate hearing, PDEA blamed the PNP’s lapses in the conduct of its buy-bust operation for the misencounter that killed two cops, a PDEA agent, and a PDEA informant.

PDEA Director General Wilkins Villanueva also said both his group and the PNP were supposedly fooled by their informants. – Rappler.com