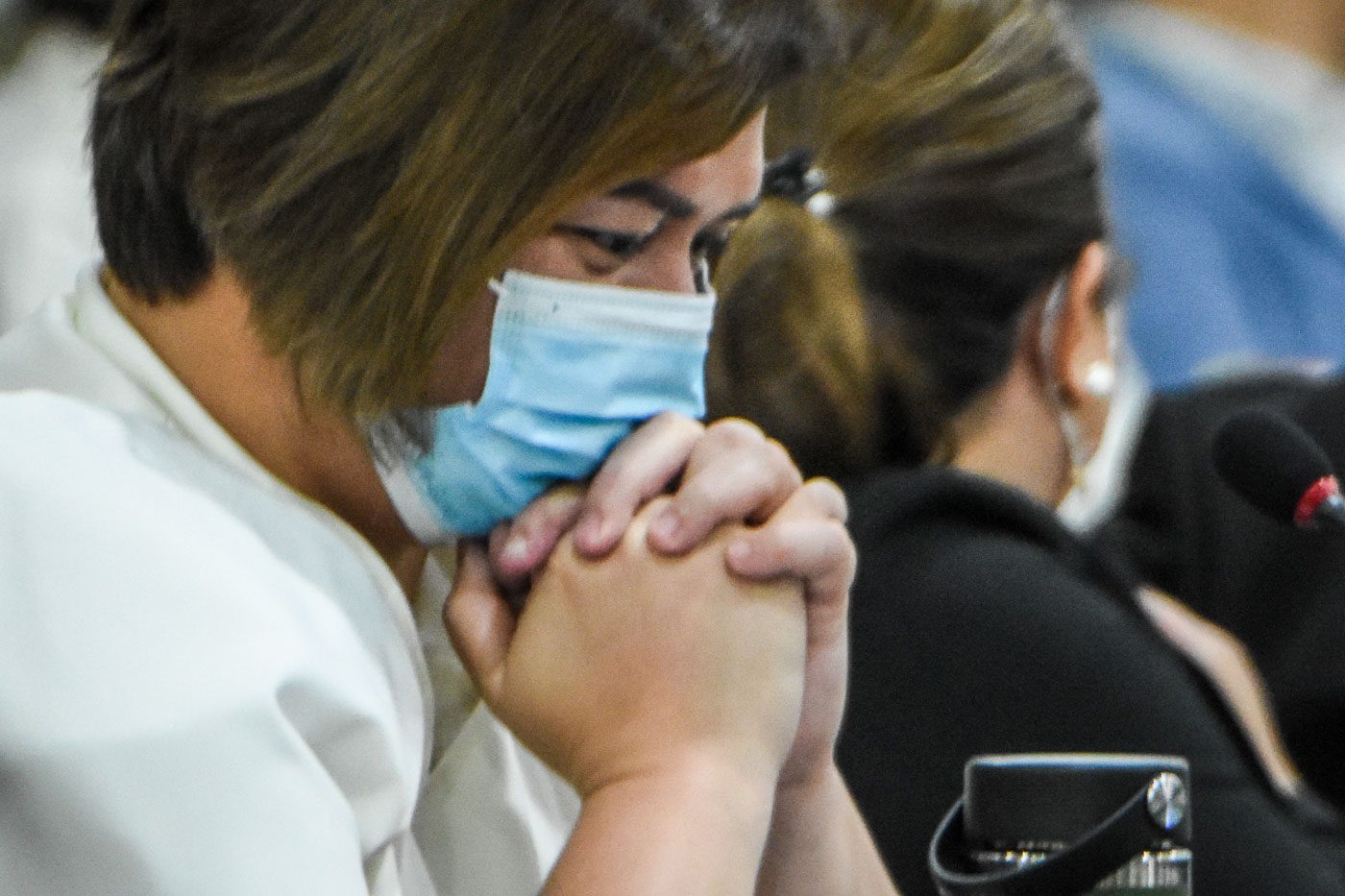 Education Secretary VP Sara Duterte-Carpio attends the 2023 budget briefing of the Department of Education and its attached agengies, at the House of Representatives on September 14, 2022. Angie de Silva/Rappler

During the budget deliberations at the House of Representative, Gabriela Representative Arlene Brosas asked Duterte why there was such line item in the DepEd budget.

(The government needs to address the lack of facilities, classrooms, equipment, and the teachers who were severely affected by the quality of education that we have. My question is you have P150 million confidential funds for DepEd, what is this for?)

Duterte answered that OVP and the DepEd are two separate entities that have separate mandates.

“The success of a project, of activity or program really depends upon very good intelligence and surveillance because you want to target specific issues and challenges,” Duterte said. She added that the confidential funds would be used for security and surveillance.

“As previously mentioned, sexual grooming of learners, recruitment in terrorism and violent extremism, drug use of DepEd personnel, these are not laid out for regular personnel to see that is why we need the help of the security cluster and the security sector to address these issues and challenges to basic education,” Duterte said.

(We lack classrooms, chairs and textbooks, then you will put confidential funds that we won’t be able to account.)

Under the National Expenditure Program, the DepEd budget for 2023 is at P710.66 billion.

Due to the swift termination of the OVP budget deliberations, lawmakers were not able to ask the OVP about the P500-million confidential funds.

At a press briefing on September 1, OVP spokesman Reynold Munsayac said the confidential funds would be “utilized in compliance with the joint circular issued by the COA (Commission on Audit) and DBM.”

“The position and mandate of the Vice President allows her to utilize those kinds of funds regarding peace and order and national security, especially as we have livelihood projects that will be implemented in conflict areas in our attempt to maintain peace, order, and push for national security projects,” he added. – Rappler.com